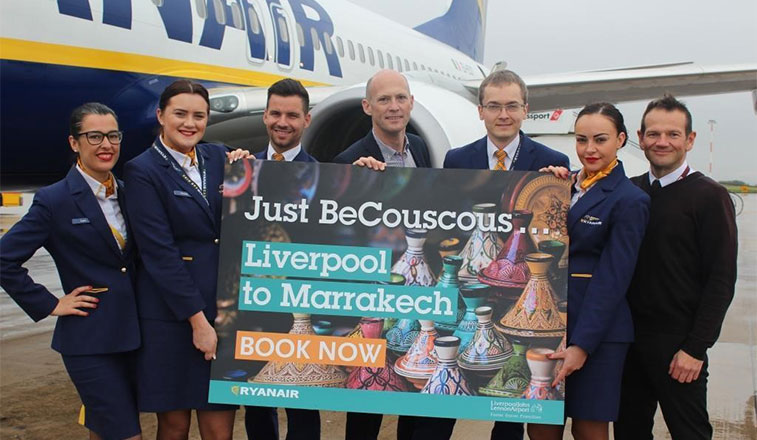 On 31 October Ryanair added Marrakech to its Liverpool network. Flown twice-weekly (Mondays and Fridays), the 2,451-kilometre link becomes the airline’s 26th route from the UK airport according to OAG schedules, and the carrier’s first link to Africa from Liverpool. Seen celebrating the route launch with the inaugural crew is Mark Povall, Director of Air Service Development, Liverpool Airport. On 30 October Ryanair launched two new Italian routes to Nuremberg – Rome Ciampino and Milan/Bergamo. Both will be flown daily. Seen celebrating the launch at the German airport are: Jan C. Bruns, VP Operations, Nuremberg Airport; Dr. Günther Kreuzer, Italian Honorary Consul; Dr. Michael Hupe, MD Nuremberg Airport; and Christian Kaeser, Head of Aviation Marketing and Business Development, Nuremberg Airport, together with members of the Italian community “Il Salotto” in Nuremberg. After the official photos, Kaeser managed to snap the moment with a selfie along with the some of the VIPs. Seen watching over the cake cutting, commissioned to celebrate Ryanair’s new route to Krakow, in Bournemouth on 31 October is the UK airport’s MD Paul Knight. The 1,527-kilometre link to Krakow will be flown twice-weekly (Mondays and Fridays) facing no direct competition. 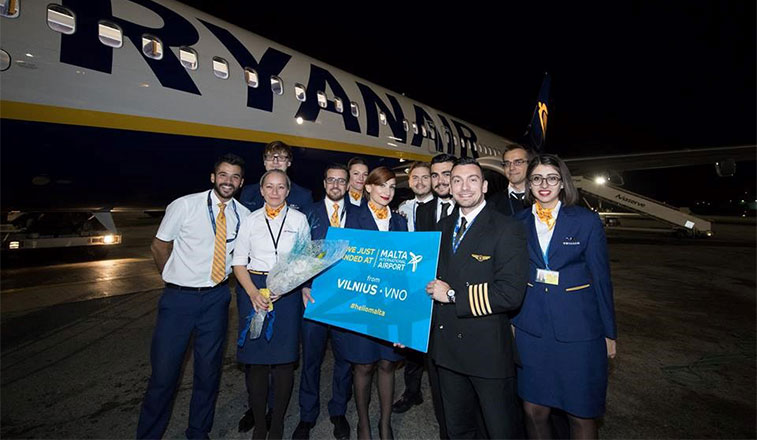 Malta welcomed the arrival of Ryanair’s new link from Vilnius on 30 October, a route announcement that anna.aero was live from back in March at CONNECT that took place in the Lithuanian capital. The route between Vilnius and Malta will be flown weekly (Sundays). Ostrava Airport welcomed the arrival of Ryanair’s new connection from Milan/Bergamo on 30 October. To celebrate, the Czech Republic airport handed out champagne to passengers on the first flight. The 769-kilometre airport pairing will be flown twice-weekly (Thursdays and Sundays). Celebrations were had in Vilnius on 30 October to celebrate the launch of Ryanair’s new daily service to Oslo Gardermoen – a new airport addition to the Ryanair network this week. The Lithuania-Norway capital connection will operate daily and is one of 19 new Ryanair routes launched this week that will face direct competition. 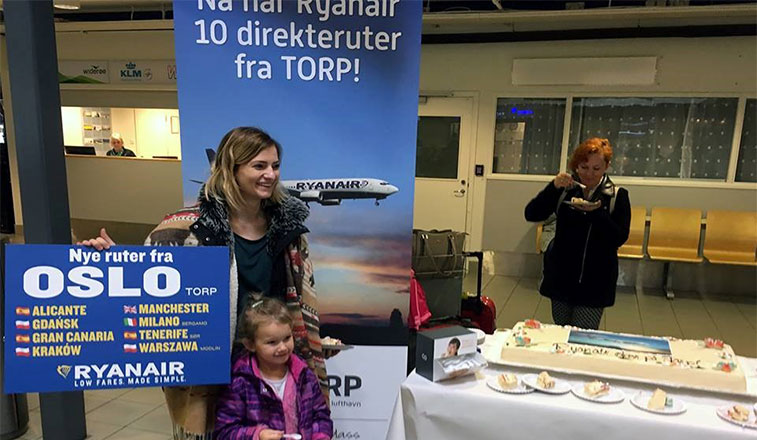 Along with adding Oslo Gardermoen to its network this week, Ryanair also expanded operations from its Torp operation in the Norwegian capital with new links to Gdansk, Krakow, Manchester, Milan/Bergamo and Tenerife South on 30 October. Warsaw Modlin was added to the schedule a day later. On 31 October Gran Canaria celebrated with a cake the start of flights with Ryanair from Glasgow. The 3,227-kilometre airport pair will be flown weekly (Mondays) on the carrier’s 737-800s.