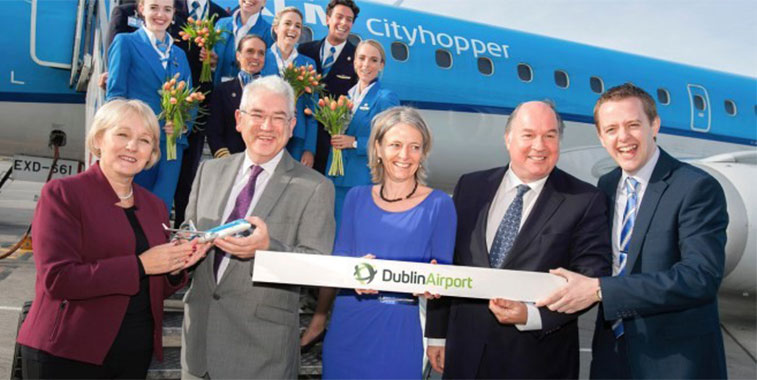 KLM commenced flights to its latest European destination on 30 October – Dublin. The SkyTeam member will operate the 748-kilometre route twice-daily on its E190 fleet. From next year, the airline has already announced that the connection will be flown up to four times daily. Amongst the line-up at Dublin is Vincent Harrison, MD Dublin Airport (second from left). Passengers disembark KLM’s inaugural flight from Amsterdam in Windhoek on 30 October, a route which operates via the carrier’s existing Luanda service. Once all passengers were off the flight, it was then time for a VIP line-up photo to be taken. KLM will operate to the Namibian capital thrice-weekly.