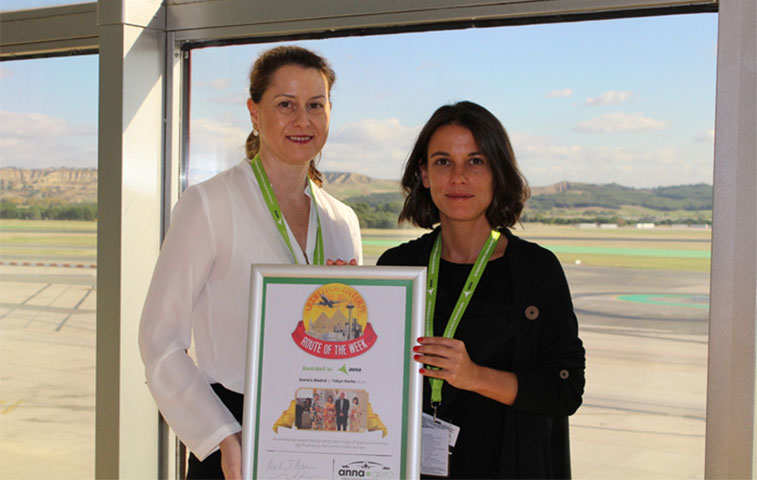 On 31 October easyJet began services from Venice Marco Polo to Budapest. The thrice-weekly service was welcomed with a splendid opera-inspired cake and a fire truck water arch. Seen with the LCC’s crew were William Vet, Commercial Manager for Netherlands, easyJet and Balázs Bogáts, Head of Airline Development, Budapest Airport. 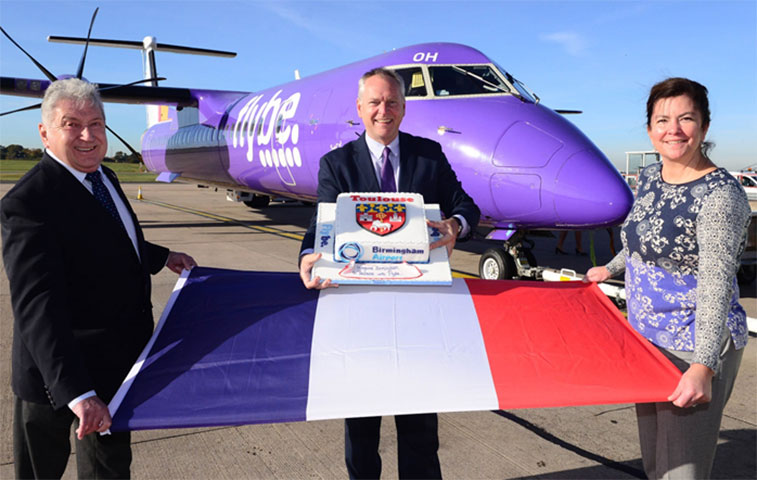 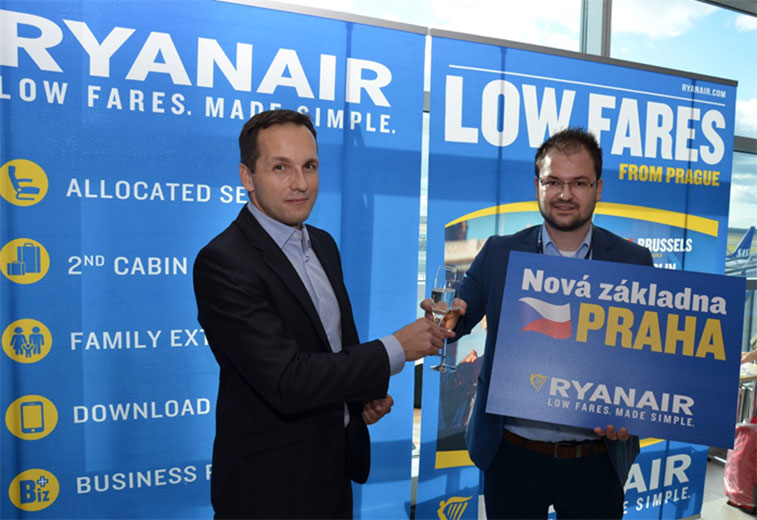 Cheers in Prague. At an event to celebrate the occasion of new Ryanair flights to Milan/Bergamo and Rome Ciampino, as well as the opening of its Prague base, Jiří Vyskoč, Director of Aviation Business, Prague Airport and Denis Barabas, Sales and Marketing Executive CEE, Ryanair, have glass of fizz. The ULCC now has two based aircraft in Prague and offers flights to Brussels Charleroi, Dublin, London Stansted, the above Italian routes, and from S17, Liverpool and Trapani. Alicante Airport recently welcomed passenger number 11 million in 2016 – the first time it has passed this passenger milestone. The Norwegian aircraft, which had the 11 millionth passenger on board, was received with an almost perfect water arch, and was welcomed by Alfons Claver, ‎Communications and Institutional Relations Manager, Spain, Norwegian and the Alicante Airport Director, Santiago Martínez-Cava. 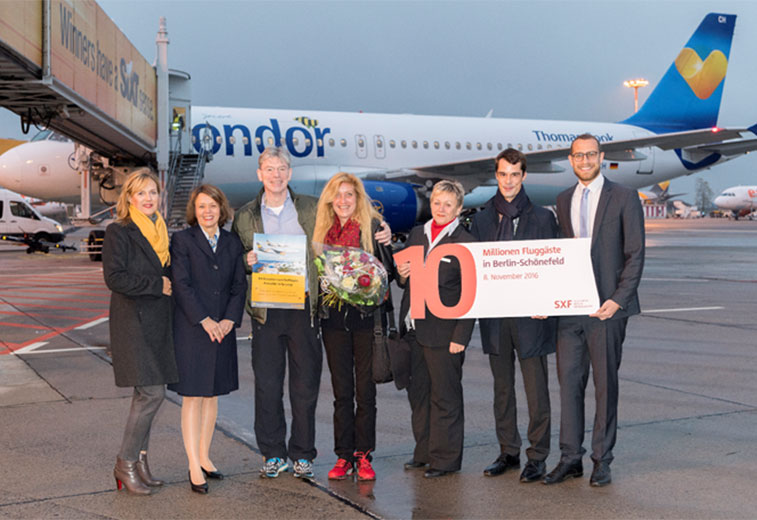 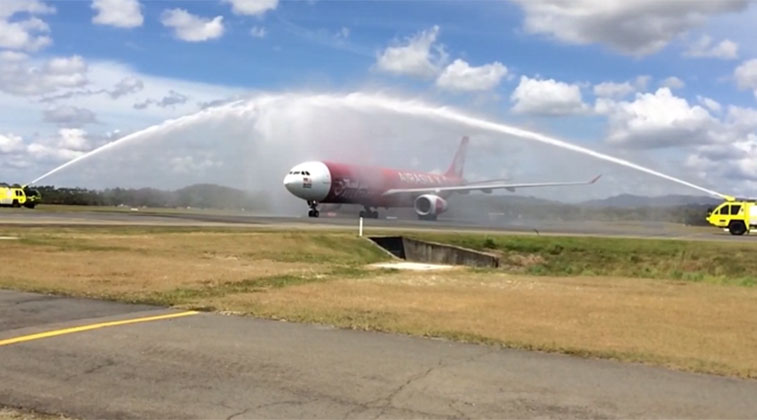 Gold Coast Airport recently celebrated the ninth birthday of AirAsia X services, with this finely executed Fire Truck Water Arch. Not only was the Queensland airport the first Australian airport for AirAsia X, but it was the LCC’s first route, first aircraft, first everything! Something well-worth celebrating. Sydney Airport’s second annual Runway Run took place on 5 November, launching the 2016 Sydney Airport Community Christmas Giving Appeal in partnership with Ronald McDonald House Charities. Dressed in iconic Ronald McDonald inspired red wigs and stripy socks, 115 members of the public competed in heats on the airfield, framed by the iconic Sydney skyline and aircraft movements. The run raised A$11,500 to kick off the campaign to support sick children and their families away from home this Christmas. “I was delighted to see enthusiastic and competitive runners of all ages and abilities take part in the race to launch our annual Christmas Appeal,” Sydney Airport MD and CEO Kerrie Mather said.