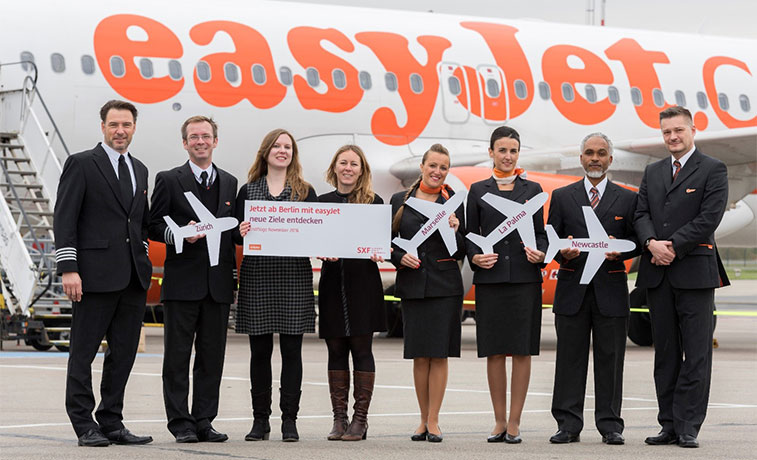 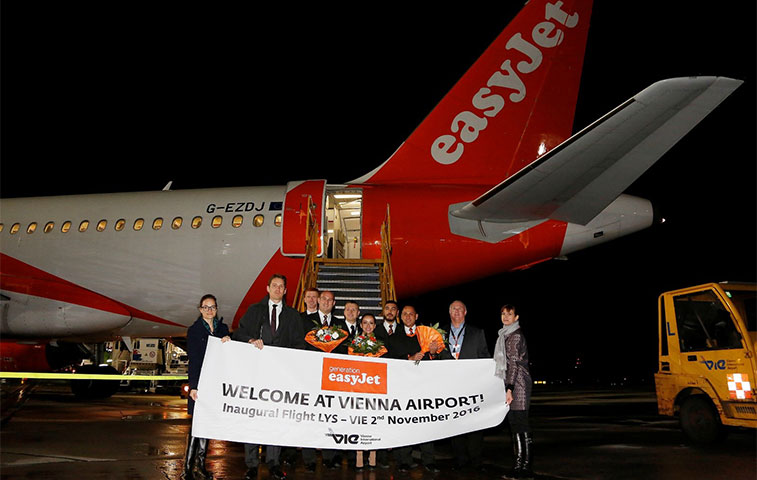 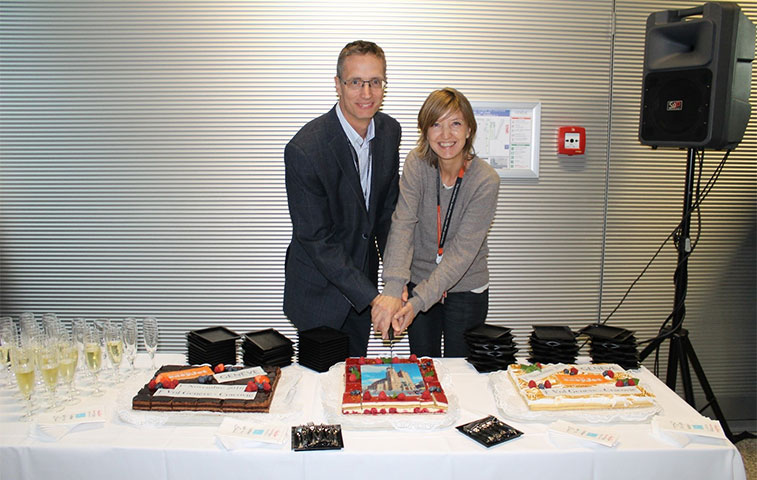 Yves-Daniel Viredaz, Head of Marketing & Business Development, Geneva Airport and Silvia Herrero, Marketing Manager Switzerland & Germany, easyjet cut one of the three cakes which heralded the start the LCC’s two new services this week from the Swiss airport, to Fuerteventura and Krakow. 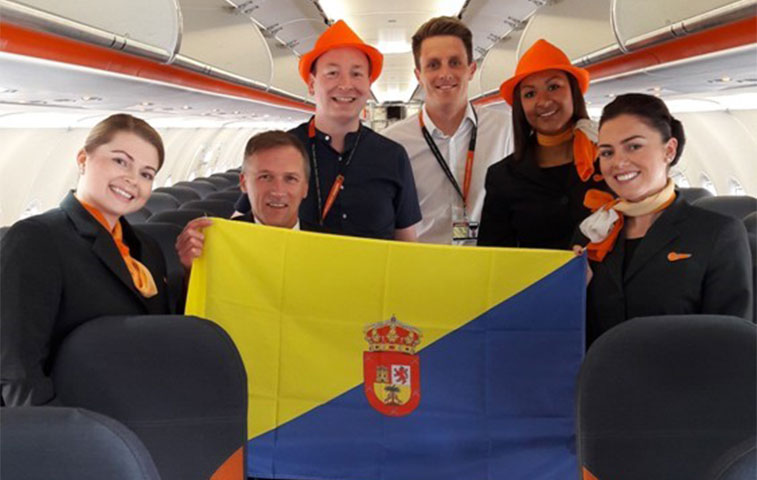 London Southend waved the Gran Canaria flag to note the commencement of its latest route from based carrier easyJet, the twice-weekly, 2,950-kilometre sector to the Canary Island on 6 November. easyJet started two new services from Newcastle this week, to Gran Canaria (weekly) and Berlin Schönefeld (thrice-weekly). To mark the occasion, a local couple from Durham, Val and Tony McFarlane, welcomed the first Berlin to Newcastle flight, which was operated by their son Marc, who is based in Berlin as easyJet cabin crew manager and who they rarely get to see. Needless to say, Marc didn’t expect that welcome!