Ryanair bounces into Bucharest from Bristol 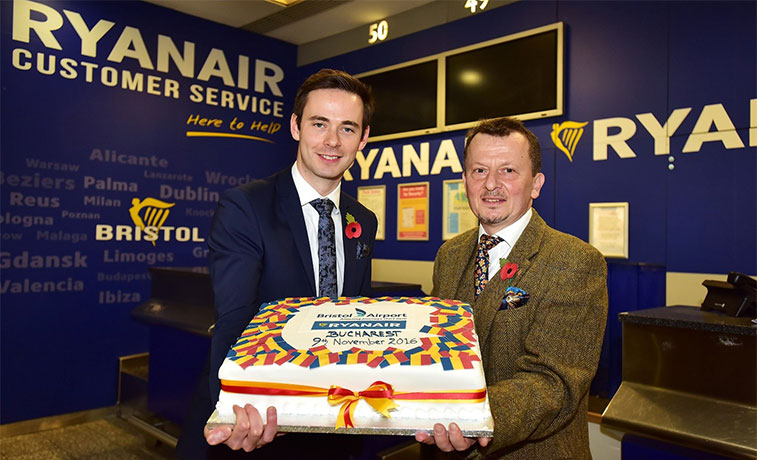 There is no doubt that this is the first flight to Bucharest from Bristol operated by Ryanair, given all the Romanian flags on the cake. Holding the culinary creation is Peter Downes, Bristol Airport’s Head of Aviation and Razvan Constantinescu, the Honorary Consul of Romania in Bristol. The first flight passengers enjoyed complimentary cakes decorated with Romanian flags at check-in.