SpiceJet set to handle 14 million passengers in 2016 but still only serves six international destinations; first of 42 737 MAX 8s coming in 2017 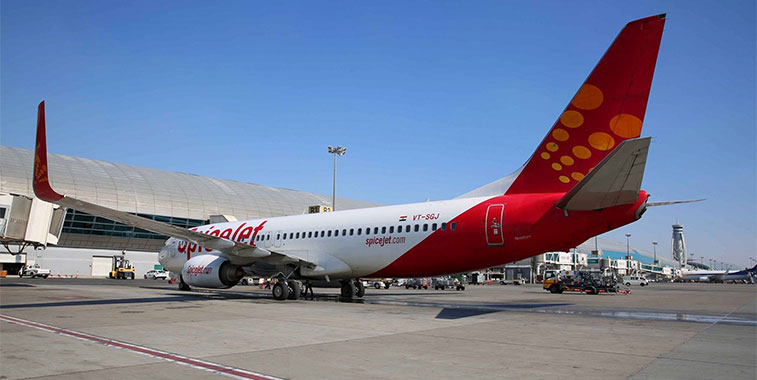 SpiceJet operates to Dubai from 10 Indian airports making it by far the airline’s leading international market. In fact, it ranks seventh among all of the 40+ airports that SpiceJet currently serves, of which only six are outside of India. 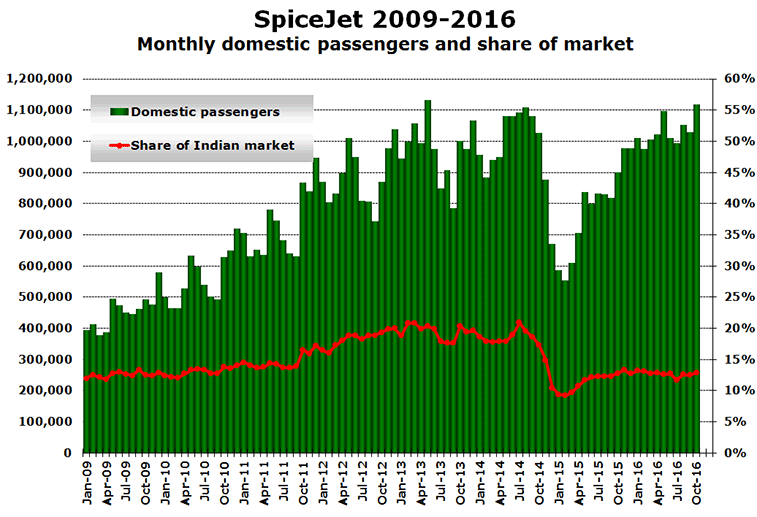 Delhi is biggest base with most routes

SpiceJet’s share of seat capacity at India’s six biggest airports varies. In Mumbai (6%), Delhi (7%) and Bengaluru (8%) the LCC has less than 10% of seats, but at Kolkata (11%), Chennai (15%) and Hyderabad (15%) it is responsible for more than one in every 10 seats flown. However, Delhi and Mumbai are the airline’s biggest airports in terms of weekly departing seats. Delhi, with 22, also has more destinations served non-stop by SpiceJet than any other airport. Chennai with 19 routes beats Hyderabad with 17. The LCC’s seventh biggest airport is Dubai (shown in bright green) which is served from 10 Indian airports. This gives SpiceJet a 10% share of the India-Dubai market, behind Emirates (45%), IndiGo (12%), Jet Airways (12%) and Air India Express (11%). 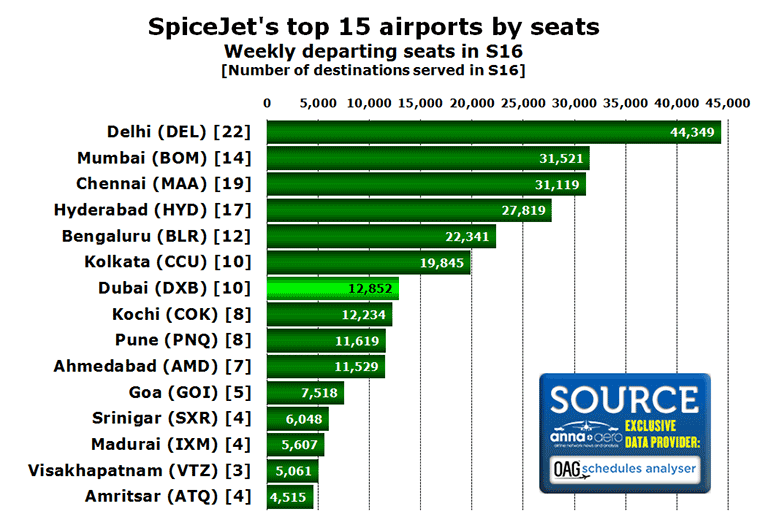 In total SpiceJet was serving 40 destinations as of the beginning of August. Since then it has added Aizawl, Gorakhpur, Jodhpur and Silchar. Apart from the 10 Dubai routes, SpiceJet also offers a further seven international routes. These are to five airports; Bangkok (two routes), Colombo (two routes), Kabul, Malé and Muscat (one route each). In the past SpiceJet has also flown to Guangzhou (China), Kathmandu (Nepal), Riyadh (Saudi Arabia) and Sharjah (UAE). 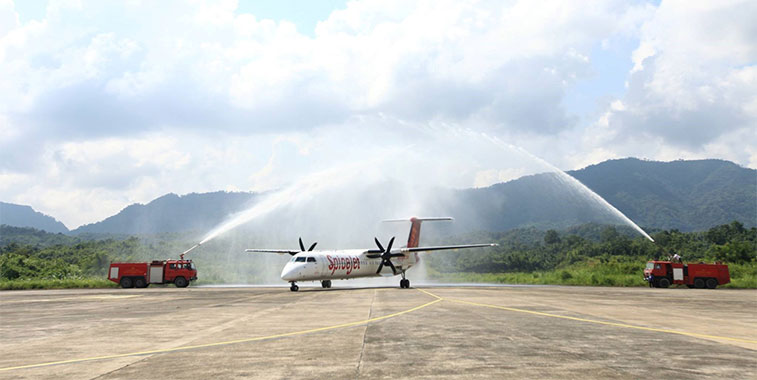 This scenic water arch salute took place at Aizawl on 4 October to celebrate the arrival of SpiceJet’s first flight from Kolkata. Aizawl is one of four new destinations added to SpiceJet’s domestic network in the last few months along with Gorakhpur, Jodhpur and Silchar.

SpiceJet’s weekly capacity has grown by over 30% between August 2015 and August 2016. However, the number of flights has increased just 22% indicating a higher proportion of the flights are now being operated by the larger 737s than the smaller Q400s. In addition while the number of routes operated has grown by only around 11% from 89 to 99, the average weekly frequency has increased from below 10 flights per week to over 11. In other words the airline’s capacity growth of 33% can be explained roughly equally by three factors; more routes, higher average frequency per route and larger aircraft size.

Looking further ahead the airline should start to receive the first of its 737 MAX 8s in 2017. SpiceJet ordered 42 of the type in March 2014 at a list price of $4.4 billion. At present anna.aero is not aware of any additional new routes that SpiceJet plans to operate in the near future. 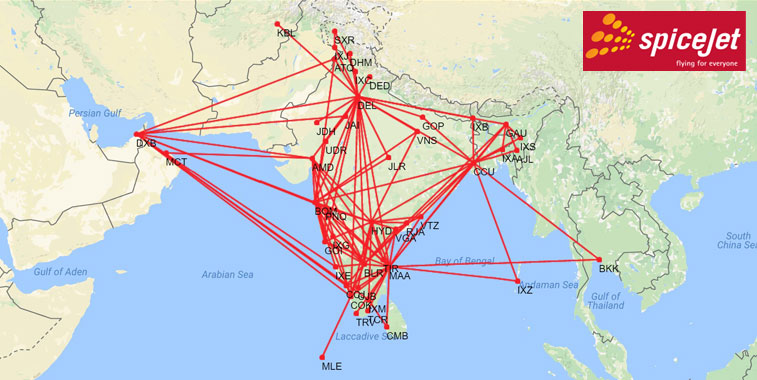