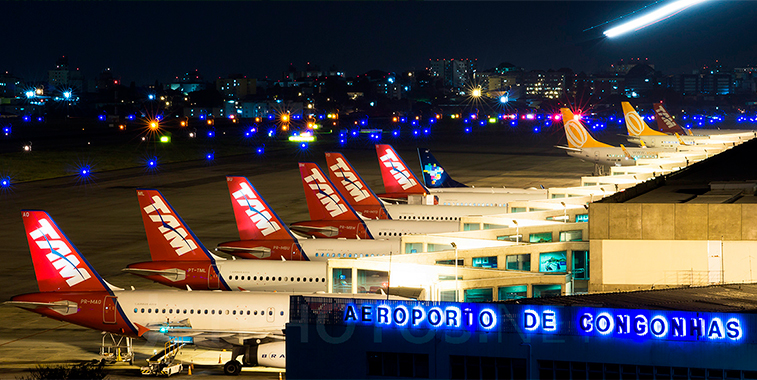 Between January and October this year, Sao Paulo Congonhas Airport has welcomed just over 17 million passengers, up 7.6% when compared to the same 10-month period of 2015. The airport’s biggest carriers are GOL and LATAM Airlines Brasil (formerly TAM Airlines), with the former occupying just under 46% of annual seats, and the latter around 44%.

Sao Paulo Congonhas is one of the two airports that serves Brazil’s most populous city, with the other being Sao Paulo Guarulhos. Congonhas acts as the domestic gateway to Sao Paulo, while Guarulhos is the international hub. Last year Congonhas welcomed 19.2 million passengers, while Guarulhos welcomed just under 39 million. While the latter airport’s traffic fell 1.4% last year, Congonhas bucked the current decline being seen at most Brazilian airports, with traffic up 6.0% for the 12-month period.

So far this year, Congonhas has witnessed and average month-on-month growth in traffic of 7.7%. Between January and October this year, only two months have seen declines, with traffic down 2.1% in January and 0.4% in April. Along with these two months, a further 13 since January 2012 (highlighted in light green) have posted negative traffic results. The best performing month so far this year is August, when passenger levels grew by over 17%, with May, July, September and October also posting double-digit growth. 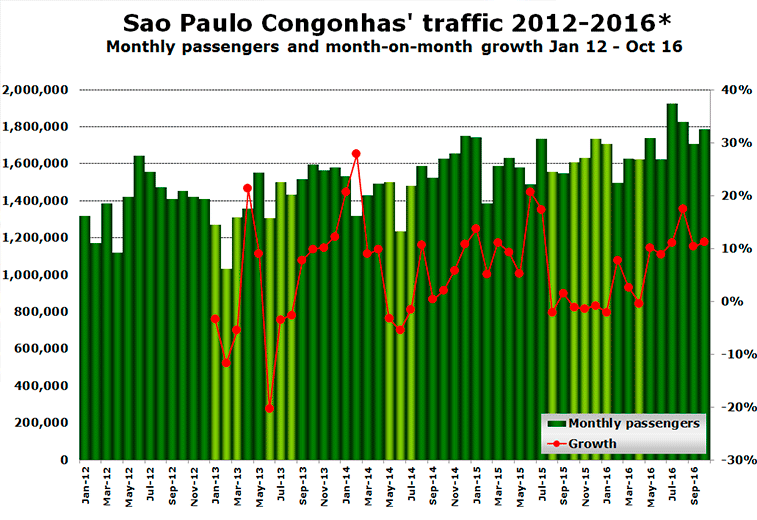 2016 is looking likely to be the best year for growth at Congonhas in recent history. In 2013 the average monthly growth rate was 1.5%, while in 2014 it was 7.2% and in 2015 it was 6.5%. As detailed earlier, for the first 10 months of 2016 the average monthly rise in traffic is 7.7%. If this level of growth is continued through to the end of 2016, then the airport can expect to welcome over 20 million passengers, a feat which anna.aero predicts the airport will pass by around 700,000 passengers if trend continues. However, last year the airport recorded passenger drops in November (1.4%) and December (0.9%), nonetheless the airport can still pass the 20 million barrier if it is able to achieve an average monthly growth rate of above 4.1%.

Congonhas in 2016 is served by just four airlines – GOL (46% of airport’s seat capacity in 2016), LATAM Airlines Brasil (44%), Avianca Brasil (7.1%) and Azul Airlines (3.7%). Until 2009, the largest airline at the airport was TAM Airlines (now LATAM Airlines Brasil), when it had an 11-point lead over second-placed carrier GOL. However, the latter became the airport’s number one airline after the restructured VARIG was fully integrated into the LCC’s operation after being purchased two years previous for US$320 million. Since 2007 the following airlines have also served Congonhas, before either becoming non-operational or being incorporated into another serving airline: Brava Linhas Aéreas (served between 2011-2014); Webjet (2010-2013 before being acquired by GOL); Pantanal Linhas Aéreas (served until 2009 before being incorporated into TAM Airlines in 2013); VARIG (2009 merger with GOL); OceanAir (now Avianca Brasil); and TAM Airlines (now LATAM Airlines Brasil).

The following table shows the market share at Congonhas between 2007 and 2016. It should be noted that between 2007-2014, LATAM Airlines Brasil’s data is TAM Airlines, while Avianca Brasil before 2009 is OceanAir. 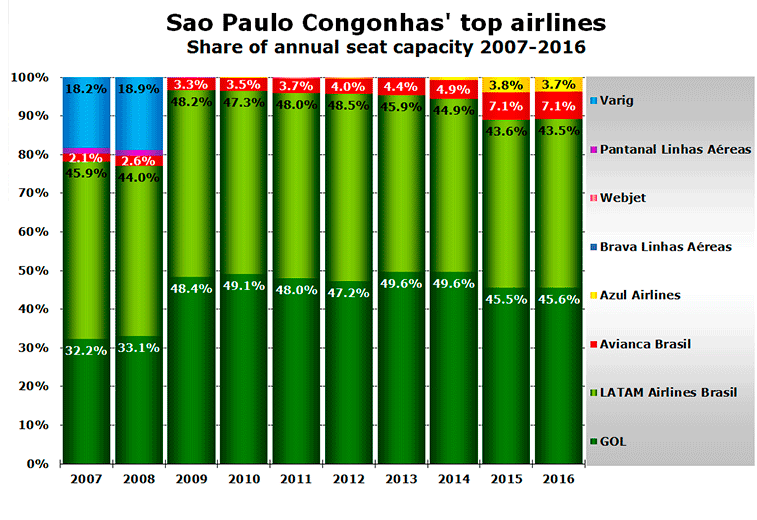 Depsite the past decade being dominated by two major players, the past two years has seen steady growth from Azul Airlines and Avianca Brasil, with the former gaining a three-point increase in its market share since 2014, while the latter has too seen a three-point gain. These carriers’ expansion from the airport in 2014 and 2015 has resulted in market leader GOL seeing a three-point drop since 2014.

During the past 12 months, both GOL and LATAM Airlines Brasil have recorded steady capacity growths from Congonhas, with the former’s seat capacity up 2.3% and the latter’s seeing a 2.0% rise. However the best performing airline at the airport in 2016 is Avianca Brasil, with it reporting a 2.9% increase in seat capacity this year when compared to 2015. Azul Airlines however has not performed as well as its competition, with it figures indicating a drop in seat availability of 0.7%. 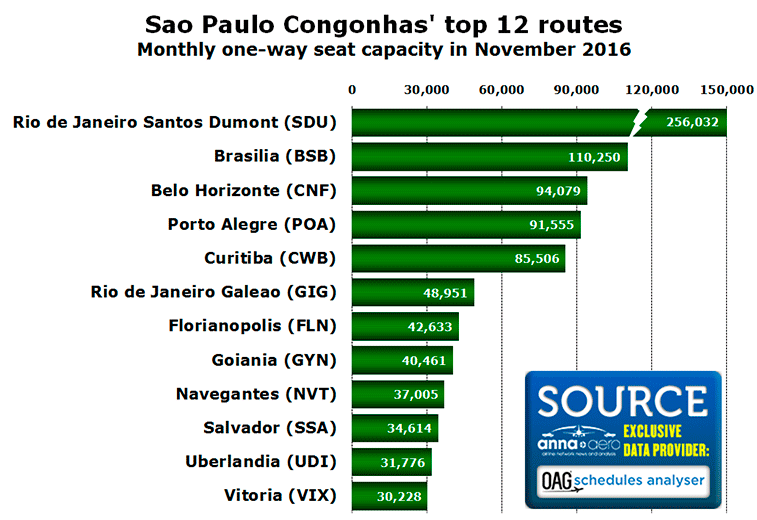 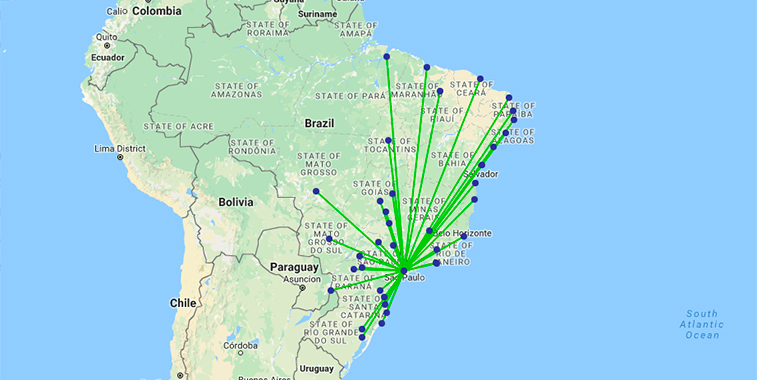 Sao Paulo Congonhas this winter is connected to 37 airports across Brazil. The number one route is to Rio de Janeiro Santo Dumont. The link is served by GOL, LATAM Airlines Brasil and Avianca Brasil, with the route overall occupying 22% of Congonhas’ departing seat capacity.