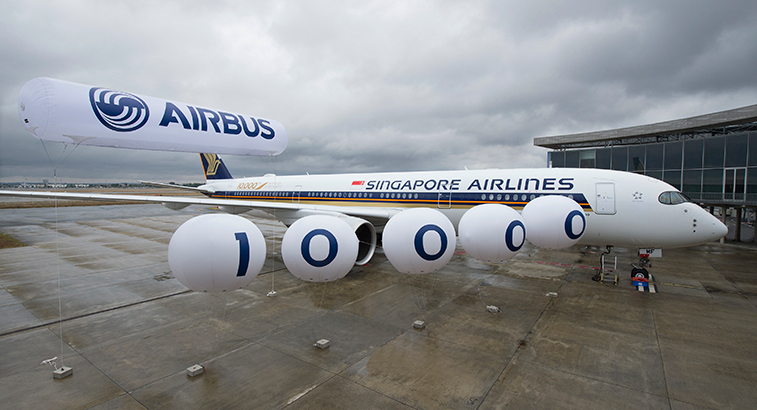 On 14 October Airbus achieved the milestone of delivering its 10,000th aircraft, with the recipient aircraft being an A350-900 for Singapore Airlines, the Asian carrier’s sixth unit of the type. “Since our earliest days, innovation has been at the heart of everything we do at Airbus,” said Tom Enders, Airbus Group CEO, at the handover ceremony to the Asian carrier. “This has seen us develop what is today the world’s most modern and comprehensive aircraft family. With a strong emphasis on research and technology, continuous innovation and product improvement, we will ensure that we remain ahead of the curve, delivering airlines the best our industry has to offer.”

Deliveries in the 10th month of 2016 for Airbus and Boeing reached 108 units, taking the collective total for both manufacturers so far this year to 1,133 units. At this point last year the combined total was 1,129, meaning that the joint-operation of both companies is four units better for the same 10-month period this year. The total of 108 aircraft deliveries in October was 26 less than those which were distributed in September, however it is one more than the combined delivery total of October 2015. October was only the second month this year where Boeing has not passed Airbus for total unit deliveries, with August being the only other month where the European aircraft maker was able to defend against its US rival, handing over two more aircraft that month (61 Airbus; 59 Boeing). With both manufacturers equaling each other for deliveries in October, the gap that Boeing has over Airbus remains at 101 units for 2016. In relation to the distribution of narrow-body and wide-body aircraft, 70% of deliveries last month were narrow-body (76 units), with the remaining 30% being wide-body (32).

Airbus ended October with a total of 54 units, eight less than it delivered in September, but two more than it distributed during the corresponding month of last year. In October, single-aisle deliveries were led by the A320 (21 units each) followed by the A321 (20 units). One A319 was also delivered to Avianca. This means that a total of 42 single-aisle units were distributed by Airbus in October, with it also being the eighth consecutive month this year where Airbus has either delivered more, or matched the total of single-aisle unit deliveries of Boeing. A total of 18 airlines received the A320 in October, the same amount as September. The largest recipients of the type were Eurowings and Spirit Airlines, with both carriers receiving two. In relation to A321 deliveries, 14 carrier received the type, with the largest customers being American Airlines, China Eastern Airlines, China Southern Airlines, Interjet, Sichuan Airlines and TransAsia Airways, with each collecting two units.

In relation to the wide-body market, Airbus handed over 12 units in October, three more than in the previous month, and equal to October 2015. Wide-body units were led by the A350-900, with Cathay Pacific Airways, Singapore Airlines, Thai Airways and Vietnam Airlines each collecting one. This total of four A350 deliveries is one less than during September. Emirates – the world’s largest A380 operator – collected two more of the type in October, while one was also delivered to Asiana Airlines.

On 14 October, Airbus celebrated a major business milestone, the delivery of its 10,000th aircraft. The air frame was the sole A350-900 delivery to Singapore Airlines that month, with that being the carrier’s sixth unit of the type. “Since our earliest days, innovation has been at the heart of everything we do at Airbus,” said Tom Enders, Airbus Group CEO, at the handover ceremony to the Asian carrier. “This has seen us develop what is today the world’s most modern and comprehensive aircraft family. With a strong emphasis on research and technology, continuous innovation and product improvement, we will ensure that we remain ahead of the curve, delivering airlines the best our industry has to offer.” The European manufacturer also states that it is achieving its highest level of production ever, and it is on track to deliver at least 650 aircraft this year. “Singapore Airlines is honoured to be receiving the 10,000th aircraft that Airbus has delivered. Airbus aircraft have contributed greatly to Singapore Airlines’ successes over the decades, and we are proud to be sharing this important milestone with our longstanding and trusted partner,” said Goh Choon Phong, CEO of Singapore Airlines in Toulouse. 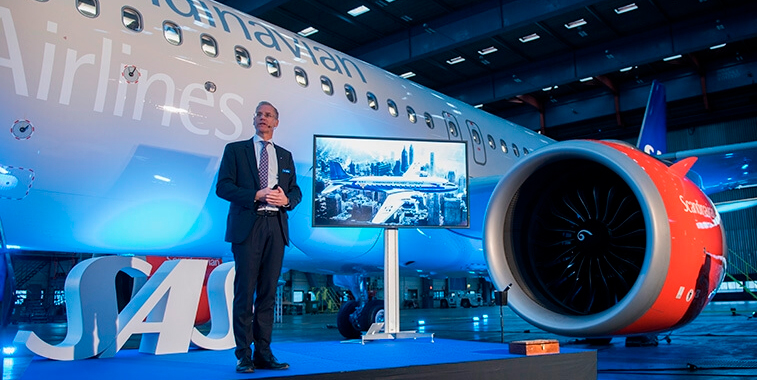 In October SAS took delivery of its first A320neo, with the aircraft being showcased to the media by Rickard Gustafson, President and CEO of SAS. “It’s fantastic to be standing here today in front of Sol Viking – SAS’ first A320neo. The aircraft represents the future for SAS and is part of our strategy to provide the best offer for those traveling to, from and within Scandinavia. We want to make life easier for our frequent travelers,” said Gustafson. 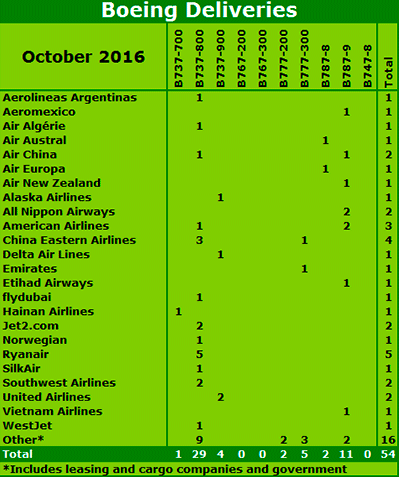 Boeing ended October with a total of 54 unit deliveries, 18 less than the 72 units it delivered in September, and four less than in October 2015. A total of 34 narrow-body aircraft were handed over by the US manufacturer, 12 less than in September. Airbus also outperformed Boeing in single-aisle deliveries, with the European giant distributing eight more in October. A total of 29 737-800s were delivered, with the largest recipient being Ryanair with five units. This takes to 42 the amount of -800s that the ULCC has received from Boeing so far this year. As well as the -800, four -900s were also handed out in October, with United Airlines being the largest customer with two units. One -700 was also delivered in October, with that going to Hainan Airlines, with the Chinese carrier also collecting one of the type in September as well. According to ch-aviation, Hainan Airlines currently has six -700s in its fleet, while it also has 125 -800s.

An analysis of wide-body deliveries reveals that Boeing handed over a total of 20 units in October, six less than September. However the US company did distribute eight more wide-body aircraft than Airbus in the 10th month of 2016. The star performer when it comes to wide-body deliveries for Boeing is the 787-9, with 11 going to various customers around the world. The largest customers of the -9 in October were All Nippon Airways and American, with each collecting two. Two -8 variants were also handed over, one each to Air Austral and Air Europa. In regards to the 777-300, China Eastern Airlines and Emirates each collected one, while three also went to leasing companies. Two 787-9s and two 777-200s were also distributed to leasing companies in October. 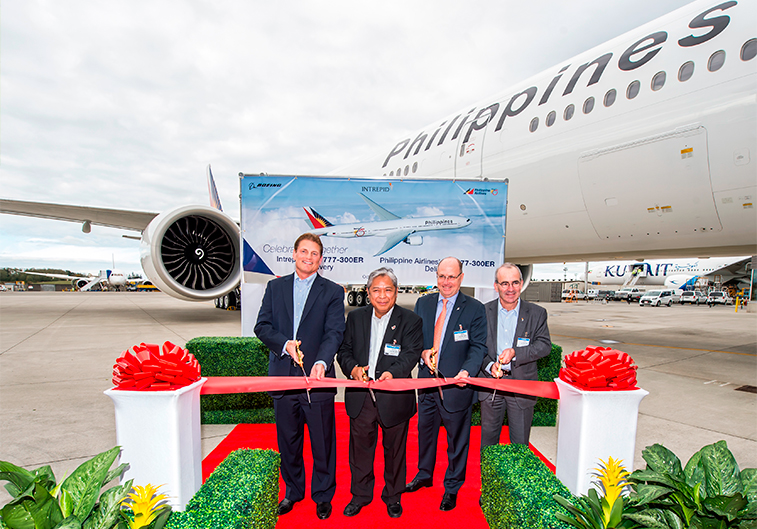 In October the leasing company Intrepid Aviation welcomed its first 777-300, with the aircraft destined for Philippine Airlines, an airline which turns 75 this year.  The delivery was marked with a ribbon cutting ceremony in Seattle. According to ch-aviation, Philippine Airlines has seven 777-300s in its fleet, with an average age of 4.2 years.