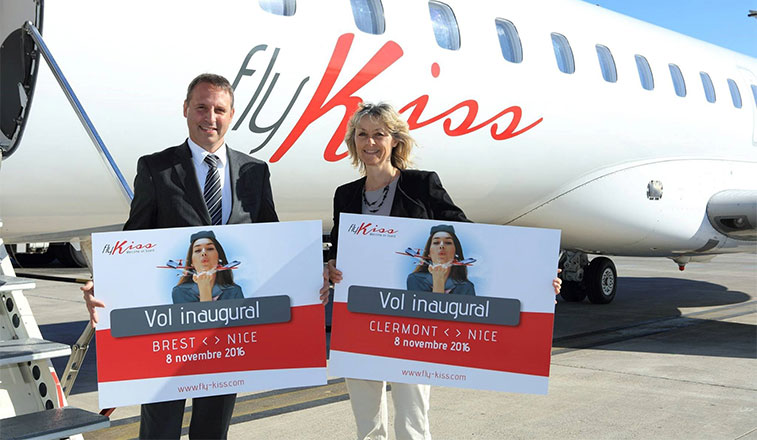 The French domestic market welcomed a new carrier in early November when Fly KISS began operating six domestic routes involving five French airports using an ERJ 145. The carrier will account for just under 1% of all flights in the French domestic market in December ranking it in eighth place behind Air France, HOP!, easyJet, Air Corsica, Volotea, Chalair and TWIN JET.

The domestic French air travel market is dominated by flights to and from Paris CDG and Paris Orly. According to OAG data for all of 2015 there were roughly 31.2 million seats offered on French domestic routes. Just over two-thirds of these were on routes to and from the two main airports serving Paris. According to figures from ADP, which runs both airports, domestic French traffic at its airports in 2015 was up 0.8%, but in the first 10 months of 2016 the growth has slowed to just 0.1%.

Since 2006, the number of seats in the French domestic market has been surprisingly stable at between 30 million and 32 million with a couple of exceptions. According to OAG data in 2011 it fell to 28.7 million, while in 2013 it rose to 33.2 million. However, there was less than 1% difference in the number of movements in those two extreme years.

During the last decade, the share of French domestic seat capacity operated by Air France mainline has fallen from over 88% in 2006 and 2007 to just over 55% in 2016. However, seats flown on Air France partner airlines and subsidiaries like Airlinair, Brit Air and HOP! have grown significantly in recent years. In 2013 Brit Air services, which had been operating for mainline Air France (AF), became part of HOP! (A5) resulting in that airline’s significant growth in capacity. Overall, Air France and its subsidiaries have seen their share of the French domestic market fall from almost 90% in 2006 to 73% in 2016. 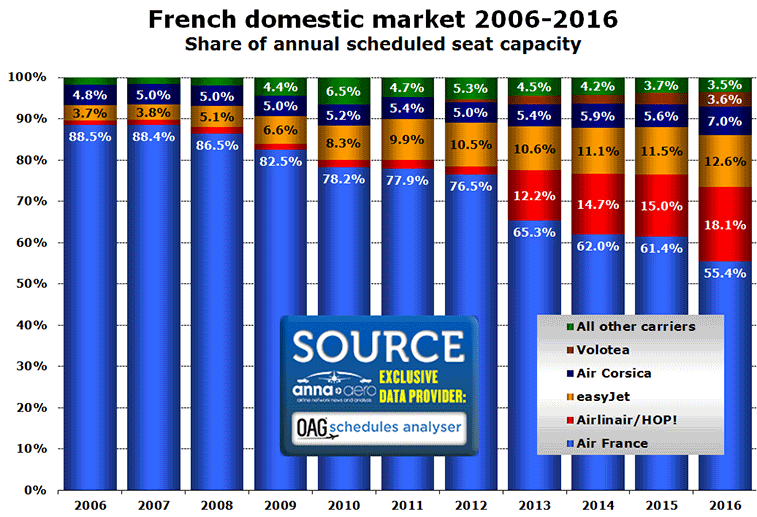 easyJet is the biggest rival to Air France. It began French domestic flights in 2002, between Paris CDG and Nice. This summer it operated a total of 26 domestic French routes, eight each from Lyon and Toulouse, and six each from CDG and Nice. This includes Toulouse-Orly and Toulouse-Nice which are double-counted in the previous calculation. easyJet’s share of the French domestic market has risen from less than 4% in 2006 to over 12% in 2016.

Air Corsica, in which Air France has a minor shareholding, has had between 5% and 6% of the market, reaching a record high of 7% in 2016. It operates domestic routes to four airports on the island of Corsica; Ajaccio, Bastia, Calvi and Figari.

A growing presence in the French domestic market is Volotea. The Spanish-headquartered airline began operating in April 2012 and this summer served 35 French domestic airport pairs (up from 31 in S15) giving it 3.6% of the market. However, Volotea’s network is very seasonal and in November it accounts for just 1.5% of French domestic capacity.

An even newer carrier in the market is Fly KISS (IATA code KT) which began flying at the beginning of November between Brest, Clermont-Ferrand, Lille, Nice and Strasbourg using ERJ 145s. Its six routes give it a modest 0.3% of the French domestic market this December as measured by seats and 0.8% if measured by flights, ranking it eighth by flights behind both Chalair (2.5%) and TWIN JET (1.6%).

Regional domestic services (all those excluding Paris) account for one-third of the French domestic market by seats, and just under 40% measured by flights. This was a fairly dormant market until 2008 when easyJet began flying between Lyon and Bordeaux and between Lyon and Toulouse. Other LCCs such as Ryanair and Volotea have also entered these markets and the vast majority of the largest regional domestic services have seen traffic stimulated by between 30% and 80%. 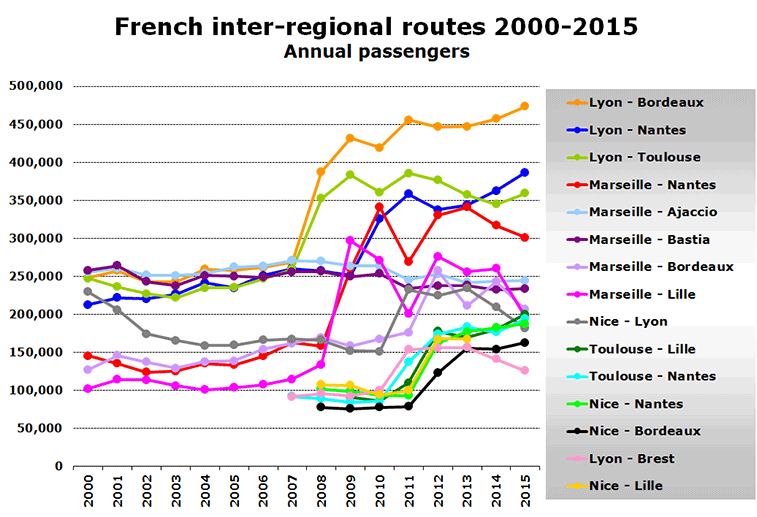 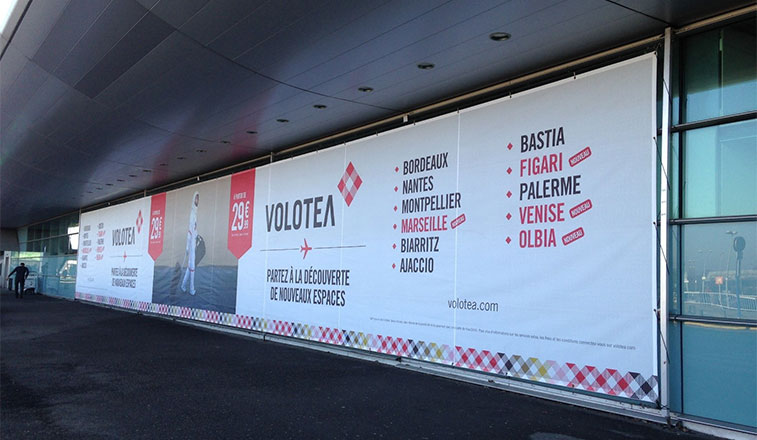 Volotea’s expansion in France has included developing a network of routes from Strasbourg. This includes a number of domestic destinations. Figari and Marseille routes were launched on 25 April 2015 and 27 November 2014 respectively. This summer it operated a total of 35 French domestic routes though this falls considerably during the winter season.