Beijing: Chinese routes dominate but two US routes in top 5

Based on our analysis of OAG data, Beijing operates primarily in the point-to-point market. Connecting passengers on the top 100 connecting routes make up less than 10% of the airport’s total traffic. Nevertheless, as China’s busiest airport it is no surprise that nine of the top 15 airports for connecting passengers are in China, led by Shanghai Hongqiao and Guangzhou. The six non-Chinese airports are headed by two US airports, Los Angeles and New York JFK, with London Heathrow, Bangkok Suvarnabhumi, Hong Kong and Frankfurt the other leading foreign airports. 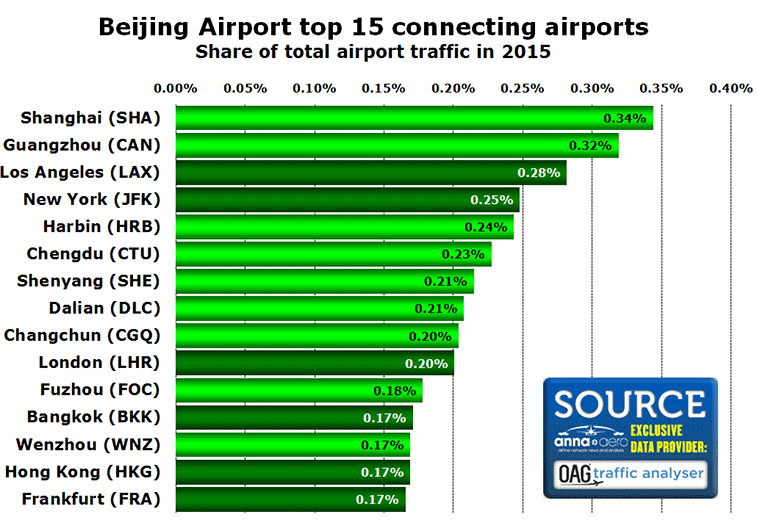 Given its role for many years as a domestic-only airport (with international services operating from Tokyo Narita) the fact that the top 15 routes for connecting passengers are all within Japan is hardly surprising, even though the airport is now open to international flights. The route between Haneda and Sapporo Chitose generates more than twice as many connecting passengers as any other. At least one in every six passengers at the airport is transferring between flights, mostly from one domestic flight to another domestic flight. 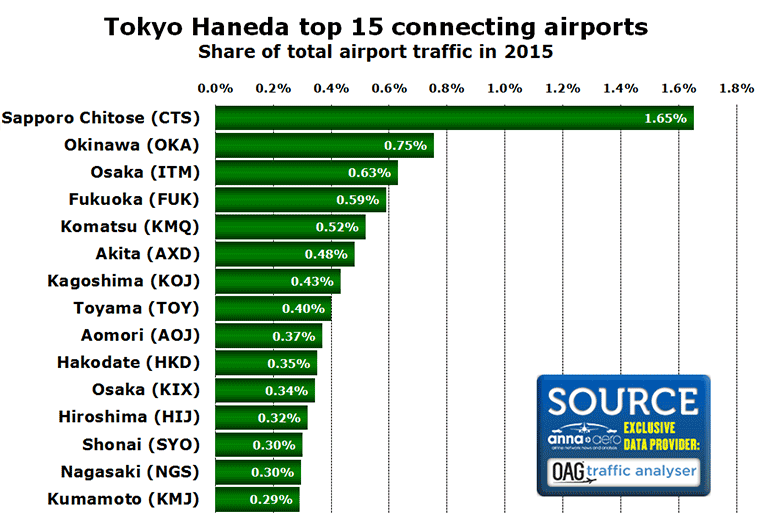 Of the four airports analysed here, Hong Kong has by far the highest proportion of connecting passengers. At least one in four passengers is connecting at the airport. The airport used to play a key role in facilitating passenger flows between China and Taiwan before agreements were reached to allow more non-stop scheduled services between the two countries. However, Taipei still tops the list of routes generating the most connecting passengers. Another Taiwanese airport (Kaohsiung) also makes the rankings with only two Chinese airports present, Beijing and Shanghai. Long-haul routes generating significant connecting flows are led by London Heathrow, with two Australian destinations (Melbourne and Sydney) joined by two US airports (Los Angeles and New York). 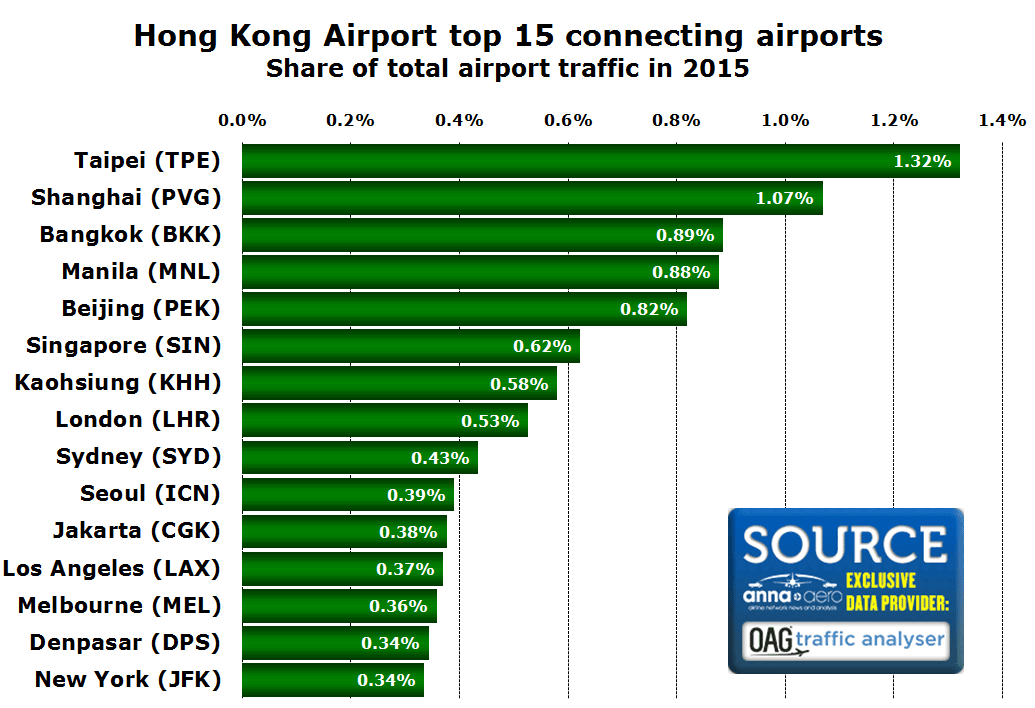 Our analysis of OAG traffic data suggests that Shanghai’s main airport generates a higher proportion of connecting traffic than Beijing. However, whereas nine of Beijing’s top 15 routes for connecting traffic were domestic, in Shanghai the figure is much lower with just five routes. There is not much separating the leading connecting markets, but based on 2015 data Wenzhou just has the edge over Tokyo Narita. Three Japanese routes join the five Chinese routes in the top 15. The remaining seven routes are spread across seven different country markets; France, Hong Kong, Singapore, South Korea, Taiwan, Thailand and the US. 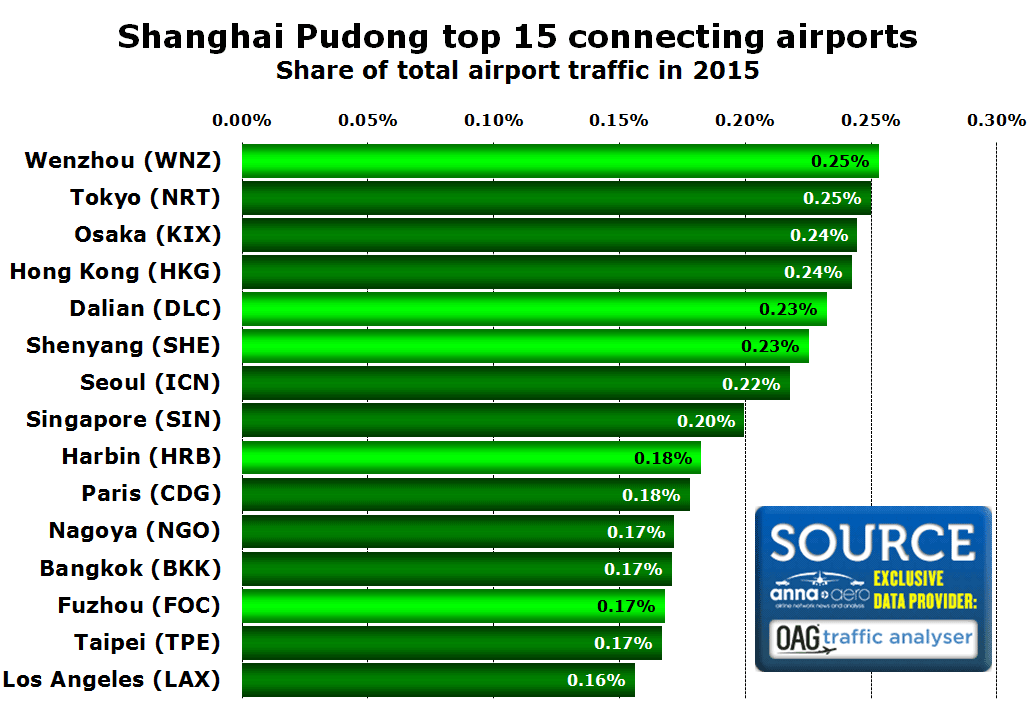