Ryanair to open Naples base in S17; 17 new routes with three aircraft but only indirect competition on two routes with easyJet 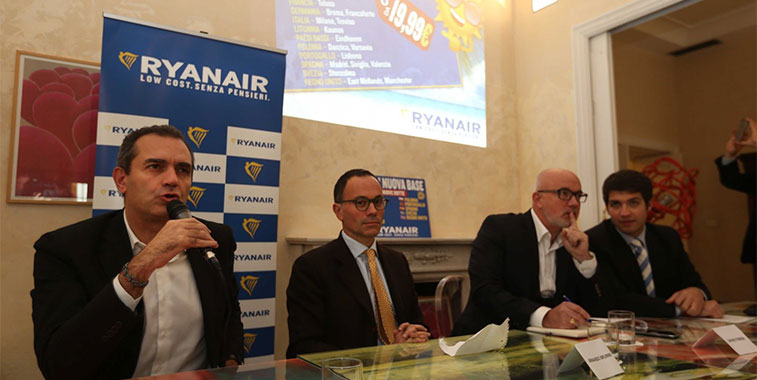 Naples Airport held a press conference with Ryanair on 1 December to announce the Irish carrier’s plans to base three aircraft at the airport in S17 which would be used to start 17 new routes. None of them would compete directly with easyJet, which is currently the airport’s biggest airline accounting for some 30% of seat capacity in 2016.

Ryanair announced yesterday that it would start flying to Naples for the first time in 2017. Maybe surprisingly the airport would immediately become a base, with three 737-800s making their home there. A total of 17 routes will be launched between the end of March and early May with the ULCC operating a total of 69 weekly departures. easyJet made Naples a base back in S14 and this summer served 32 destinations from the airport, but Ryanair appears not to be looking for direct confrontation with its pan-European rival as none of its 17 new routes compete directly. However, Ryanair’s two biggest routes, its multiple daily services to Milan/Bergamo and Venice Treviso, will compete indirectly with easyJet’s flights to Milan Malpensa and Venice Marco Polo. In the past easyJet used to operate Naples flights from Madrid between S11 and S12, while Lisbon and Toulouse are also easyJet bases.

Naples is on track to achieve record passenger numbers for a third successive year in 2016. After passing six million passengers for the first time in 2015, demand is up close to 10% in the first 10 months of this year. anna.aero forecasts that the airport will handle over 6.7 million passengers in 2016. 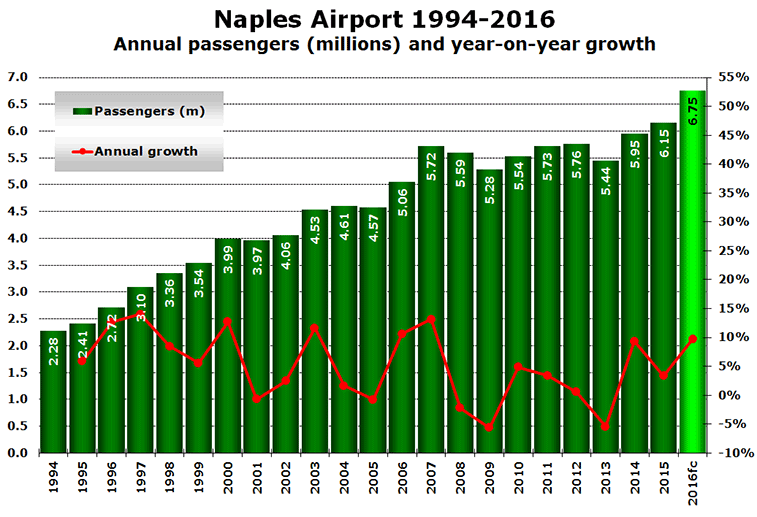 Passenger numbers have been up versus 2015 every month this year except for January. Between July and October growth has consistently been between 13% and 14%. In August the airport handled over 800,000 passengers in a single month for the first time. This is 150% more than in the airport’s quietest month of January. 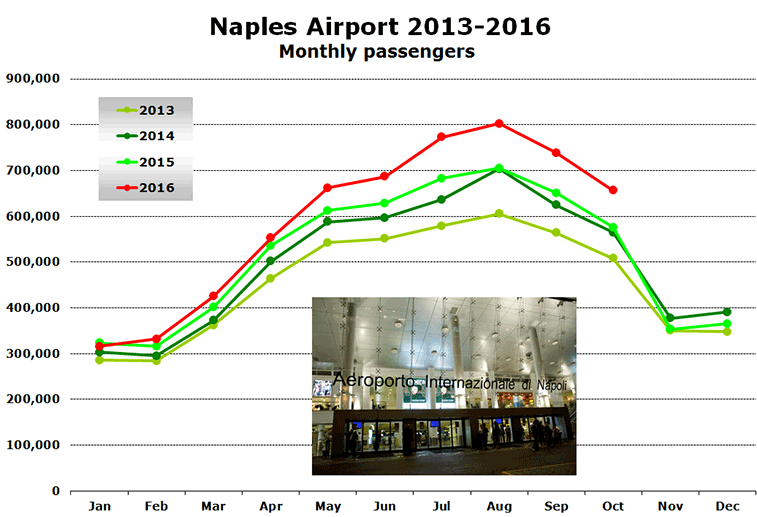 Analysing OAG data for 2016 reveals that easyJet is twice as big as any other carrier in Naples in 2016. The UK-based LCC accounts for 30% of annual seat capacity, well ahead of local carriers Alitalia and Meridiana. LCCs and leisure-focused airlines (shown in light green) figure prominently among the airport’s leading carriers with four other LCCs among the top eight carriers: Transavia; Volotea; Vueling; and Wizz Air. 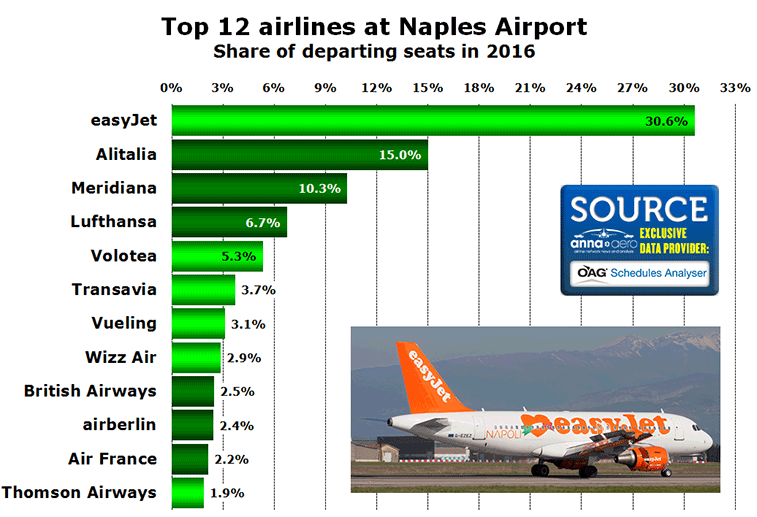 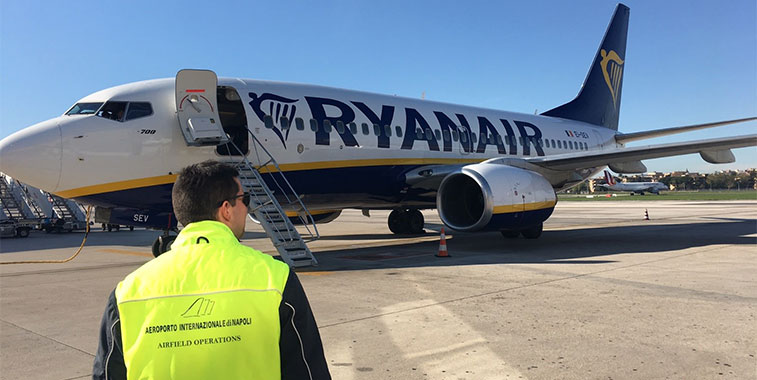 This will become a much more regular sight starting next summer; a Ryanair 737 on the apron at Naples Airport. This aircraft, used to fly in the airline’s promotional team, is actually a -700 which the airline keeps for crew training and as a standby aircraft. Three 737-800s will be based at the airport (one in March, one in May and one in July) and a total of 17 routes will be served, including multiple daily flights to Milan/Bergamo and Venice Treviso. These routes are expected to generate an additional one million passengers for the airport.