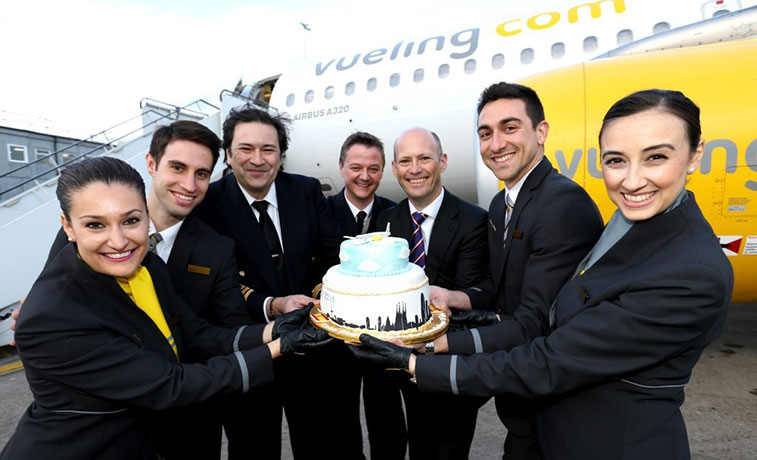 Vueling has more than doubled its UK capacity in 2016 when compared with 2015. The IAG LCC is now the 19th biggest airline (in terms of seats) on international routes from the UK and the fastest-growing in the top 20. In March it began flights between Liverpool and Barcelona a route also served by both easyJet and Ryanair.  According to the airline’s booking engine, and OAG schedules, Vueling does not appear to be returning to this route for S17.

British Airways still offers more seats from UK airports on international routes than any other airline, but second-placed Ryanair is not that far behind. Based on current growth Ryanair might pass British Airways in 2018 but that may depend on how the UK low-cost travel market responds in 2017 to Brexit and exchange rate volatility. easyJet in third place is also gaining on British Airways but rather more slowly. Between them these three carriers account for almost 49% of international seat capacity from UK airports in 2016.

In total, seats offered on non-domestic flights from the UK in 2016 are up 9.7% to 136.6 million according to OAG data. Over 150 airlines have offered international flights from UK airports this year though around 15 carriers operated fewer than 10 flights. The top 15 airlines accounted for almost 78% of all seats. 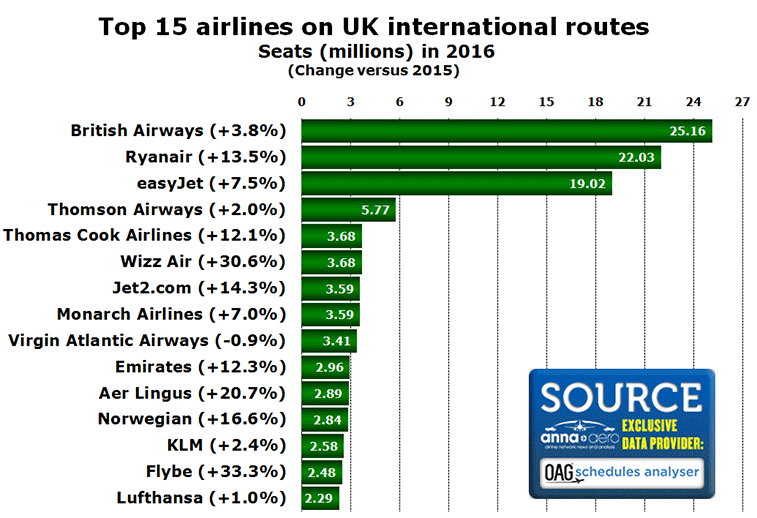 Spain is #1 market and fastest-growing

Not surprisingly Spain is the most popular international market from the UK with over 23 million one-way seats offered during 2016. Maybe more amazingly it is also the fastest-growing of the top 15 country markets with capacity up almost 20%. Only Turkey, with capacity down just over 12% is not growing among the top 15 country markets. Other declining markets include Morocco (-2%), Norway (-10%), Russia (-20%), Egypt (-65%) and Tunisia (-90%). The decline of the latter two markets, along with Turkey, helps explain some of the growth in the Spanish market. 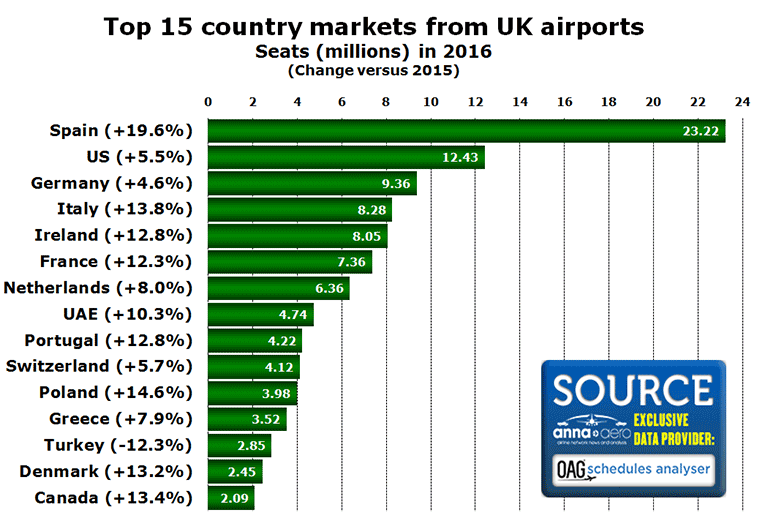 Smaller markets which have seen growth of more than 20% this year include Qatar (+20%), Austria (+23%), Gibraltar (+30%), Iceland (+30%), Bulgaria (+32%) and Romania (+45%). It should be noted that these are capacity statistics and therefore only an approximation for actual traffic growth. Those figures will not be available from the UK Civil Aviation Authority before around the end of February 2017. 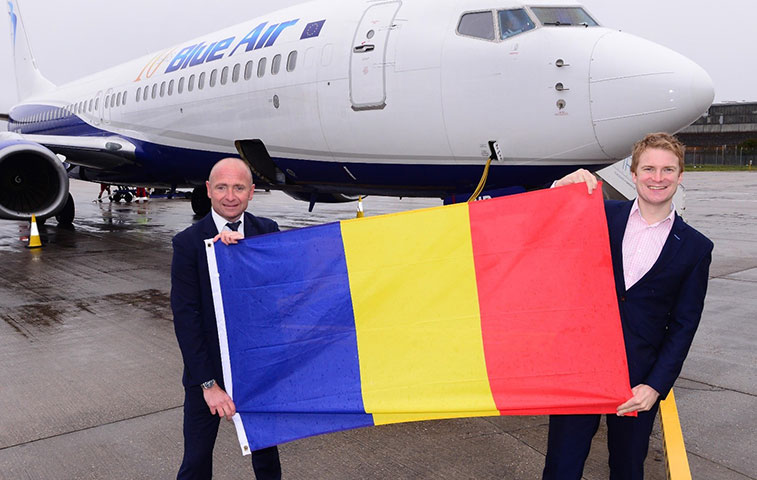 Blue Air has helped grow capacity in the UK-Romania market by 45% in 2016. One of several new routes it launched was between Birmingham and Bucharest at the start of the S16 season. From 16 December the airline will grow capacity further when it launches flights between Cluj-Napoca and Birmingham.