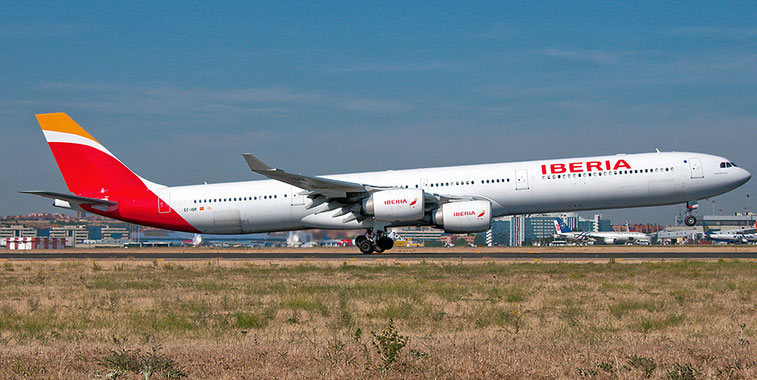 Airbus’ A340 was only operating from 149 airports worldwide this summer. However, the airport with the most weekly departures for the type was Madrid, where Iberia still operates 17 of the four-engined aircraft. Photo courtesy of Rene Kelleway.

Every now and then anna.aero’s data elves come up with some ideas of their own for stories. As most people in our industry can probably guess, if you want to see lots of A380s landing and taking off the place to go is Dubai as Emirates operates 87 of the 200 megajumbos so far delivered to the world’s airlines. But which airports, our data eleves wondered, should you visit if you wanted to see other popular types of modern commercial aircraft?

First of all we thought we would see which aircraft types featured at the most number of airports worldwide. Not surprisingly the two leading contenders were the Airbus A320 and the Boeing 737-800, the only two aircraft types that operate from over 1,000 airports in the peak summer period, the week commencing 1 August 2016. Falling just short of 1,000 airports is the Airbus A319 which features at 944 airports.

Regional jets and turboprops feature prominently in our top 12 aircraft types, though we have been a little generous to them by lumping together types with a high degree of commonality, which we did not do for the main Airbus and Boeing narrow-body types. 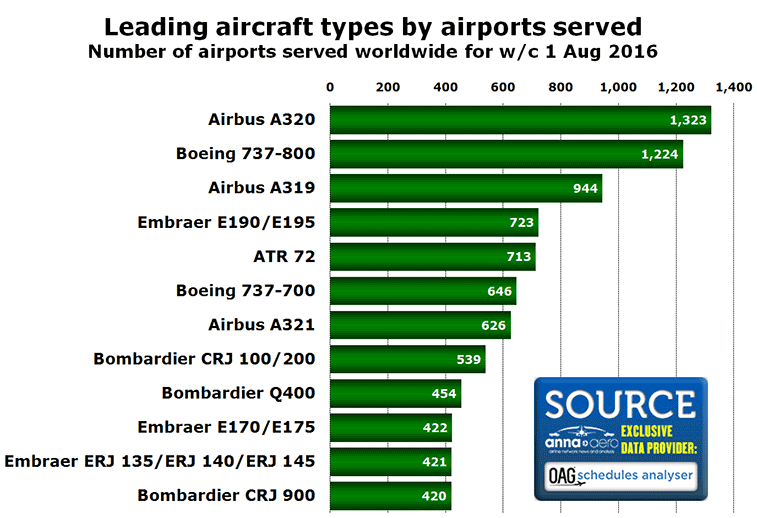 No wide-body aircraft type makes the top 12. The Airbus A330 and its variants lead the way appearing at 361 airports with Boeing’s 767-series operating from 318 airports. The more modern 777-series features at 259 airports while the even more recent 787-series can now be found at 219 airports. Boeing’s iconic 747 is now only operating from 100 airports, though that’s still nearly twice as many airports as where the A380 can be spotted, which stood at just 55 airports during the summer.

747 fans should head for Frankfurt or London Heathrow

But which airports should you visit if you really want to see a lot of one particular aircraft type? The following table ranks the number of weekly departures by airport for a wide range of aircraft types. 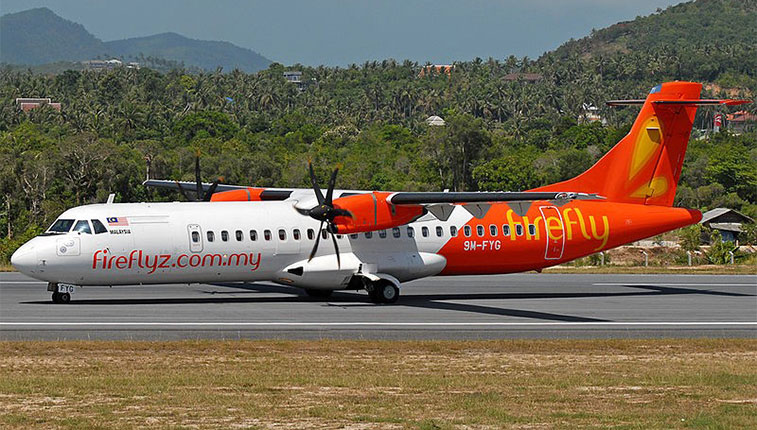 If you are a fan of turboprop aircraft, in particular the ATR 72, then Kuala Lumpur’s old Subang Airport is the place to go to see them. Malaysian carrier firefly currently operates 21 of the type. Or if that’s too far to go, try either Gran Canaria or Tenerife North in the Canary Islands where the type is popular with Binter Canarias.