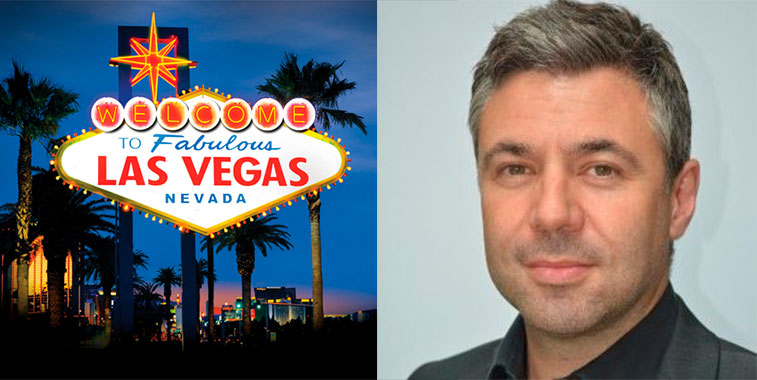 Your first opportunity to meet new Routes Brand Director Steven Small will be in Las Vegas at Routes Americas between 14-16 February. Small first attended World Routes in 2004 at the Madrid event. His next visit to the global route development conference was in 2010 in Vancouver. “It was really interesting to see how the event had developed in the period of time,” says Small.

Routes Brand Director-elect Steven Small openly admits to not being an aviation expert, but he feels that he will be able to approach his new role and appraise the leading route development events with fresh eyes – the eyes of the client – given his experience in working for destination marketing organisations in the UK. anna.aero caught-up with Small during a couple of days off when he went to Manchester to meet some of his new colleagues in the role he will start on 1 February – just before Routes Americas in Las Vegas. No doubt he used the opportunity of being in downtown Manchester to do some Christmas shopping too.

anna.aero: Tell us all about your industry experience so far.

Steven Small: “I have mainly destination marketing experience rather than being from an airline or airport. I worked for Marketing Manchester for eight years; my first job there was as the grandly-titled Head of Initiatives. In this role I worked alongside the family of Manchester organisations which were concerned with helping the city and the region prosper. These organisations included of course working a lot with Manchester Airport as the main gateway to the area. While I was at Marketing Manchester I also worked as Head of Business Tourism. In this position I was tasked with attracting events to the city that have a strategic value as well as a economic one – very similar to Routes in fact. And then for the last 15 months I have been working for Marketing Liverpool as Head of Tourism.”

aa: You’re back in your interview what were the three killer points that you think got you the job?

SS: “I told the people interviewing me that given my experience I would be looking at the events from a client’s point of view – airports, airlines and destination marketing perspective – especially with me not being an aviation expert. The second thing was strategy – understanding the direction that you are going as an event as well as an organisation, in order to maximise the benefits for the part of the aviation community that we serve. Lastly, relationships – like many industries, this one is all about long-term relationships. It’s about building them and getting people to understand what your proposition is. These important decisions aren’t made over night.”

aa: You’ve attended Routes before – what were your first impressions of the event?

SS: “The first event I attended was in 2004 when World Routes was in Madrid and I was working for a UK Regional Development Agency. What I found interesting during the conference was to witness the fast, focused meetings and the energy that came from that. The next time I was at World Routes was in Vancouver in 2010 when I was working for Marketing Manchester. It was one of the first times that we hosted after-meeting event parties on our stand with live DJs. We created a really great networking atmosphere for when the meetings were all done. It is funny because there is a photo of one of the parties in Vancouver in the Routes office. The thing that has not left me from those two conferences is the big difference between the two events in terms of their size and impact.”

aa: You’re from a destination marketing background…how do you think these bodies help airports to attract routes?

SS: “It’s all about collaboration. It’s not about bringing the cheque book. Airports are the gateway to a region and a connecting point for the organisations within it, but this collaboration needs to wider than just the visitor economy or attracting investment. Yes visitors, tourism and inward investment are all important, but the level of importance of each is different in every city – so every partnership will therefore have different approaches, especially when it comes to helping route development.”

aa: Your first event will be Routes Americas in Las Vegas – that place is an exemplary example of destination marketing surely?

SS: “Las Vegas as a destination brand is phenomenal, especially as it allows people to create their own imagery of their visit by creating intrigue around the experience that awaits them. It will be interesting to see how the Las Vegas Convention and Visitors Authority works with the airport during the show. I’m sure it will be an incredible conference and a great first step back into this event for me.”

aa: What do you want to bring to Routes that is not already there? New business? Possible new shows? Develop the concept that is already in place?

SS: “I am keen to look at ways to help airports and destinations when they are applying to become potential hosts of our events. I think we can work closer with them during this process. In addition, I’d like to explore how we can grow the global event and add to the core competency of bringing airports and airlines together. Finally there is the possibility exploring other regions to bring the event to.”

SS: If there was an option to have them both and an egg on top, that’s what I’d have.

SS: At the moment I’m a couch potato with aspirations to keep fit…especially with Christmas coming.

aa: Glass of wine or pint of beer?

SS: Depends on time and location, but more often than not a pint of beer.

aa: Have you ever been real speed-dating? 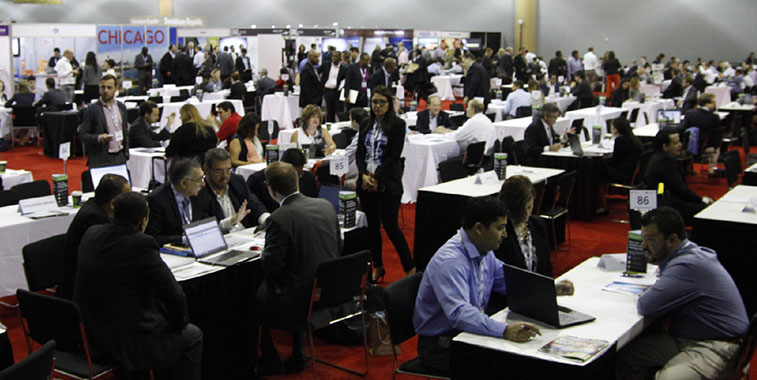 This year’s Routes Americas was held in San Juan Puerto Rico. New Routes boss Steven Small is excited about how the upcoming hosts Las Vegas will approach the 2017 event. “It will be interesting to see how the Las Vegas Convention and Visitors Authority works with the airport during the show.”