On 14 December Allegiant Air commenced its first flights to Denver from Montrose. The 314-kilometre link will be served by the ULCC twice-weekly (Wednesdays and Sundays) for the winter season. Seen speaking at the inaugural flight ceremony was Laura Jackson,‎ VP Air Service Development, Denver International Airport. The first passengers were treated at the gate to sweet treats and a pin badge to commemorate the new link. 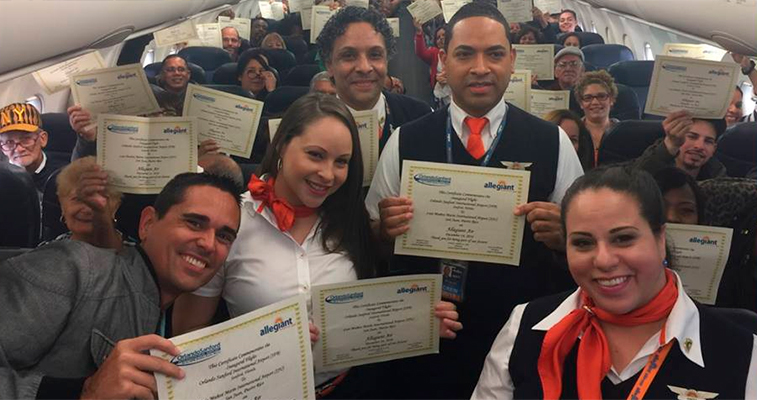 All passengers on Allegiant Air’s first flight between Orlando Sanford and San Juan were given certificates to confirm their place in history for being on-board the airline’s inaugural service on the 1,926-kilometre airport pair. The ULCC, starting 14 December, will link the two airports with four weekly flights. 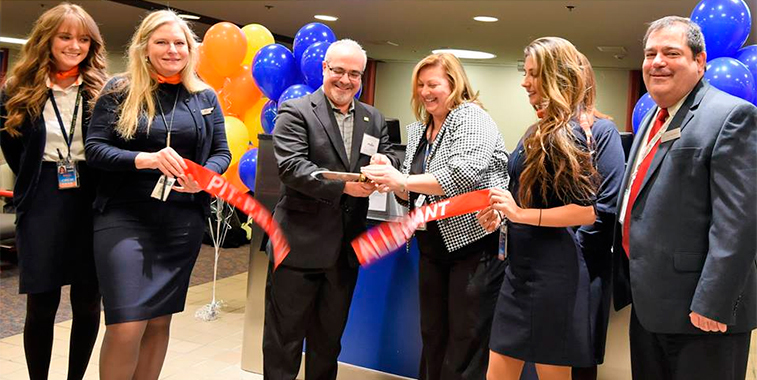 Pittsburgh celebrated the start of Allegiant Air’s new route to San Juan with a ribbon cutting. The 2,800-kilometre link will be flown weekly (Saturdays) facing no direct competition. The airline also launched flights from the Pennsylvanian airport to Austin-Bergstrom on 16 December.