World Routes 2019 host Adelaide heralds Route of the Week win for its first link to China; Tampa toasts its Cuban Cake of the Week success 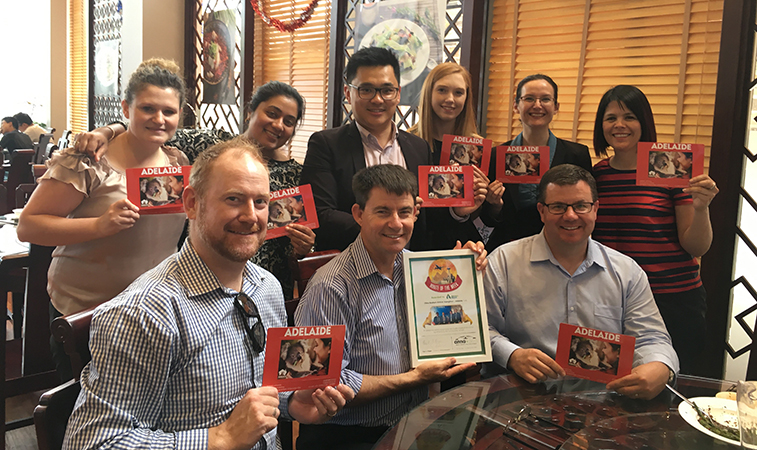 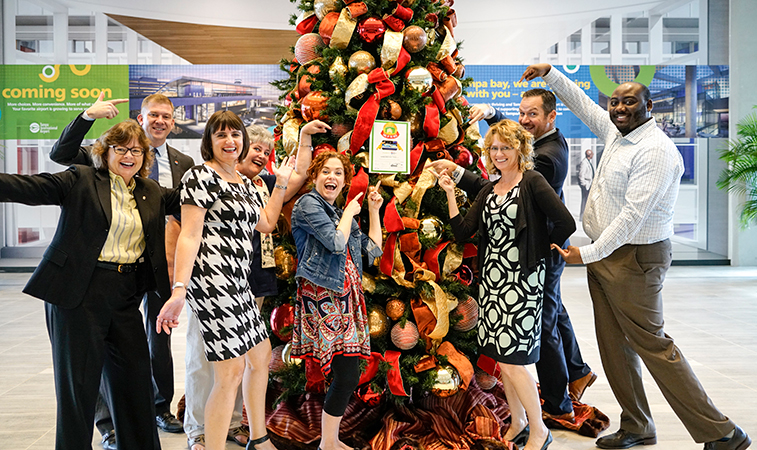 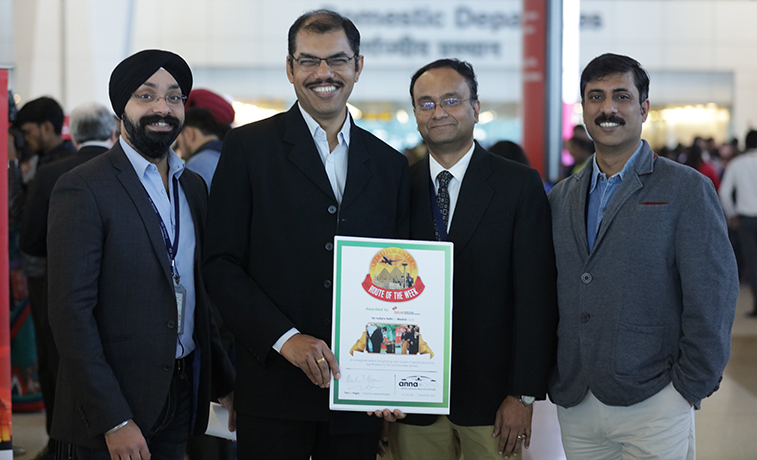 Delhi Airport this week celebrated with its Route of the Week award, given to the Indian capital city airport for Air India’s new connection to Madrid, the only non-stop service between India and Spain. Seen celebrating with the award are the airport’s: Amandeep Singh, Airline Marketing; Pradeep Panicker, CCO; and Anindya Acharya and Abhijnan Sengupta of the Airline Marketing and Route Development team. 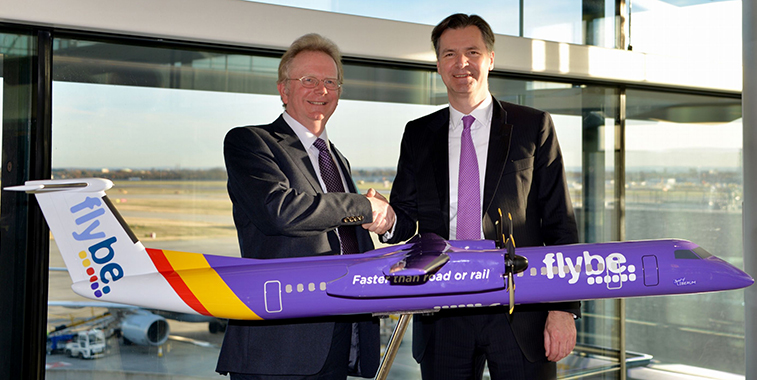 On 20 December Flybe announced that it will serve London Heathrow from Aberdeen and Edinburgh, with the first flights commencing on 26 March. Flybe’s Executive Chairman, Simon Laffin, said: “We are delighted to announce our first flights to London Heathrow, significantly enhancing our UK domestic route network and offering even better links between Scotland and London. The new routes to Heathrow complement the existing ones we operate to London City, and will benefit our business customers and customers in Scotland who want to connect with our long-haul codeshare partners.” Seen sealing the new airline deal at Heathrow’s Terminal 2, the terminal that the airline will operate into, are Flybe’s Laffin, and Heathrow CEO John Holland-Kaye. Aberdeen will be served with 18 weekly flights while Edinburgh will see 25 weekly flights. The aircraft of choice for both routes is the airline’s Q400s. 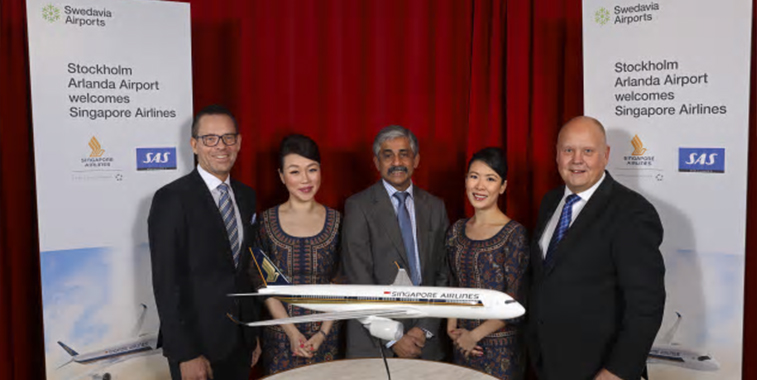 Brussels Airlines on 10 December commenced a new charter route to Yerevan, the capital of Armenia. The Star Alliance member will fly the route on a charter basis weekly (Saturdays) until April. For S17 the route will be flown as a scheduled service, with the frequency increasing to twice-weekly from July. Seen cutting the giant pomegranate-shaped cake and ribbon in Brussels to officially open the new connection are: Patrick Artiel, Head of Sales, Lufthansa Group; Arthur Davtian, CEO of Armwings (the main tour operator in the Armenia market); and Jan Van de Reyd, Senior Manager Aviation Marketing, Sales & Marketing, Brussels Airport. On 11 December easyJet commenced a new seasonal route to Östersund in Sweden from London Gatwick. Launched with a weekly flight on Sundays, the day of operation will change to a Thursday from 22 December. The 1,596-kilometre route will be flown on the airline’s 156-seat A319s according to OAG schedules. To celebrate, the Swedish airport commissioned this cake, while passengers also got to pose with reindeer. On 4 December Air Arabia Maroc launched its latest route from Tangiers – Malaga. The 166-kilometre route will be served by the airline three times weekly (Thursdays, Fridays and Sundays) on its 174-seat A320s. No other carrier is serving the airport pair at present. To celebrate the new service, the Spanish airport baked a scrumptious cake, while a ribbon cutting ceremony also took place. On 17 December China Eastern Airlines returned to Brisbane Airport to commence a second Southern Hemisphere summer season connection from Shanghai Pudong. To welcome the SkyTeam carrier’s return, the Australian airport went all out with its celebrations including a cake, a ribbon cutting, koalas, dragon dancing and a water arch. Seen cutting the ribbon are: Julieanne Alroe of Brisbane Airport; Kate Jones, Queensland Minister for Tourism; Annastacia Palaszczuk, Premier of Queensland; Dr Zhao Yongchen, Consul-General of China to Queensland; and Tian Liuwen of China Eastern. On 15 December London Stansted unveiled plans for a new £130 million arrivals building. The facility will allow Stansted to grow its capacity to 35 million passengers a year. The proposed 34,000m2 building spans three levels and would be delivered inside the existing footprint of the airport, and located adjacent to the current terminal and Radisson Blu Hotel. It will include plans for a larger immigration and baggage reclaim area, new retail facilities and a public forecourt to create a relaxing and welcoming environment for passengers.