Air Canada Rouge commenced flights from Montreal to San Jose on 22 December, a route it will fly twice-weekly (Thursdays and Sundays). To celebrate, the Canadian airport held a ribbon cutting ceremony, Costa Rican-themed dancing, while a buffet was offered for the first passengers to enjoy. The city pairing is already offered by Air Transat. 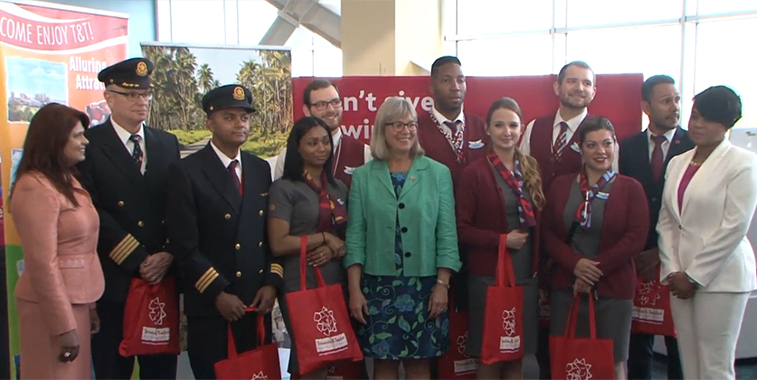 Air Canada Rouge commenced flights between Toronto Pearson and Port of Spain on 21 December. The 4,076-kilometre sector will be flown twice-weekly (Tuesdays and Thursdays) on the airline’s 282-seat 767-300s when referring to OAG Schedules Analyser data. The route is already flown by Caribbean Airlines and WestJet.