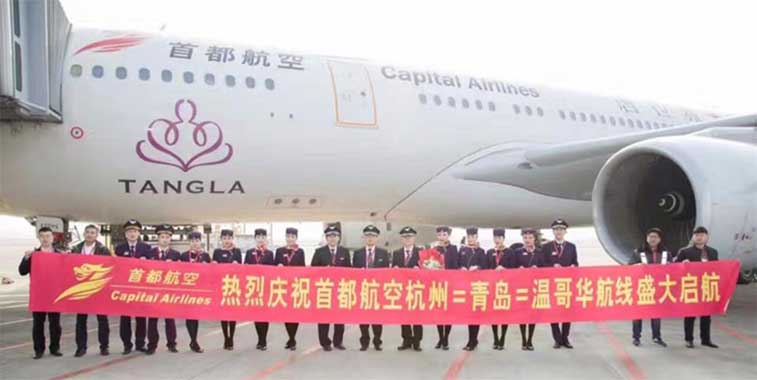 On 30 December the inaugural crew for Beijing Capital Airlines’ first flight from Hangzhou to Vancouver (via Qingdao) assembled on the apron with a route launch banner. Canada joins Australia (Melbourne) and Spain (Madrid) on the carrier’s long-haul network. 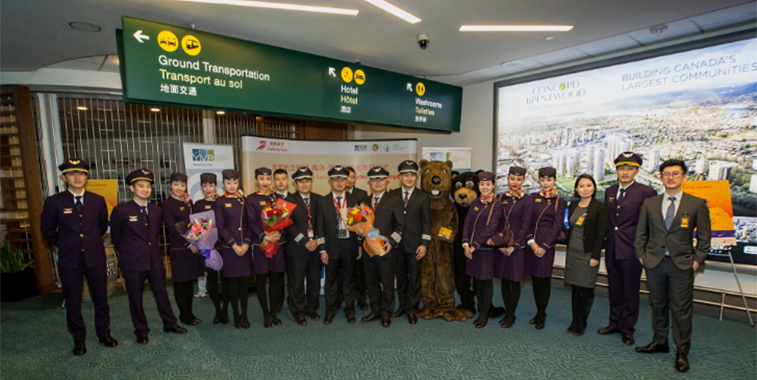 The inaugural crew were then greeted by Vancouver Airport’s mascots on arrival in Canada. The tri-city link will be flown by Beijing Capital Airlines three times weekly. This latest launch means that Vancouver is now connected to eight Chinese cities with non-stop service.