t’way air sets off from Seoul to Saipan 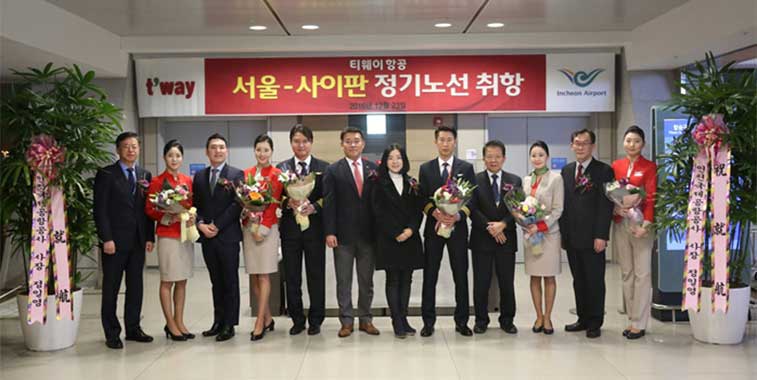 On 23 December t’way air became the fifth South Korean airline to link Seoul Incheon with Saipan, the airport serving the Northern Mariana Islands, a commonwealth of the US in the western Pacific Ocean. The airline’s daily flights compete with six other daily flights offered by Asiana Airlines, Eastar Jet, Jeju Air and Jin Air.