Turkish Airlines homes in on Havana and Caracas Among those celebrating the launch of Turkish Airlines’ new connection to Havana were Mehmet Büyükesksi, Member of the Council of Turkish Airlines, and Sonia Beltrán, Delegate of the Ministry of Tourism of Cuba in Havana. Also in attendance was the Turkish Ambassador to Cuba, Berris Ekinci, and other representatives of the airline. There was also a cake baked for the occasion. 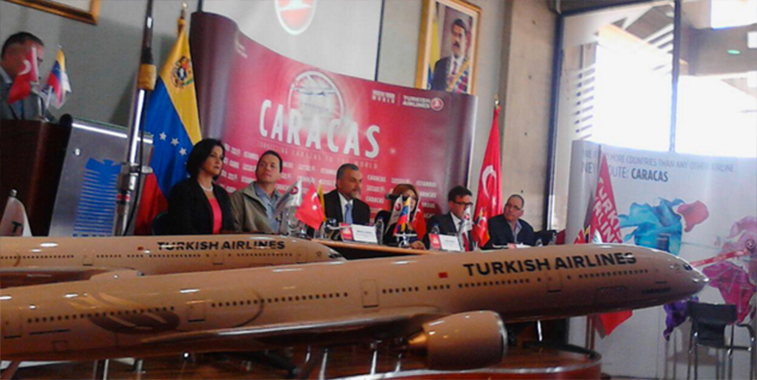 Once celebrations had taken place in Havana, it was then time to head to the second destination of Turkish Airlines’ new route, Caracas, where a press conference took place. Although the new link from Turkey’s largest airport operates inbound via the Cuban capital, return flights operate non-stop.