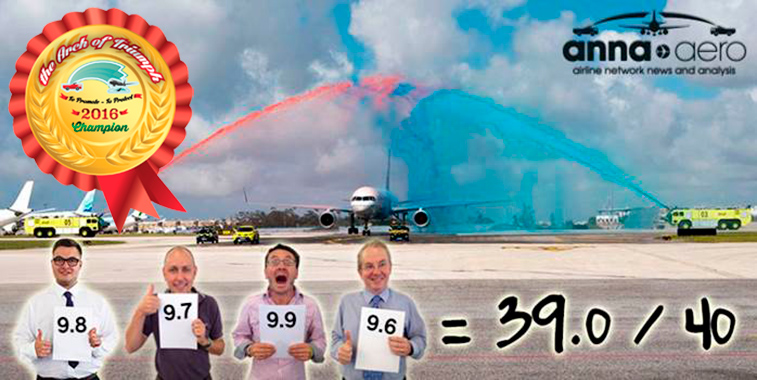 Lisbon Airport has been crowned 2016 Arch of Triumph champions for this FTWA to mark the start of United Airlines’ service from Washington Dulles in May. This is not just the best FTWA in 2016, but it is the highest scoring arch of all time, beating 2014 champions Munich result by 0.1 for its arch for the same US airline.

Coming into the final week of competition, the firefighters at Lisbon Airport must have been getting nervous, having been at the top of the leader board for so long. When the Lisbon Lions roared into top spot in May, I bet none of them thought they would still be in the top spot seven months later and claim the Arch of Triumph crown for 2016. Despite the four entries below in the final week of competition, the nerves probably jangled most severely in the penultimate week, when last year’s winners – Birmingham Airport in the UK – gave it one last roll of the dice with its FTWA for the arrival of Blue Air’s new service from Cluj-Napoca (a route launch attended by anna.aero). While its score of 38.1 was higher than the 37.9 it scored to secure the 2015 title, it was still 0.9 adrift of the highest winner’s tally to-date from the Portuguese capital city airport. If it is of any small comfort to the UK airport, it has now recorded two weekly wins in 2016, one of just six airports to have recorded two victories over the last 12 months – the others being Auckland (which won this week) Budapest, Cluj-Napoca, Delhi and Dubai. Birmingham’s average winning score was the highest of these six airports however, coming it at 35.7 – another accolade for the UK airport.

In terms of the inter-regional competition, Europe’s victory with 57% of weekly wins has finally been confirmed this week, something that was pretty much assured by Easter. Asia (15%) beat Australasia (11%) for second place, with North America (11%) and the Middle East (9%) some distance behind, but ahead of bottom-ranked South America and Africa (both with 2%). Europe can also boast all of the winners in the four annual competitions which have been completed so far, with Lisbon joining previous winners Tenerife North (2013), Munich (2014) and Birmingham (2015).

While it’s high fives all around for Lisbon, there’s no break for the world’s airports – as we are straight into the 2017 competition, with expectations high after a record-breaking 2016 with 360 entries (up 13% from 319 in 2015) over the last 12 months – the most ever. Keep Monitoring!! 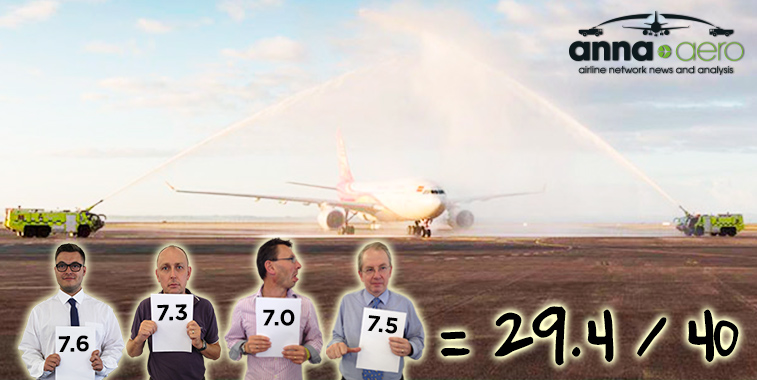 Judges’ comments: Shenzhen and Zhongshan are two major cities in South China, currently divided by the Pearl River Delta. However, a new bridge to link the two cities is currently under construction, with the final design, spanning across 24 kilometres, consisting of the world’s widest immersed road tunnel, two signature suspension bridges and two artificial islands. Although that seems very advantageous, Auckland’s fire fighters feel that their proposed bridge, which looks more like a drawbridge coming together, is a much better design concept. We’ll let the scores be the viewpoint of anna.aero’s judges’ opinions… 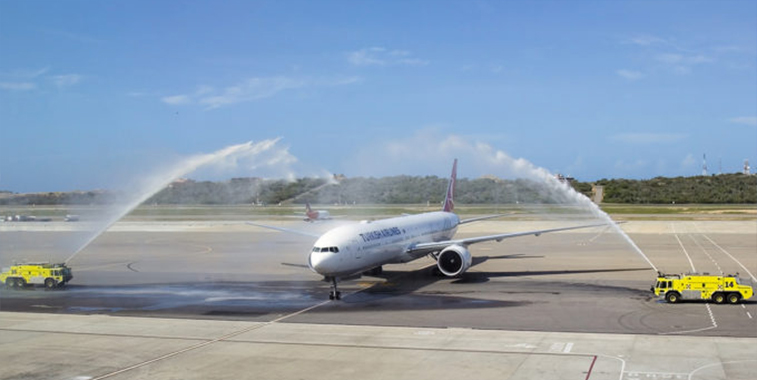 Judges’ comments: Not one of the entries that anna.aero has had for the Arch of Triumph from the Americas during the past 12 months has manged to clinch a spot within the top 10. With this effort from Caracas not exactly showcasing the necessary wow-factor (you could get a Turkish 777-300 in that gap!), it seems as though the poor Americas trend in FTWAs will not be improved in the last competition week of 2016. Here’s hoping they can do better in 2017… 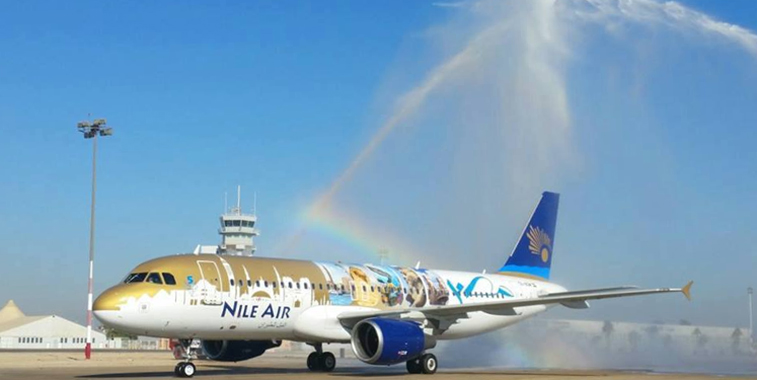 Judges’ comments: As the site of the ancient Egyptian city of Thebes there are plenty of temples, ruins, monuments and tombs within a stone’s throw of Luxor…including the Valley of the Kings and the Valley of the Queens…but not many pyramids. So it’s funny that the first-ever FTWA from Luxor is pyramid-shaped…nice rainbow though… 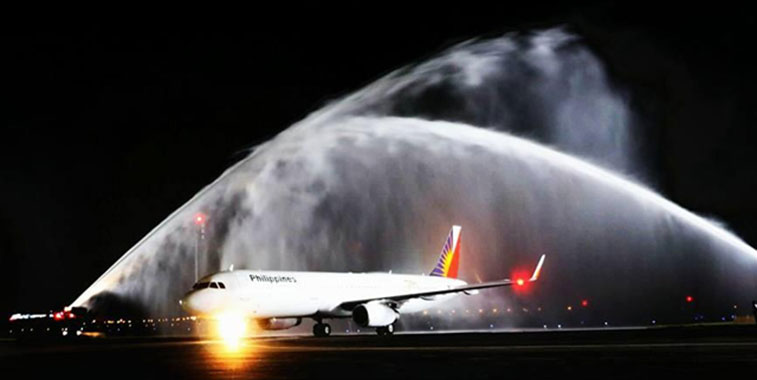 Time for a curtain call in Clark…top job!

Judges’ comments: For those of you that are unaware of theatre definitions, a curtain call is where the performers return to the stage after a performance to acknowledge the audience’s applause. With that, it is most certainly a curtain call in Clark, especially with the impressive curtain that the fire fighters have created here to acknowledge act one of Philippine Airlines’ route expansion from the airport. Maybe not a standing ovation, but anna.aero is certainly applauding this effort…