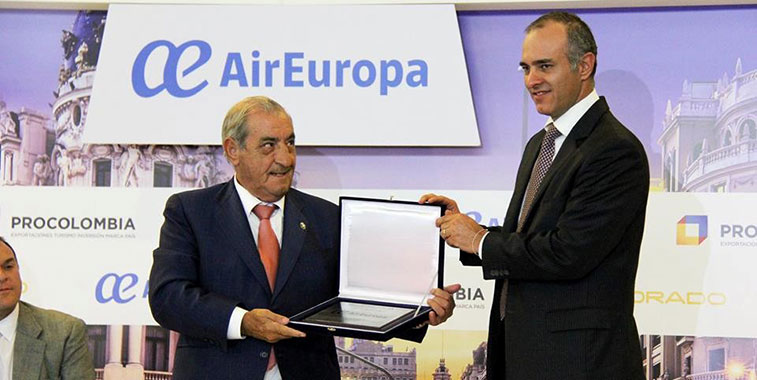 Air Europa began non-stop service between Madrid and Bogota on 28 June 2016. The SkyTeam carrier is the sixth biggest in terms of seat capacity between Europe and South America in 2016 and also the fastest-growing among the top 12, increasing its offering last year by 20% compared with overall growth across all airlines of just over 3%.

The air travel market between Europe and South America has shown steady rather than spectacular growth in the last few years. Between 2009 and 2016 one-way non-stop scheduled seat capacity has grown by 25%, or 3.3% per annum on average. There has been consolidation in the market with the merger of LAN (of Chile) and TAM (of Brazil) to create LATAM Airline and there have been new entrants such as Brazil’s Azul Airlines. This year has got off to an exciting start with British Airways launching its longest non-stop route, between London Heathrow and Santiago in Chile, using its new 787-9s. The airline last served Chile back in 2000. 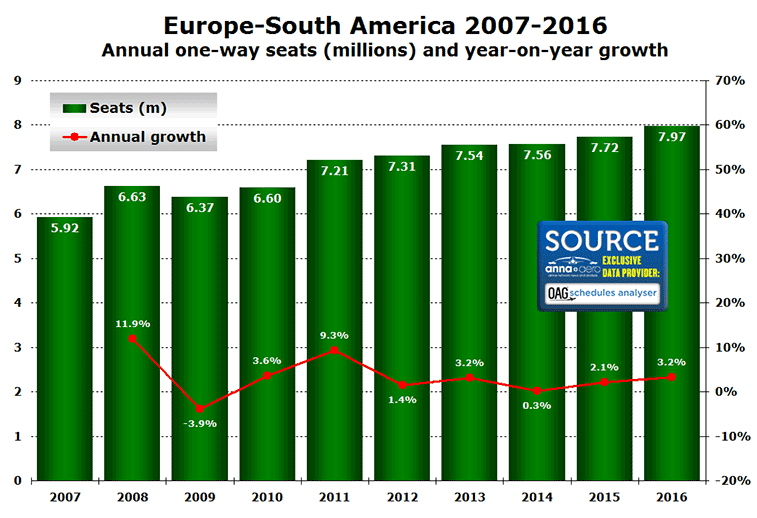 According to analysis of OAG data the average number of seats per aircraft on flights between Europe and South America has risen by almost 6% in the last three years from 281 in 2013 to 298 in 2016.

Looking at the airlines that provide services from Europe to South America reveals that Iberia is still the leading carrier offering over one million departing seats from Europe in 2016. LATAM has jumped from fourth to second as TAP Portugal falls from second to fourth, leaving Air France in third place. TAP Portugal’s focus on the difficult Brazilian market resulted in the Star Alliance carrier offering 13% less capacity between the two continents in 2016. Only three of the top 12 airlines in the market are from South America (shown in bright green). 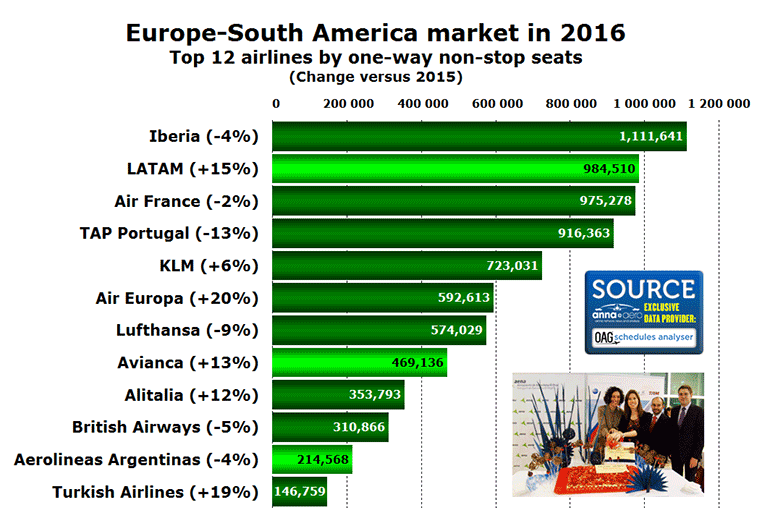 While overall capacity grew by just over 3%, six of the top 12 airlines actually cut their capacity in this market. However, five of the remaining six carriers grew their capacity by more than 10%, notably Air Europa (+20%), Turkish Airlines (+19%) and LATAM (+15%). New carriers in the market in 2016 included Azul Airlines which began a route between its Sao Paulo Viracopos base and Lisbon in June, while Switzerland’s Edelweiss Air began a twice-weekly service from Zurich to Sao Paulo Guarulhos in May. 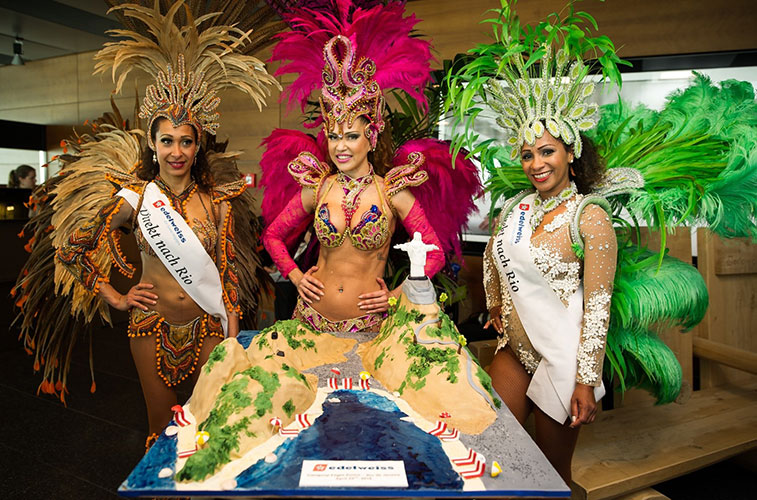 Edelweiss Air, a wholly-owned subsidiary of SWISS, began a twice-weekly service between Zurich and Sao Paulo Guarulhos on 22 April 2016. A magnificent cake was baked to mark the event at the Swiss airport.

Despite the relative stability in the market not all routes have flourished. Last September Air France suspended its service between Paris CDG and Brasilia. The 8,748-kilometre route was launched on 31 March 2014 by the SkyTeam carrier, leaving TAP Portugal’s service from Lisbon as the only non-stop connection from Europe to the Brazilian capital.

Despite the country’s economic difficulties and the concerns about the Zika virus, seven of the top 12 country markets between Europe and South America involve Brazil (shown in dark green). However, five of the seven saw capacity cuts in 2016 despite the country hosting the summer Olympics. Of the five markets not involving Brazil, all are from Spain to other countries in South America (Argentina, Chile, Colombia, Ecuador and Peru), with four showing capacity growth, notably the Spain-Colombia market where available seats increased by 21%. 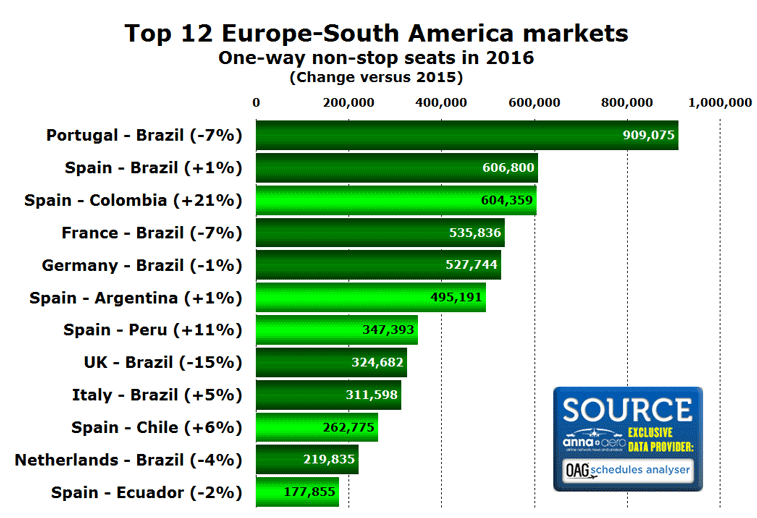 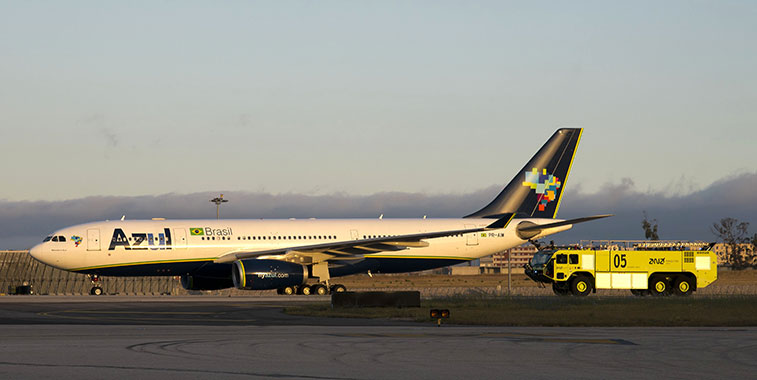 Brazil’s Azul Airlines launched its first long-haul route to Europe on 22 June 2016 between Sao Paulo Viracopos and Lisbon using its A330s. Despite this the Brazil-Portugal market saw a 7% drop in non-stop seat capacity in 2016 compared with 2015.