Southwest Airlines capacity to Belize up 117% with new Denver and Fort Lauderdale links; growth cements US as largest international market 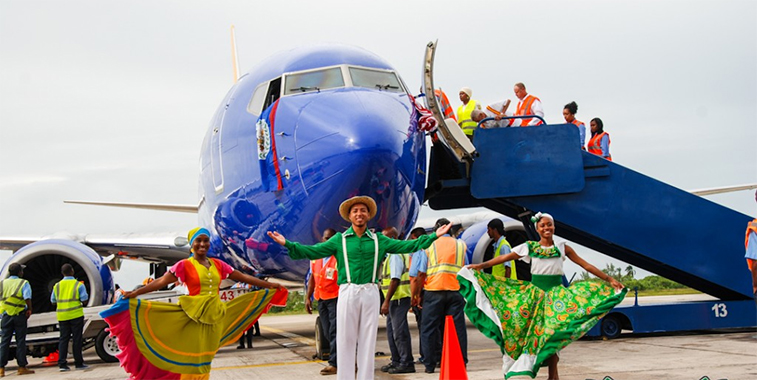 Southwest Airlines launched flights to Belize City in October 2015 from Houston Hobby. For S17 the LCC will introduce a further two routes to Belize’s capital, one from Denver and the other Fort Lauderdale. As a result the airline will grow its capacity to the Central American nation by nearly 117% this upcoming summer, meaning it will overtake Delta Air Lines to become the third largest US airline serving Belize.

Belize is a nation that is nestled in Central America. The country has two land borders, one with Mexico and the other Guatemala. It is also bordered by the Caribbean Sea. The nation in 2010 was inhabited by 324,528 people according to the Belize Population and Housing Census conducted that year, however 2015 estimates suggest that the population is now 368,000. If that is the case, then in the first half of this decade the population of Belize has grown by around 13%. The country’s GDP in 2016 is estimated to be $1.77 billion according to the International Monetary Fund.

The largest airport serving Belize is the capital’s largest – Belize City – with it occupying 52% of monthly departing seat capacity from the nation this summer. According to OAG schedules, the airport has seen its seat offering rise by 42% during the past 12 months. By S17, Belize City will have welcomed the addition of Southwest Airlines flights from Denver and Fort Lauderdale, while two domestic routes to Punta Gorda and Chetumal have commenced since S16. The average rate of annual growth for the 20 routes from Belize City that are still operating this upcoming summer is 30%. The second largest airport in the country also serves the capital, with Belize City Municipal Airport occupying 12% of seat capacity. 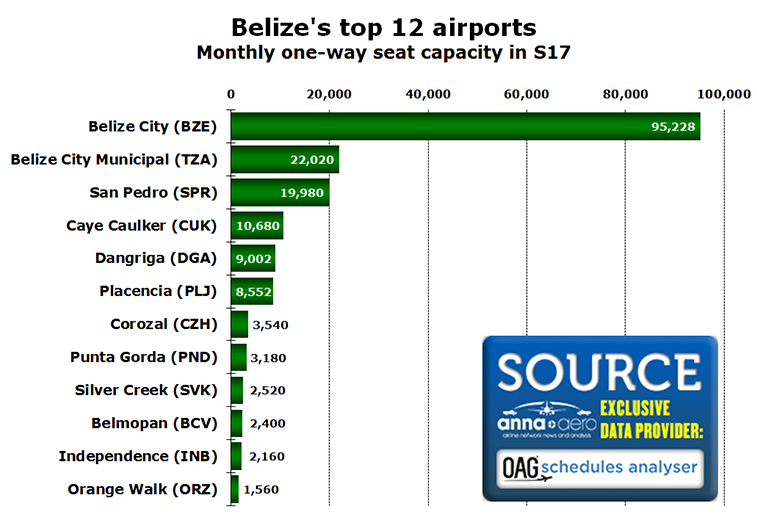 There are 13 airports in Belize with scheduled services in S17, with the one not making it into the top 12 being San Ignacio in west Belize. Serving as the cultural-economic hub of the Cayo District, San Ignacio is served by Tropic Air from Belmopan with three daily flights according to schedules data, with multiple connections being offered to the capital. Overall, San Ignacio Airport’s available monthly seat capacity this upcoming summer adds up to only 0.6% of the 182,000 monthly one-way seats on offer from Belize.

Tropic Air is number one carrier

The number one airline serving Belize is Tropic Air. The regional carrier’s slogan is ‘the airline of Belize’ and it currently operates a mixed fleet of 11 Cessna Grand Caravan 208Bs, two Gippsland Airvan GA8s, and two Cessna Turbo 182s according to its website. During the past year the airline has cemented itself as the number one airline in Belize by growing its monthly one-way seat capacity by nearly 36%. 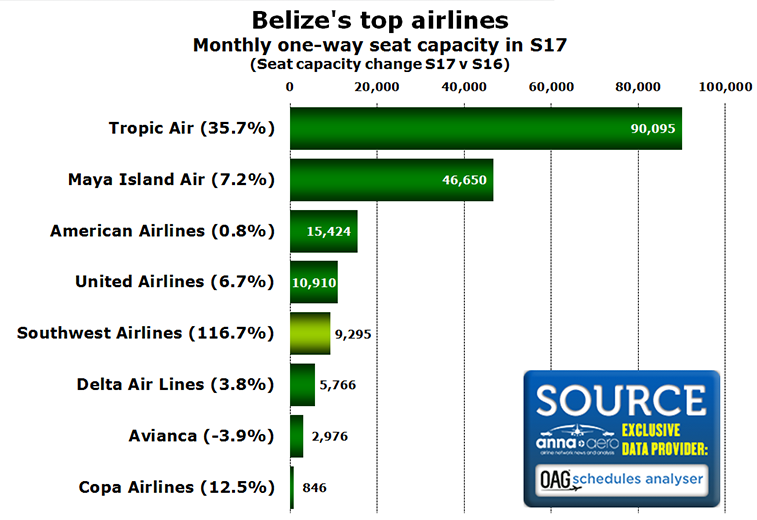 The fastest growing airline for S17 in Belize is the world’s largest LCC Southwest Airlines (highlighted in light green). The carrier recently announced that for the summer it will launch daily flights from Fort Lauderdale to Belize City, while having previously stated that from March it will commence flights from Denver to the Belize capital also. With these network developments, the airline will see its capacity to Belize grow by just under 117% this summer when compared to S16. The airline already links Belize City with its Houston Hobby hub.

US is largest international market

The domestic market is the biggest in Belize this summer, with it occupying 74% of departing seat capacity, up from the 72% majority it held in S16. The largest international market is the US, with it commanding 23% of departing seats from Belize. Nonetheless, despite Belize’s biggest international country pairing seeing a 17% growth in seat capacity, the US’ overall share of seats has dropped one point from the 24% stake it had in S16. 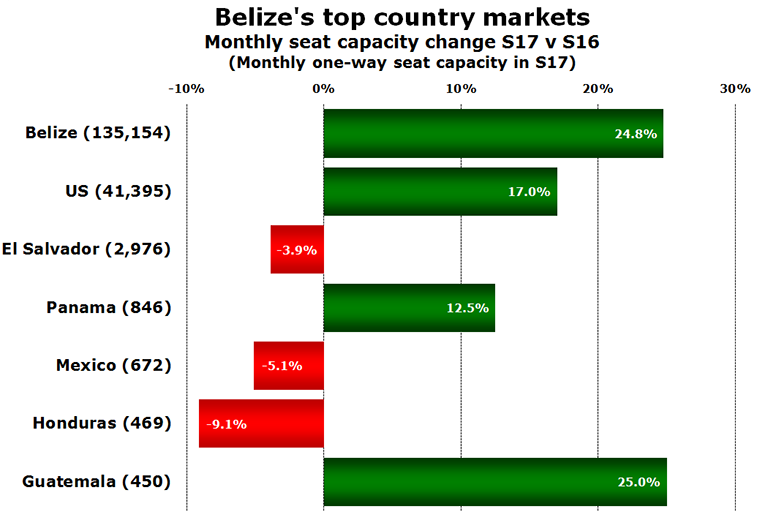 Of the seven country markets that are connected to Belize non-stop this upcoming summer, three of them will see a drop in seat capacity (highlighted in red). While Honduras (sixth largest market) is reporting the biggest decline in seat capacity at 9.1%, when it comes to net loss the most affected market is El Salvador, which is showing a net loss of 120 monthly one-way seats this summer when compared to S16. 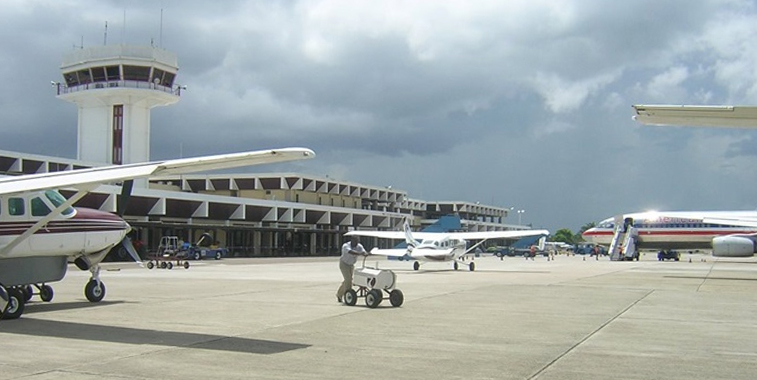 Belize City is the largest airport in Belize, with it occupying 52% of monthly one-way seat capacity from the Central American nation this upcoming summer. The airport welcomes a mixture of aircraft types ranging from the 737 down to Cessna Caravans.