Vancouver is recognised by anna.aero for welcoming its sixth Chinese carrier by being presented with the Route of the Week award 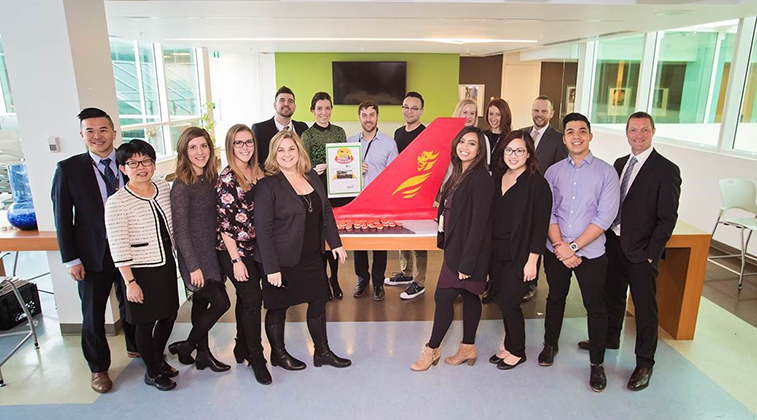 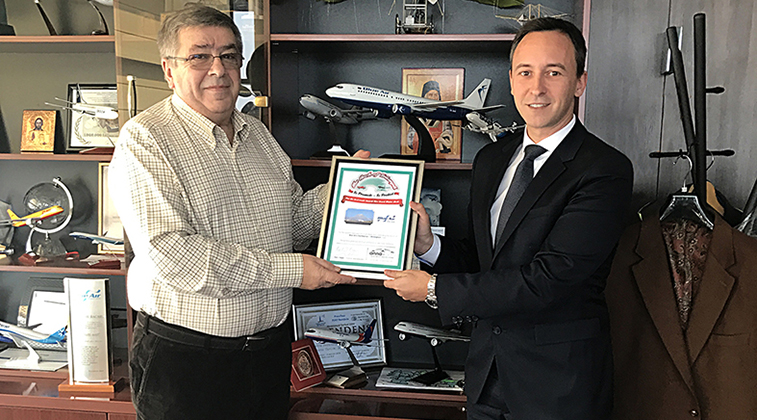 This week Romanian hybrid carrier Blue Air celebrated the news that its Cluj-Napoca to Birmingham inauguration received an award winning water arch salute, with the FTWA in Birmingham winning anna.aero’s Arch of Triumph award. This award is usually celebrated by the fire department that helped to create the winning arch, however we also know that the arch would not be in contention if it was not for the airline supplying the aircraft. Seen celebrating with the Arch of Triumph certificate are the airline’s CEO, Gheorghe Racaru, and CCO Tudor Constantinescu. On 5 January Southwest Airlines announced that it will commence flights to Cincinnati from 4 June, with the world’s largest LCC launching flights to the airport from Baltimore/Washington and Chicago Midway. The former of the two routes will be flown three times daily, while the latter will see up to five daily flights. “We’ve been working hard with our community partners to have Southwest serve the Tri-State region,” said Candace McGraw, CEO of Cincinnati Airport. “We’re thrilled to be able to offer our passengers another option when traveling from Cincinnati.” J. Michael Schlotman, Board Chairman, Cincinnati Airport, added: “This month marks the 70th anniversary of the airport, and we’ve had a long, bright history. With this announcement the future looks even brighter. We’re very excited.” Vienna Airport is making another key investment to expand its Airport City by starting construction work on enlarging its air cargo centre and adding one-third more space, which is around 15,000 square metres. The project will be implemented at a cost of about €16 million. The new addition should be ready for operation by the end of 2017. As part of the sustainability strategy of the airport, the roof of the centre will be equipped with one of Austria’s largest photovoltaic facilities to generate electricity. “The expansion of our Vienna Airport’s air cargo centre should further improve our current market position as a transshipment point for air cargo. At present about 800 tonnes of freight are handled daily at the airport, or about 280,000 tonnes annually, showing a clear upward trend”, says Günther Ofner, Member of the Management Board of the airport operating company Flughafen Wien AG. 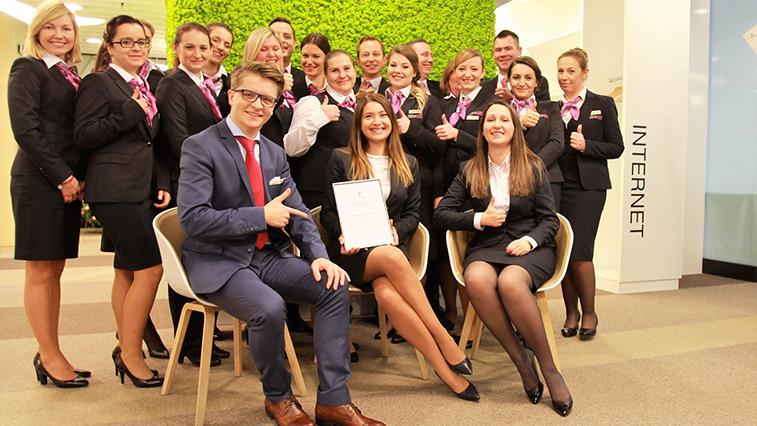 On 9 January Warsaw Chopin’s Preludium Executive Lounge was named the best lounge in the world in the ‘Best Business Facilities’ category by clients of Priority Pass. In this year’s ranking over 60,000 surveys and reports were cast. The reviews were submitted through the internet site and Priority Pass app. Members voted by such criteria as overall quality of the lounge, drinks, staff, facilities and business atmosphere. Seen celebrating with the award are the team that run the lounge at Chopin.