Airbus and Boeing end 2016 with record month; Airbus passes 100+ unit deliveries for a single month; Lufthansa welcomes its first A350 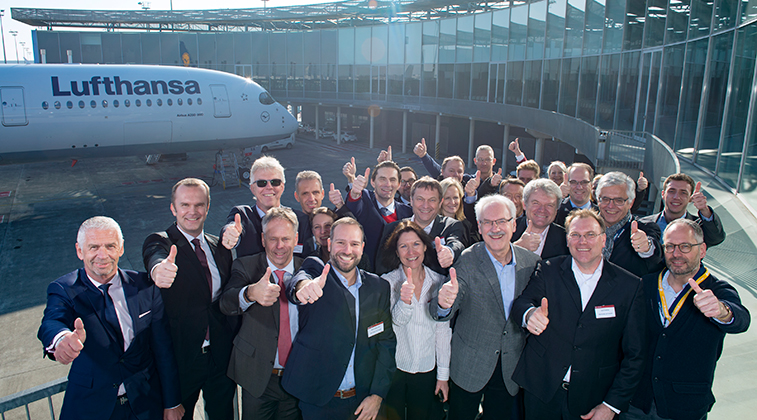 Airbus ended 2016 with a record-breaking month, delivering 111 units. The month was also historic for German flag carrier Lufthansa. On 21 December, the airline welcomed its first A350 which will be based in Munich and initially operate routes to Delhi and Boston. Overall the A350 was handed over to seven airlines in December.

In 2016 Airbus and Boeing handed over 1,436 aircraft to airlines around the world. This figure represents a 3.1% increase over the amount both companies delivered in 2015 (1,393). Boeing was the leader of the two aircraft giants last year, with the US manufacturer handing over 52% of the aircraft built by the two companies in 2016. However, Airbus improved its result on the 2015 combined tally when Boeing achieved 54% of total deliveries. Overall Boeing beat Airbus in the 2016 delivery race by 60 units, however the gap between the two at the end of the 2015 was 123 units, showing Airbus’ strong improvement against its North American-based rival.

After handing out an impressive 76 single-aisle units in December, Airbus grew its lead over Boeing in the market to 55 units. At the start of 2016, the European company was a fair distance behind Boeing, with Airbus managing to draw level in August after falling behind by 19 units by the end of February. Although Airbus lagged Boeing in nine months this year in regards to total deliveries for both single-aisle and wide-body variants, when it came to the former of the two types, Airbus performed better than or equal to its US rival in 10 months of 2016.

Boeing was the dominant of the two forces when it came to the distribution of wide-body variants in 2016. Overall the US manufacturer handed over 115 more wide-body units to clients last year than Airbus, however the variance in the figures between the two companies at the end of 2015 was 123, meaning that Airbus is perhaps narrowing the gap on Boeing in the wide-body market. The table below shows the 2016 break down of wide-body units from the two companies.

The only month of 2016 which witnessed Airbus deliver more wide-body units than Boeing was December, with the European company handing over nine more aircraft. Overall Boeing handed over 64% of wide-body units between the two manufacturers in 2016.

Following on from the 125 unit deliveries made in November, Airbus and Boeing managed to hand over 178 units in December, the best performing month in recent history. This figure means that over 12% of all deliveries in 2016 took part in the final month of the year. The figure of 178 is 35% more units than the 132 that both managed to deliver in December 2015, and 18% better than the 151 units distributed in the same month of 2014. Last month was only the third month of 2016 where Airbus managed to better or equal the deliveries of its US counterpart, and in December it managed to hand over an impressive 44 more units that Boeing. The European manufacturer distributed 111 aircraft in the last month of 2016, while Boeing managed only 67. December’s result was mightily impressive for Airbus, with this being the first time in recent history that either company has managed to deliver 100+ units in a single month. In December, 66% of deliveries were single-aisle units, with the remaining 34% wide-body.

For the final month of 2016, single-aisle units were led by the A320 (54 units), followed by the A321 (22). No A318s or A319s were handed over in December. A total of 32 airlines welcomed the A320 in December, nine more than November. The largest recipients of the type were Pegasus Airlines and Sichuan Airlines, with each collecting five of the type, while Saudi Arabian Airlines picked-up four. In relation to A321 deliveries, 17 airlines welcomed the variant into their retrospective fleets last month, with American Airlines, China Eastern Airlines, Delta Air Lines, Frontier Airlines and JetBlue Airways each collecting two A321s.

In relation to the wide-body market, Airbus handed over 35 units in December, 22 more than the European giant managed in the month before, and 11 better than it achieved in the same month of 2015. The wide-body market for Airbus was led by the A350, with it handing over 15 last month. Singapore Airlines was the largest customer by welcoming four A350s, while Cathay Pacific Airways received three. A new airline to the growing A350 family is Lufthansa, which collected its first one on 21 December. The Star Alliance member, which according to Airbus is its largest airline customer and operator, will initially use the aircraft on its routes to Delhi and Boston from Munich. Following the A350, the A330-300 was the second most popular wide-body aircraft type to be delivered last month, with Beijing Capital Airlines, Saudi Arabian Airlines and South African Airways each collecting two. December was also a busy month for the A380, with five of the seven delivered last month going to the world’s largest A380 operator – Emirates. 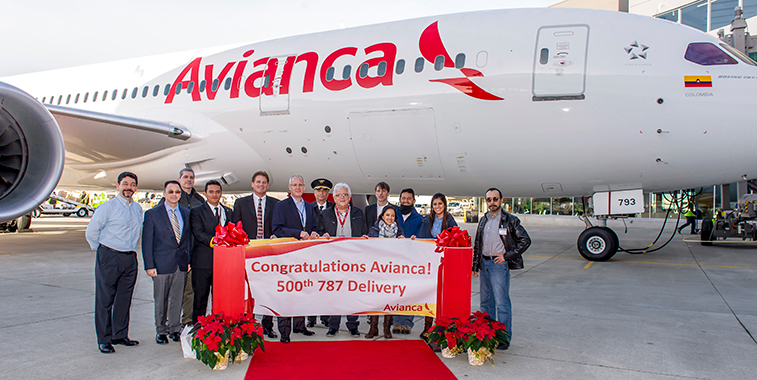 Avianca was the recipient of Boeing’s 500th 787 in December, with the occasion being heralded with a ceremony in Seattle. Since its inauguration in 2011, the 787 is now flown by 48 airlines, with around 133 million passengers having flown on the type since its launch. 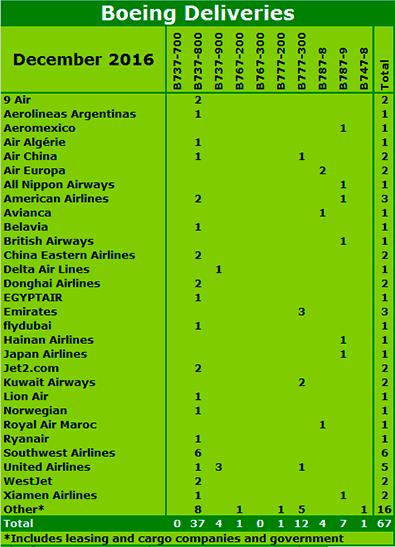 Overall Boeing ended 2016 with a grand total of 748 deliveries, 10 less than the 758 it produced in 2015. Boeing finished December with a total of 67 units, three more than the total it achieved the month before. However, the total for last month is 14 less than the result achieved in December 2015. A total of 41 single-aisle units were distributed by Boeing in the 12th month of last year, 35 units less than Airbus, and three lower than its own total in the same month of 2015. A total of 37 737-800s were handed over to 18 airlines in December, with the largest recipient being the US’ largest LCC Southwest Airlines, which collected six. As well as the -800, four 737-900s were also handed over last month, with the biggest customer of that variant being United Airlines, which received three.

Analysis of the wide-body market shows that Boeing handed over 26 units in December, 10 more than November, and 11 more than the same month of 2015. December was the only month last year which witnessed Airbus handing over more wide-body variants than Boeing. Last year the US company on average delivered nine more wide-body units per month than its European rival. The star performer of Boeing’s wide-body variants in December was the 777-300 with 12 being handed over. Emirates was the largest customer, collecting three units, while the newest 777-300 operator – Kuwait Airways – welcomed two, with the Middle East airline expecting to welcome 10 in total into its fleet. In December there was a iconic moment for the 787, with the 500th of the type being delivered. “Achieving 500 deliveries – the fastest to 500 for twin-aisle – is a great accomplishment, made possible by the hard work and dedication of our employees and global suppliers,” said Mark Jenks, VP and GM, 787 programme, Boeing. The 500th 787 was delivered to Avianca. According to Boeing, since entering service in 2011, the 787 fleet has grown to include 48 operators, which have collectively flown 696,000 revenue flights, carrying 133 million passengers over 1.7 billion revenue miles. 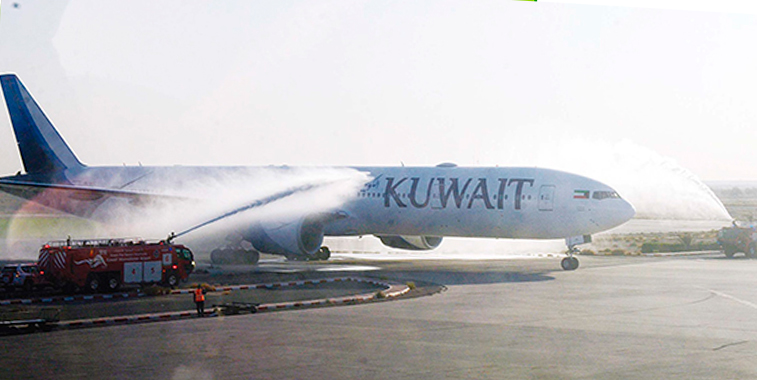 Kuwait Airways welcomed the first of 10 777-300s bound for its fleet in December, with Kuwait City Airport welcoming the aircraft with a water arch salute on its arrival. The final month of 2016 witnessed the airline welcome two of the type, with the remaining eight expected to join the fleet throughout 2017.