Singapore Airlines on 17 January introduced the A350 onto its Singapore – Manchester – Houston Intercontinental service, a tri-city route that was served by its 777-300s. This is the first A350 operation to Manchester, and it becomes the first UK airport outside of London to welcome a regular service with the aircraft type. The A350 is a UK North West success story, with the wings for it being assembled at Airbus’ £400 million factory in Broughton, Chester, which is located 64 kilometres from Manchester Airport. Sheldon Hee, Singapore Airlines’ GM UK & Ireland, said at Manchester Airport: “We are excited to announce our inaugural A350 flight from the UK and delighted to see this happening at Manchester Airport. The launch follows our recent inauguration of non-stop routes from Manchester to Houston and Singapore, and shows our commitment to the economy and people of the North West. It is great to see that by working alongside Airbus our A350s have helped support jobs in the North West and wider UK economy. It has allowed this region to showcase itself as a hotbed of technological talent.” Seen welcoming the A350 to Manchester alongside Hee is Stephen Turner, Commercial Director, Manchester Airport. On 4 January JetBlue Airways celebrated its first flight between Fort Lauderdale and Aruba. To toast the connection, the latter airport baked this fantastic cake, while a ribbon cutting ceremony, gift giving and water arch salute were also conducted to market the new venture. The 1,843-kilometre sector will be flown by the airline daily facing direct competition from Spirit Airlines which offers a weekly service. Fort Lauderdale becomes JetBlue’s third route to Aruba, the airline already links the island to Boston and New York JFK. 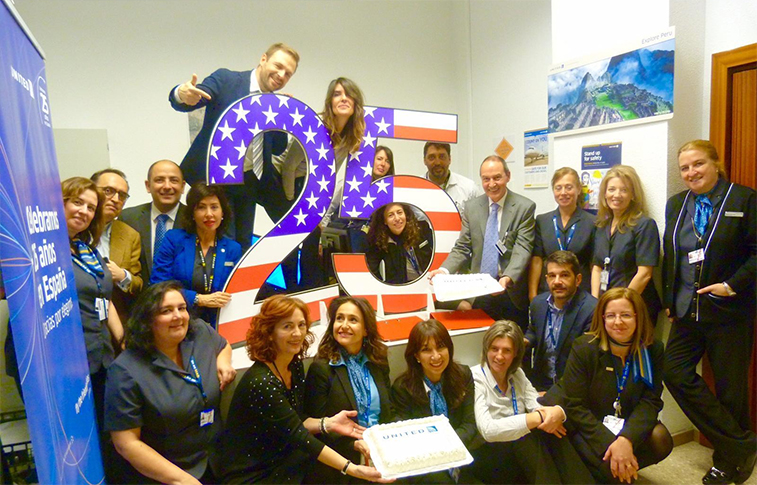 On 16 January United Airlines celebrated the 25-year anniversary of its flights between New York Newark and Madrid. Since it inaugurated the route back in 1992 to the Spanish capital, the airline has flown 3.3 million passengers across 18,000 flights. To mark the milestone the airline held a small celebration in Madrid which included cake. 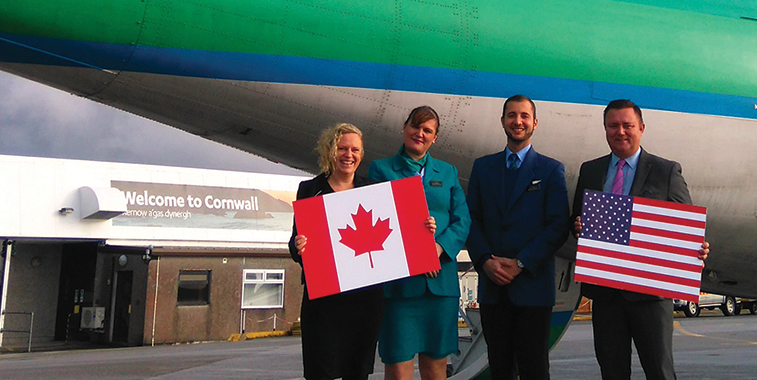 Cornwall Airport Newquay recently welcomed the news of Aer Lingus Regional’s new flying schedule for S17. The new timings will allow for improved connections to the Irish flag carrier’s second daily wave of transatlantic flights from Dublin. The enhanced schedule is set to begin from 27 March with five weekly flights. From April, the route will increase to daily, further improving connections for Cornwall passengers. Taking advantage of US immigration pre-clearance in Dublin, passengers will have access to easy-flowing connections to globally-important destinations such as New York, Boston, Chicago and Hartford in the US and Toronto in Canada. Al Titterington, MD Cornwall Airport Newquay, said of the new schedule: “Expanding our route network through cost effective, indirect routes further enhances the destination options available to those wishing to fly from Cornwall.” Seen celebrating the news with Aer Lingus Regional crew are Cornwall Airport Newquay’s Amy Smith, Marketing and Communications Manager and Richard Thomasson, Operations Manager. 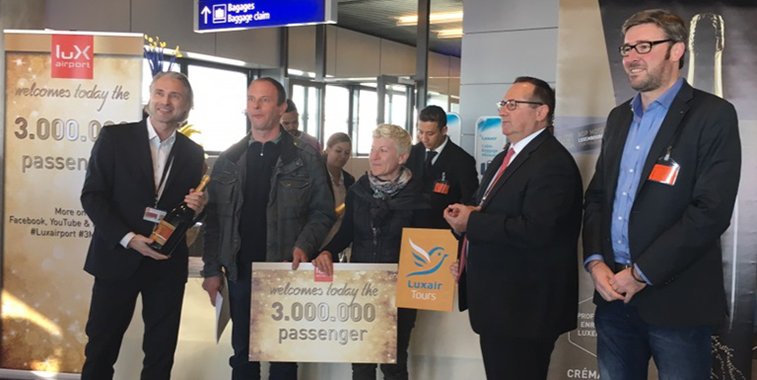 Luxembourg Airport passed the three million passenger barrier for 2016, representing a 12.4% growth in passengers for the year. In three years passenger traffic at the airport has risen from two to three million per annum. According to the airport, the total of three million surpassed its goal of 2.85 million for 2016. One reason for this growth is due to the airport welcoming five new airlines last year, namely: Aegean Airlines, Flybe, HOP!, LOT Polish Airlines and Ryanair. The most spectacular growth was recorded in Q1 of 2016 at 22.2%. Luxair remains the airport’s number one airline with it carrying 1.73 million passengers, around 57% of the market. Sao Paulo Guarulhos welcomed the arrival of Azul Airlines’ new A320neo recently with a water arch salute. The airline will initially use the aircraft on its routes from Guarulhos to Recife and Florianopolis. 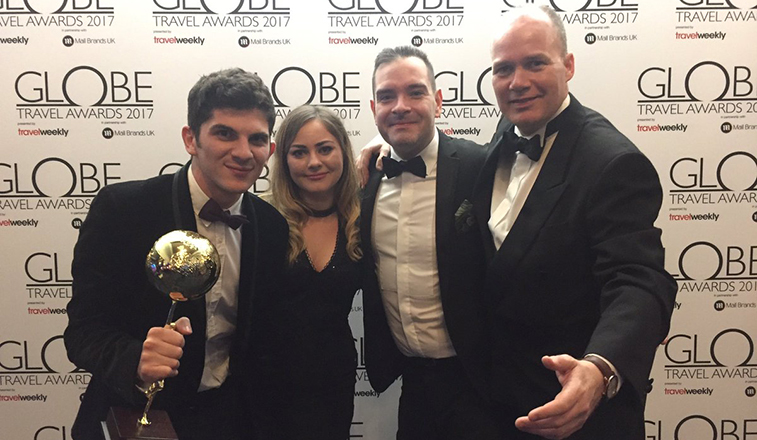 Manchester Airport has been named best UK airport for a third year running at the Globe Awards hosted by Travel Weekly. The award comes after a strong 2016 for Manchester, which saw it break its all-time passenger record for a calendar year, with 25.6 million passengers passing through the airport’s three terminals. It also saw the airport welcome new long-haul routes including Beijing, Los Angeles, Boston and Phuket.