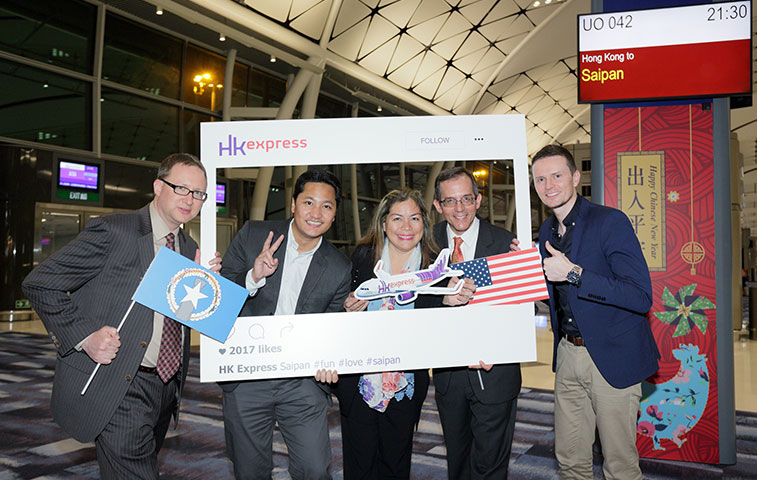 It was a late night at Hong Kong Airport for those celebrating the launch of HK Express’ first service to Saipan. Flight UO 042 was scheduled to depart at 21:30 on Tuesday 17 January. Posing for the camera were: Brian Bedell, Consul of Economic Affairs, US Consulate General; Christopher A. Concepcion, Managing Director of Marianas Visitor Authority; Shirley Ogumoro, Special Assistant for Administration for the Office of the Governor; Thomas Hodges, US Deputy Consul General; and Luke Lovegrove, Commercial Director for HK Express. The three times weekly service will face competition from Hong Kong Airlines which operates the same route twice-weekly.