Leak of the Week: Norwegian to start Singapore service from Oslo 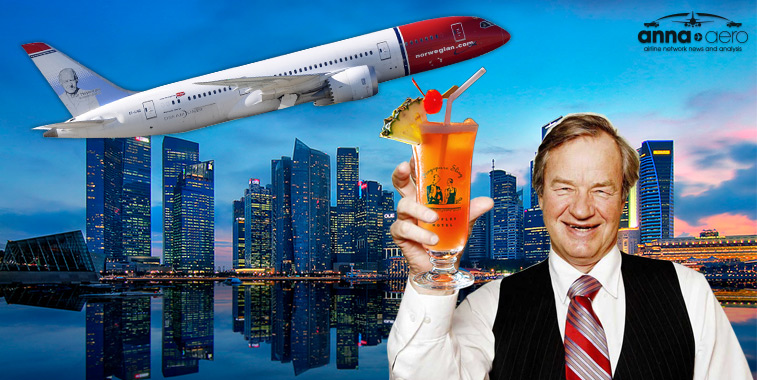 Cheers Bjørn!! It will be drinks – Singapore Slings of course – all round if Norwegian’s CEO gets his way and launches flights from the LCC’s home base of Oslo to Singapore. Having missed out when Singapore Airlines decided to extend its Moscow Domodedovo service to Stockholm Arlanda, the Norwegian capital will be happy if non-stop flights are started by the LCC instead.

Norwegian is looking to extend its route network east, with the start of a Singapore service, if rumours circulating on various aviation forums are to be believed. Key to the start of the route will be gaining the requisite overflight permission from Russia. If the LCC achieves that, no doubt with the help of the Norwegian authorities, Bjørn Kjos will be buying the Singapore Slings in the Raffles Hotel after the route launch. The airline’s CEO recently commented to Norway’s largest newspaper Aftenposten: “We can carry huge amounts of passengers to Norway if Norwegian is allowed to operate routes to Asia under the same conditions as our competitors. If we get a breakthrough in the negotiations, I can promise many new routes from Oslo.”

Plenty of scope for more Singapore services with Norwegian

LCCs like Norwegian like to join the dots on their network, so if a Singapore service is to be launched from Oslo Gardermoen, we should fully expect the airline to be seriously considering the city pair from its other long-haul bases. The following table summarises the airports from which Norwegian has long-haul operations and their respective connections to Singapore – or not. It should be noted that Norwegian did operate to New York JFK on a weekly basis last summer from Bergen, but at this stage the route is not planned to return to the LCC’s network for S17. On that basis, Norway’s second largest airport has been excluded from the table.

If Norwegian decides to fly to Singapore, half of its existing long-haul bases currently offer no incumbents on the respective city pair. Singapore Airlines will begin its next Scandinavian service on 30 May, when its existing Moscow Domodedovo operation will be extended to Stockholm Arlanda. The tag-on sector will be flown five times weekly by the Star Alliance carrier’s A350-900 fleet.

Norwegian would not be the first LCC to fly between Singapore and Europe. Singapore Airlines’ in-house LCC Scoot is taking over a route which was previously operated by the parent company up until S15. Launching on 20 June, Scoot will fly four times weekly with its 787-8s to Athens.

Oslo is Norwegian’s biggest base, offering 120,864 weekly seats, nearly twice the size of Arlanda (62,685 weekly seats) and Copenhagen (54,130 weekly seats), across 65 destinations, including seven long-haul services – Bangkok Suvarnabhumi, New York JFK, Los Angeles, Fort Lauderdale, Las Vegas, San Juan and Orlando. As a result, the LCC will no doubt be looking to leverage all of the domestic and European connections possible to feed any potential Singapore service. 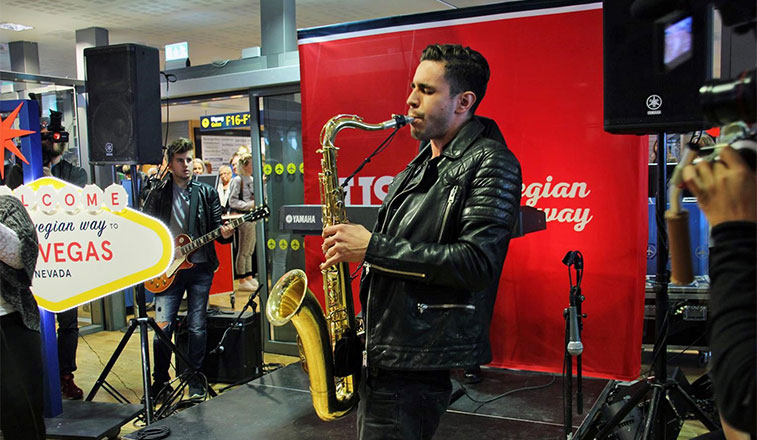 Norwegian’s last long-haul route launch from its Oslo Gardermoen base was its weekly service to Las Vegas, which was launched on 1 November. It currently flies to seven long-haul destinations from the Norwegian capital city, but only one heading east, to Bangkok Suvarnabhumi, so a new service to Singapore would be a welcome addition to its 65-destination network at its biggest base.