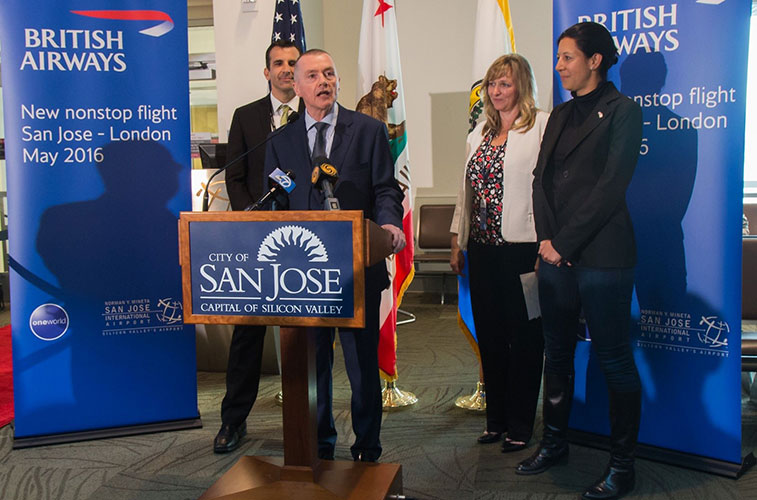 Five years ago Norman Y. Mineta San Jose International Airport had no direct connections to Asia or Europe. This summer it will have direct flights to Frankfurt (with Lufthansa) and London Heathrow (with British Airways), as well as non-stop flights to Beijing, Shanghai and Tokyo.

The number of non-stop routes between airports in North America (the US and Canada) and Asia has increased by over 50% in the last five years from 91 in S12 to 138 in S17, a net increase of 47 routes. A similar analysis of routes between North America and Europe shows that the number of non-stop routes has grown by a more modest 24% from 347 to 431, a net increase of 84 routes.

A closer look at the number of destinations served from each North American airport reveals, not surprisingly, that those facilities based on the eastern side of the continent have the best links to Europe, while those on the west coast have the most connections to points in Asia.

New York’s JFK airport has extended its lead over its nearest rivals in the last five years, increasing the number of points served non-stop in Europe by five, from 38 to 43. Second-placed Toronto Pearson is still serving 33 points in Europe and is being caught by both Newark and its Canadian rival Montreal. The biggest increase in connectivity is in Los Angeles, which now has nine more connections than it did five years ago. Miami has seen a net increase of eight, while San Francisco (gained seven) and Boston (gained six) have also seen impressive growth. 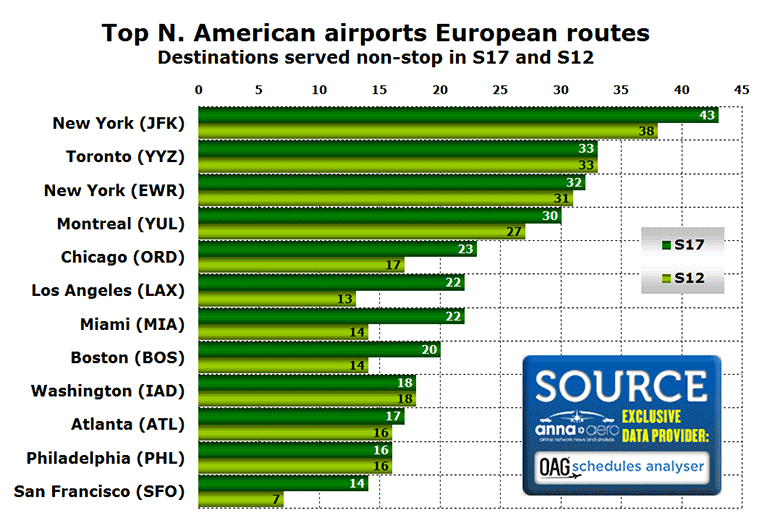 A total of 50 North American airports will this summer have a non-stop connection with at least one airport in Europe, up from 46 in S12. Six airports now have a non-stop link with Europe which they did not have five years ago.

Two airports have lost non-stop service to Europe; Memphis has lost its service to Amsterdam (operated by Delta Air Lines until the end of S12), and Hamilton is no longer connected to Terceira by SATA Air Açores. 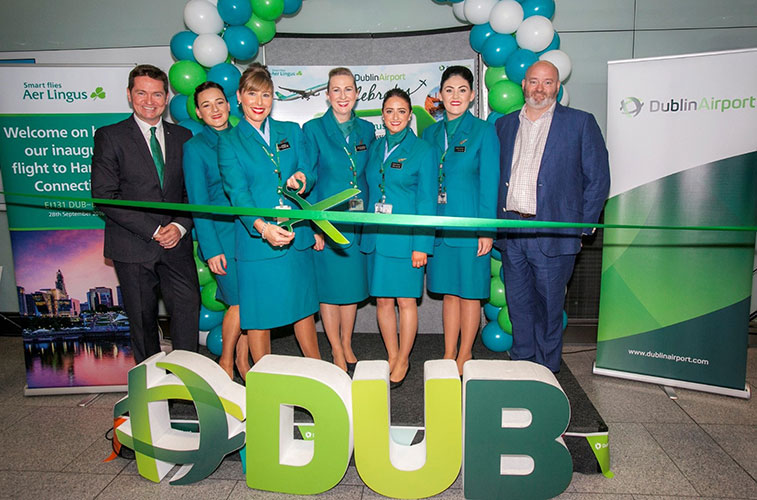 Hartford, Connecticut returned to the ranks of US airports with non-stop links to Europe when Aer Lingus began serving the airport from Dublin last September. anna.aero was lucky enough to be on the inaugural service operated on behalf of Aer Lingus by ASL Airlines Ireland using its 757 fleet.

For links to Asia, San Francisco just edges out Los Angeles and Vancouver for the most non-stop routes. The Californian gateway is connected to 17 airports in Asia, while its main rivals can only manage 16 each. San Francisco has also seen the biggest net gain in destinations, growing by nine in the last five years. Both Los Angeles and Vancouver saw a net gain of seven Asian destinations during the same period. 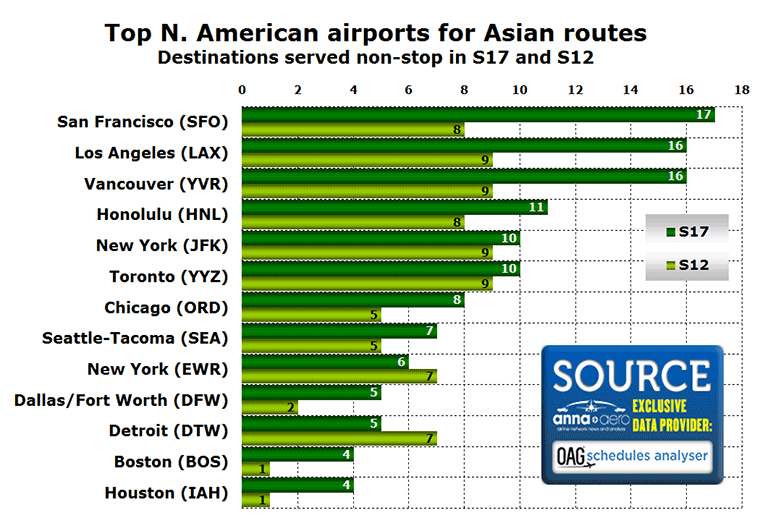 In the last five years the number of North American airports with non-stop flights to Asia has increased from 19 to 24. The entry into service of the 787-8 and 787-9s has helped facilitate several of these new routes. 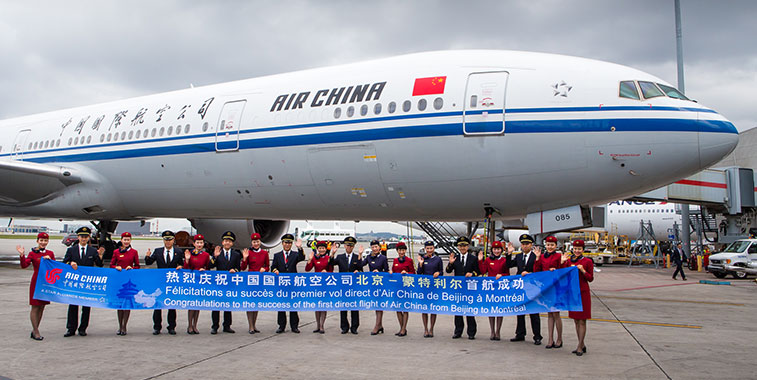