Leak of the Week: Cobalt to add three more UK destinations for S17 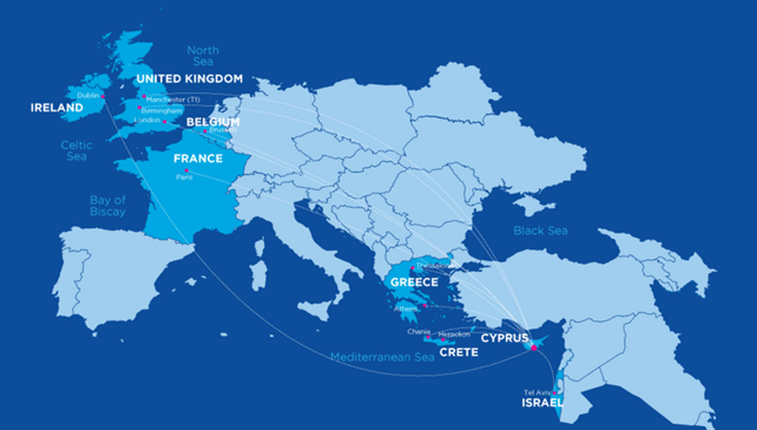 Cobalt’s new connections. More new routes are to come from the Cypriot airline this summer, with a six times weekly service to Tel Aviv and a twice-weekly sector to Brussels on sale already. Not on this map, but on the airline’s drop down menus in its booking engine are three more UK departure points – Cardiff, Glasgow and Newcastle. Dublin is set to return for S17 too, having been served in S16.

Cobalt is looking to expand its network for S17 with the addition of five new routes – three of which are yet to be revealed – until now, thanks to anna.aero’s busy little data elves. The Larnaca-based carrier will add three more UK destinations this summer – namely Cardiff, Glasgow and Newcastle. These will join the recently announced additions to its flying progamme – starting 26 March, Cobalt will begin a six times weekly 55-minute hop to Tel Aviv, followed the next day by a twice-weekly (Mondays and Thursdays) service to Brussels. The re-start of twice-weekly (Wednesdays and Saturdays) flights to Dublin will begin on 8 April – marking a substantial season extension to the route which was flown in S16 between July and September only.

Of the five new routes announced, or yet to be revealed, all of them will face competition. The most competitive is the 338-kilometre sector from Larnaca to Tel Aviv, which sees three incumbents – Aegean Airlines, Arkia and El Al – offering 23 weekly frequencies.

If Cobalt is planning to launch the three unannounced UK routes ready for a S17 start, the airline is rapidly running out of time to get them on sale, depending on what the intended inaugural flight dates are. Both Tel Aviv and Brussels were announced around nine weeks prior to launch, so on this basis for an end-May launch the new UK routes would need to be on sale by mid-March (but a longer sales window would of course be more preferable!).

While the airline’s five new routes are all facing direct competition on the respective city pairs, there are still some sizeable unserved routes available from Larnaca. The biggest of those, according to OAG Traffic Analyser O&D data is Hamburg, which witnessed two-way indirect traffic of 20,963 passengers in the period December 2015-November 2016. Other unserved opportunities in Europe or the Middle East include Tehran (17,498 two-way passengers), Kuwait (15,775), Madrid (10,644) and Geneva (9,948). None of these figures includes any potential demand lost from the individual airport catchments via surface leakage, which would be in addition to these figures above. While we wait for Cobalt to add these suggested destinations to its network, rest-assured that anna.aero will bring you the Leak of the Week first. 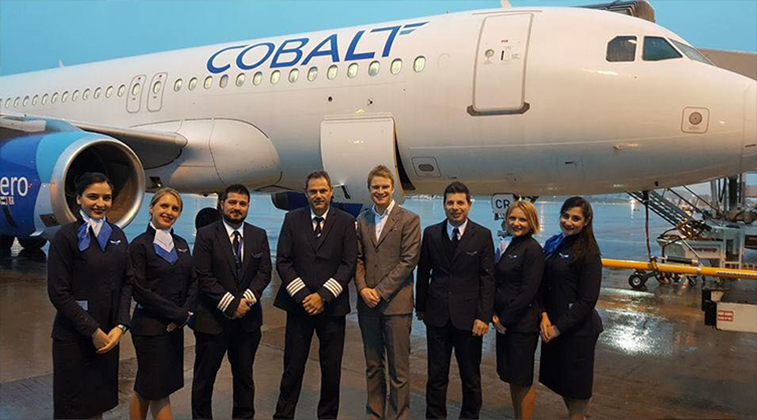 Cobalt launched its third UK destination on 10 December a twice-weekly service to Birmingham, facing direct competition from Monarch Airlines. The Cypriot airline seems to select new routes where there are incumbent serving airlines, despite the fact that there are sizeable unserved opportunities from Larnaca like Hamburg, Tehran and Madrid.