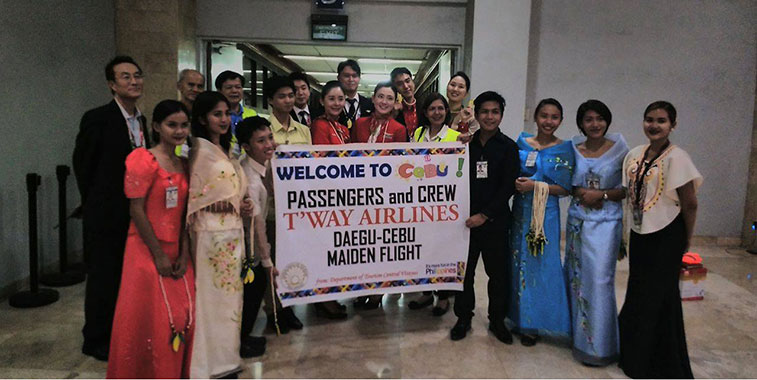 On 15 December 2016 t’way air launched a five times weekly service from Daegu to Cebu in the Philippines. It is the South Korean airport’s only link to that country. The launch of four new routes in December helped Daegu to report traffic growth of 47% in that month and 25% for the year as a whole. The airport finally broke its annual passenger record, set back in 2002, before the launch of high-speed rail services in 2004 reduced demand for domestic air travel, especially to Seoul.

Daegu is the fourth largest city in South Korea, located in the south-east of the country approximately 80 kilometres from the coast. It has a population of around 2.5 million people and its major industries are textiles, metals and machinery. Daegu International Airport is the sixth busiest in the country handling a record 2.53 million passengers in 2016. It was also the second fastest growing airport in the country (after Cheongju) with demand up 24.9% when compared with 2015.

In the first few years of the millennium the airport welcomed around 2.3 million passengers each year. When the new high-speed rail link to Seoul opened in April 2004, domestic traffic declined significantly and by 2005 the airport was handling just over 1.2 million passengers. Between 2006 and 2013 passenger numbers held steady at between 1.0 and 1.2 million, with a small peak in 2011 when the city hosted the IAAF World Championships in Athletics. 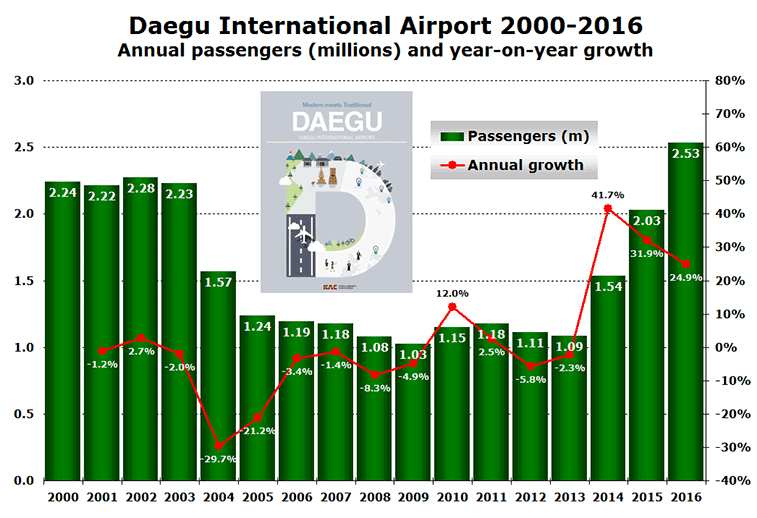 Passenger numbers have grown rapidly in the last three years thanks to the arrival of several LCCs, most notably Air Busan, Jeju Air and t’way air. The dip in traffic after May 2015 can be explained by an outbreak of MERS in South Korea in late May. Due to the airport’s rapid growth in recent years (and the MERs issue) the underlying seasonality profile is quite difficult to determine. However, there appear to be clear peaks in August and October. In 2016 these two months each saw a quarter of a million passengers pass through the airport. 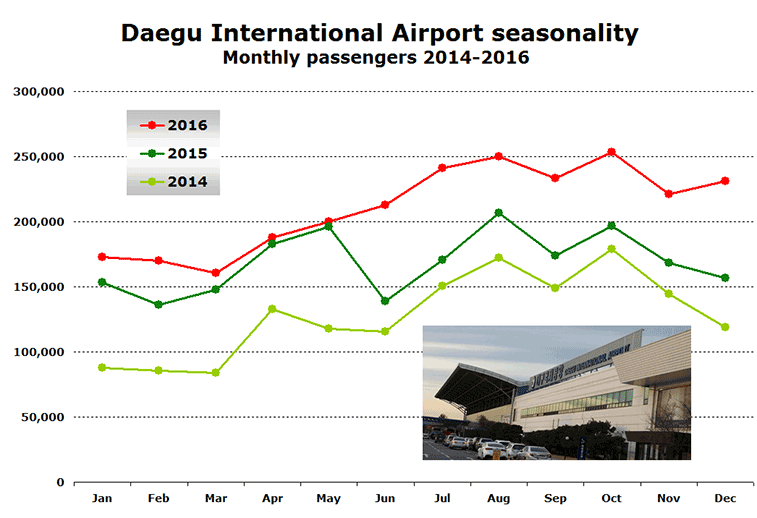 A closer look at OAG schedule data for the last decade confirms the impact that LCCs have had at the airport. Capacity growth between 2013 and 2016 has been driven by Air Busan, Jeju Air and t’way air, though the capacity growth does not appear to have been as great as the traffic growth. Part of this could be explained by the fact that LCCs often have higher load factors than traditional airlines (such as Asiana Airlines and Korean Air). However, the scheduled outbound capacity figure for 2016 of less than 1.2 million is puzzling as even with a 100% load factor in both directions this would only give 2.4 million passengers, when the actual figure is over 2.5 million. The most likely explanations are that there has been considerable growth in charter services in recent years and that schedule data for the fast-growing LCCs during this period is incomplete. 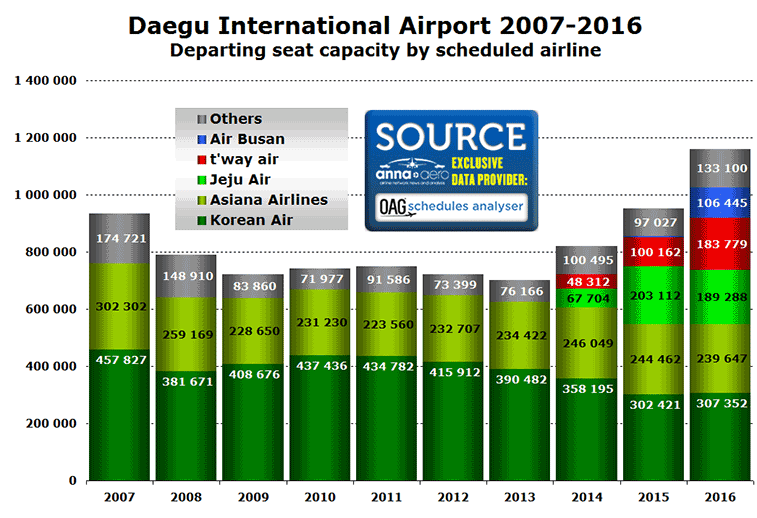 The two legacy carriers, Korean Air and Asiana Airlines only offer domestic service from Daegu with both carriers serving Jeju with multiple daily flights and Korean Air still offering a twice-daily service on the 262-kilometre route to its main international hub at Seoul Incheon.

15 new services at Daegu in the last three years

Since the beginning of 2014 the airport has welcomed over a dozen new services operated by four carriers. A chronological list of the route launches is summarised in the following table.

These are the new routes which are still operating. In addition, in 2015 Korean Air started and then ended flights to Shenyang in China, while that same year Okay Airways briefly served Ningbo. Jeju Air launched and then cancelled flights to Bangkok Suvarnabhumi and t’way operated flights to Shanghai Pudong for a brief period.

Of particular note is the new route launched by t’way air on 15 December to Cebu in the Philippines. This is the first scheduled service to that country from Daegu since ZestAir operated just eight flights on the same route in July and August 2011. The new route is currently operating with five weekly flights. The launch of four new routes in December helped the airport record an almost 50% increase in traffic in the last month of 2016. However, at present no new routes have been announced for 2017. 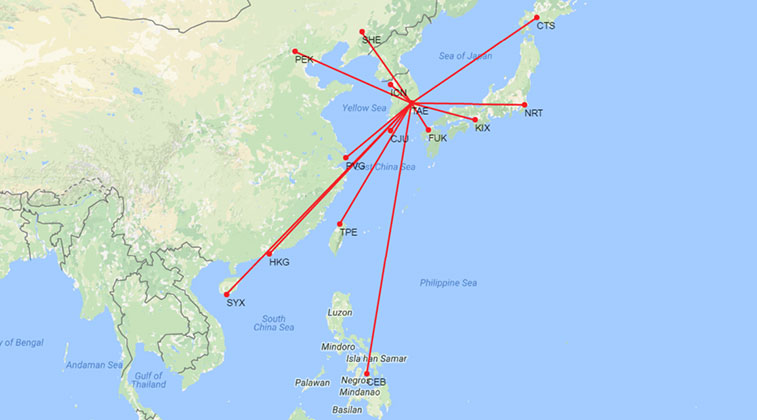