easyJet closes in on 50 routes from Amsterdam Schiphol; capacity up 20% in 2016 and 2015 as Budapest and Lanzarote routes added 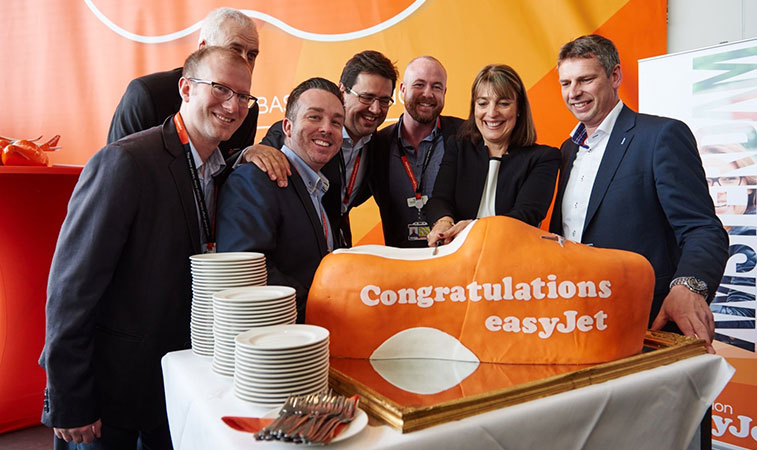 Well how else are you going to celebrate the launch of a new base in Amsterdam than with a massive clog-shaped cake? easyJet CEO Carolyn McCall was on hand to cut the cake on 31 March 2015 as easyJet finally made the Dutch airport a base. Over the last 20 years it has launched 48 routes from the airport (including two this month to Budapest and Lanzarote) of which only seven have been dropped.

Amsterdam Airport Schiphol was easyJet’s first non-UK airport when it began flights there from London Luton in April 1996, just five months after the LCC began domestic operations in the UK. So it may seem a bit odd that the airport only became a designated base for the airline as recently as 2015. While KLM is the dominant carrier at the airport, accounting for 48.4% of seat capacity in 2016 according to OAG data, easyJet ranks a clear second with 8.3% of seat capacity beating Transavia (6.5%) into third place.

After cutting capacity slightly in both 2008 and 2009, easyJet has almost trebled its seat offering at the Dutch airport in the last seven years. In each of the last two years, capacity has grown by around 20%, helping to make Amsterdam the fastest-growing major hub airport in 2016 (passenger numbers were up 9% to 63.6 million). The airport also overtook London Heathrow and Paris CDG in 2016 to become the busiest airport in Europe for aircraft movements (479,000 in 2016, up 6.3%), according to figures published this week by EUROCONTROL. 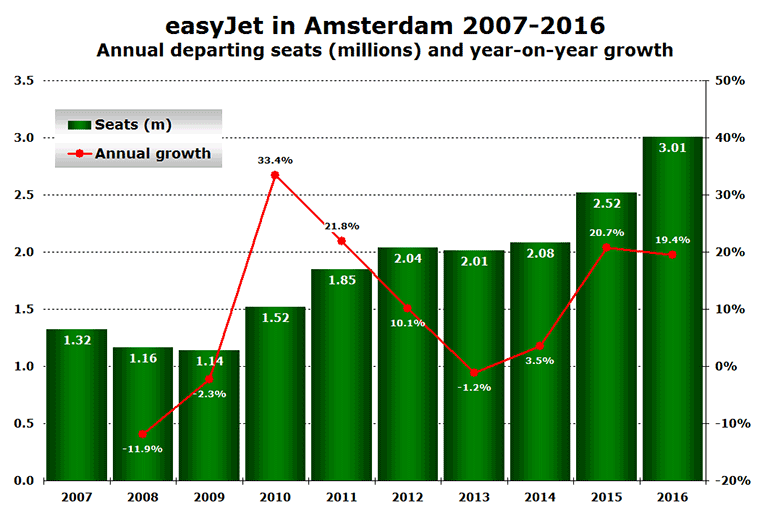 This winter Amsterdam ranks as easyJet’s fifth biggest base, and third biggest non-UK base after Geneva and Milan Malpensa. The same holds true in S17, although Malpensa jumps ahead of both Geneva and Luton during the peak summer period. Although easyJet is launching two new routes this week from Amsterdam to Budapest and Lanzarote, no further new routes are currently planned from the Dutch hub for the rest of the year. 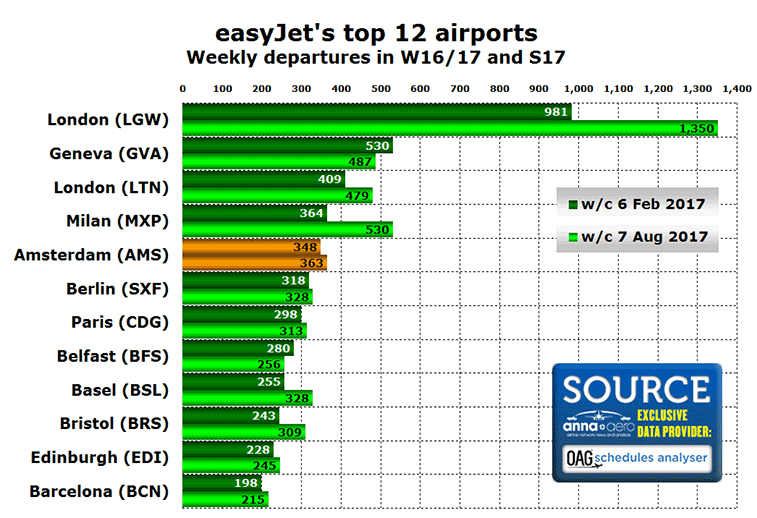 easyJet serves 12 country markets from Amsterdam, of which by far the biggest is the UK. Over half of the airline’s seat capacity is reserved for routes to England, Scotland and Northern Ireland. Italy is a long way behind in second place with just under 15% of seats, followed by Switzerland (9%) and Germany (7%). Comparing with 2015 there has been phenomenal growth in the Austrian market, as routes to Salzburg and Vienna only began at the very end of 2015. Flights to Ibiza and Tenerife South only began in 2015, with Malaga and Palma de Mallorca being added during 2016. 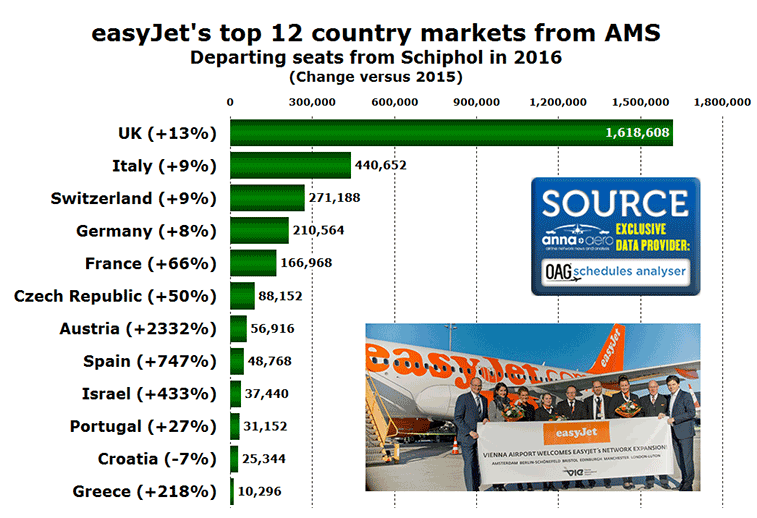 easyJet closing in on 50 routes at Schiphol

Since the LCC’s first route from London Luton in April 1996, easyJet has tried 47 further routes. Impressively, all but seven are still being operated in 2017, representing a success rate of 85%. The following table catalogues the year in which routes were launched and in some cases ended.

Before 2015 it was noticeable that easyJet tended to launch new routes from Amsterdam only every two or even three years. However, 2017 has become the fourth year in a row that the LCC has now launched new routes from the airport. 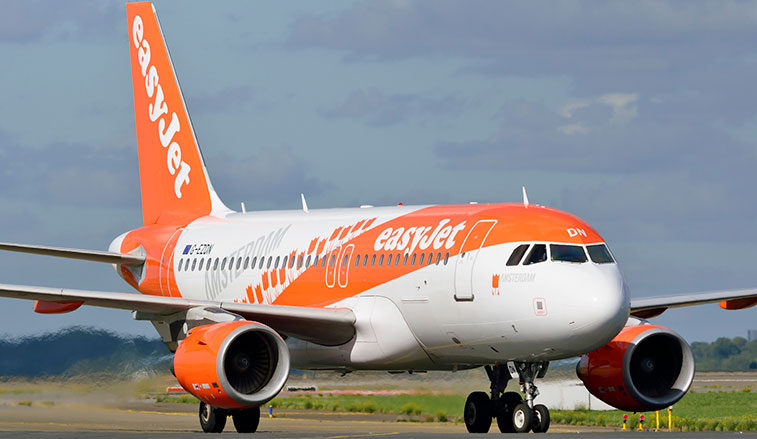 To celebrate easyJet’s new Dutch base in 2015 the airline added some Amsterdam branding to one of its A319s.