Volaris grows by 25% in 2016; fleet of 69 aircraft flies over 15 million passengers; three million on international (mainly US) services 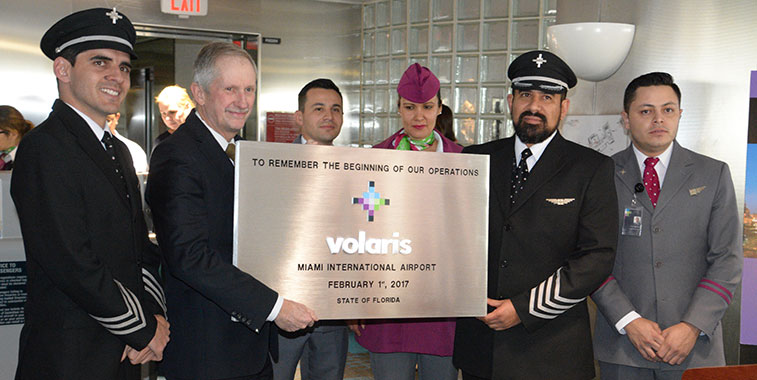 Miami nice! The start of the month saw Volaris add Miami in Florida to its network of over 60 airports in Mexico, US and Central America. Service to Guadalajara and Mexico City were moved to the airport from nearby Fort Lauderdale. Volaris now serves almost 70 airports with a fleet of almost 70 aircraft.

Mexican LCC Volaris launched operations in March 2006 from Toluca Airport near Mexico City. Nearly 11 years later the carrier has a fleet of 69 aircraft and has a 28% share of the domestic market according to government statistics. In total Volaris transported just over 15 million passengers in 2016, up 25.2% on the previous year. Domestic traffic was up 24.8% to just over 12 million, while international traffic grew 26.9% to a fraction over three million passengers. The total network load factor improved by 3.5 percentage points to 85.8%. While international passengers represent just 20% of the airline’s total, international flights (mostly to the US) account for 30% of the LCC’s ASKs (Available Seat Kilometres). Currently operating over 150 routes spread across almost 70 airports the carrier has grown impressively in recent years.

Only Aeromexico is bigger in the domestic market

In the seven years since 2009 Volaris has reported domestic passenger growth of between 20% and 30% in five of them, with 2010 (+16%) and 2014 (+9%) the outliers. Aeromexico with around 31% of the domestic is still slightly bigger than Volaris, with Interjet (22%) and VivaAerobus (14%) the other main players competing for domestic passengers. These four carriers account for around 95% of the burgeoning Mexican domestic market. 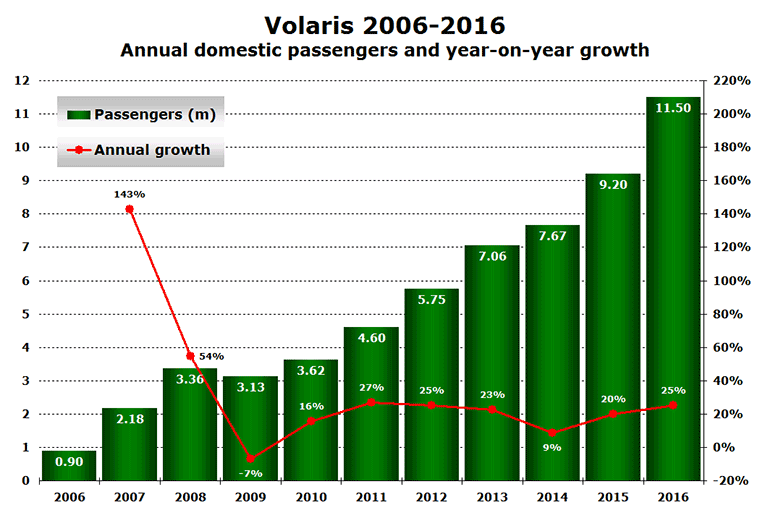 Guadalajara, Mexico City and Tijuana all vying for #1 status at Volaris

Rather than just looking at flights or seats, an analysis of the airline’s leading airports as measured by ASKs reveals that there is little to choose between three airports; Guadalajara, Mexico City and Tijuana. While Tijuana, located close to the US border not far from San Diego, has 25% fewer weekly flights than Mexico City, its location means that the average sector length on routes from there is higher than from the capital. One US airport (shown in light green) makes the top 10 by this metric, Los Angeles. Las Vegas and both Chicago airports just make it into the top 15 airports. 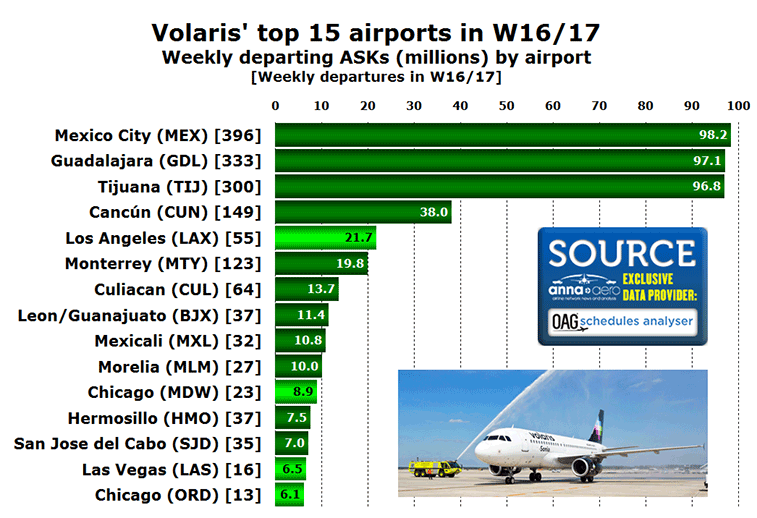 Volaris now serves over 20 destinations in the US, and this week moved its Fort Lauderdale services (from Guadalajara and Mexico City) to Miami. Other non-Mexican cities served are Guatemala City in Guatemala, San Jose in Costa Rica and San Juan in Puerto Rico.

During the last 12 months, Volaris has started its first flights to three additional US destinations; Austin-Bergstrom, San Francisco and Seattle-Tacoma. The carrier has also expanded its local coverage by launching service from Reynosa and Zihuatanejo.

A closer look at the airline’s network this winter reveals that of the airline’s 150-plus routes, just eight are served with at least three daily flights. The most frequently served route is the 1,284-kilometre link between Mexico City and Cancún which is flown with up to 10 daily flights. Volaris’ frequency share on its 10 most served routes varies between 83% (between Tijuana and Culiacan) and 14% (between Mexico City and Monterrey). Interjet competes head-to-head on all 10 routes, while Aeromexico competes on nine, and VivaAerobus on seven. 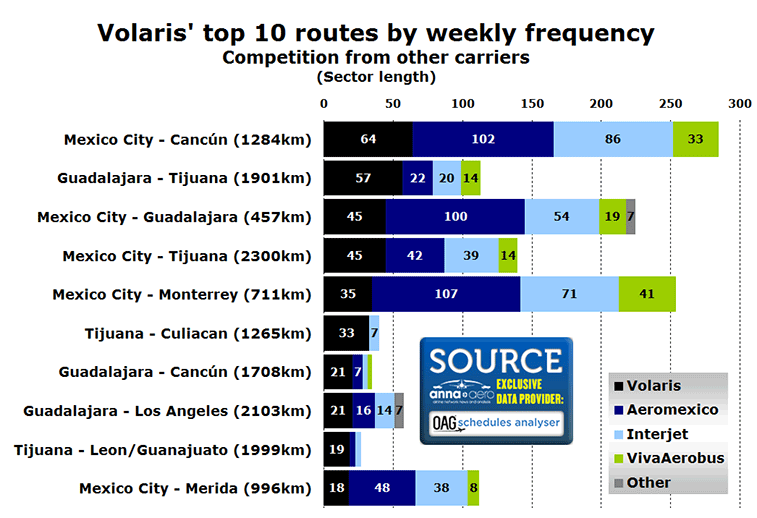 In the last 12 months the number of routes flown has increased by 17 from 136 to 153 according to OAG schedule data for the first week in February in 2016 and 2017. During that time, the LCC has launched more international routes (10) than it has domestic routes (seven). 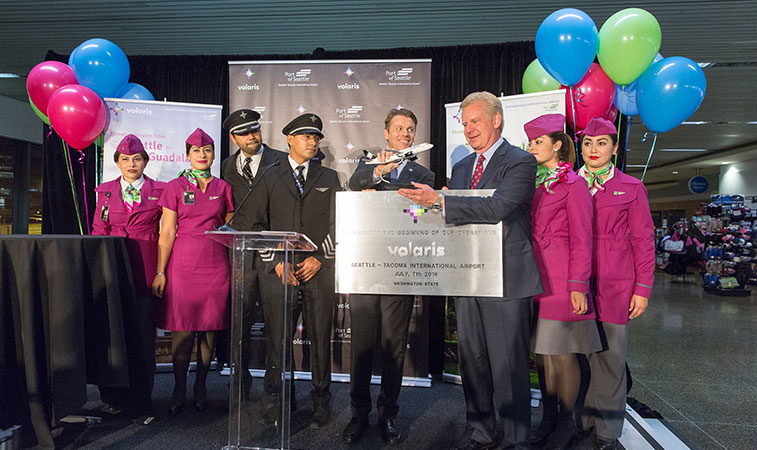 Seattle-Tacoma was one of three new US destinations added to Volaris’ network in 2016 (the others were Austin-Bergstrom and San Francisco). Services from Guadalajara began on 7 July with the Mexican LCC operating the route three times weekly.