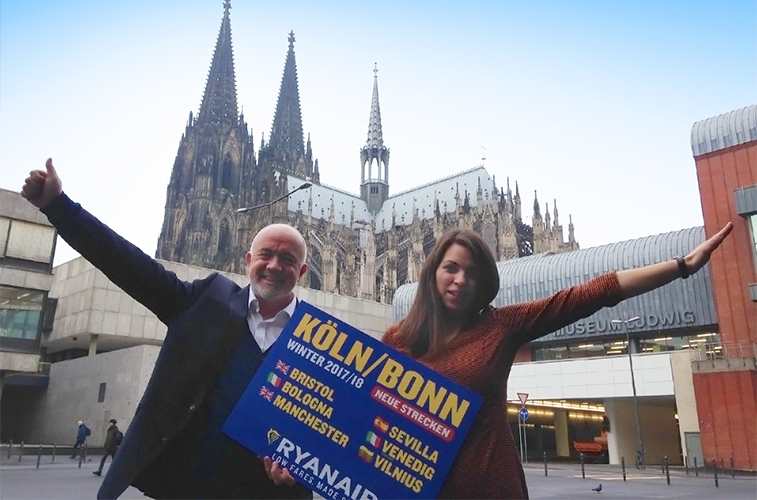 Ryanair announced on 9 February that it will launch six new routes from Cologne Bonn for the start of W17/18. The Irish ULCC will link the German city to Bologna, Bristol, Manchester, Seville, Venice Treviso and Vilnius. Commenting on the news, David O’Brien, CCO of Ryanair, said: “Ryanair is proud to present the largest winter flight programme from Cologne Bonn. With the 2017/2018 winter timetable, Ryanair will offer six new routes and will carry around 2.4 million customers per year and secure 1,800 jobs at Cologne Bonn Airport. These new routes will be bookable in the course of February.” Pictured along with O’Brien in Cologne is Ryanair Spokesperson Evelin Horvath. In total Ryanair will be offering 25 routes from Cologne Bonn Airport in W17/18. 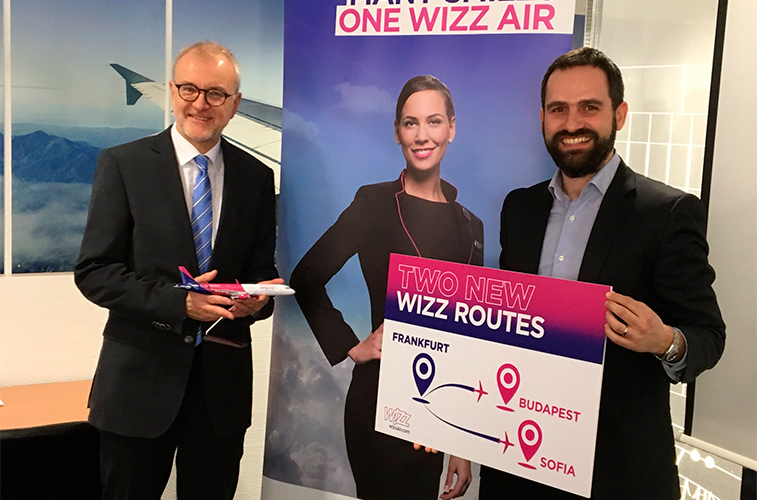 On 14 February Wizz Air announced that it will begin its first flights to Frankfurt in S17. The airline already serves the German city via its current Frankfurt Hahn operations. Initially opening two routes to Frankfurt, flights from Sofia will begin on 22 May while Budapest flights will launch on 15 December. Both connections will be flown daily on the airline’s A321s. Seen announcing the new routes are George Michalopoulos, CCO Wizz Air, and Winfried Hartmann, Fraport AG’s SVP Sales and Customer Service. Michalopoulos commented on the news by saying: “We are thrilled to announce the addition of Frankfurt Airport to our ever-growing low-fare network, which now consists of 137 destinations across Europe and beyond. Our newest services connect Frankfurt with two Central and Eastern European capitals, Sofia and Budapest, that both have a lot to offer to their visitors.” With this news it means that the only two airlines serving Hahn, Ryanair and Wizz Air, will also be serving Frankfurt’s main airport this summer. 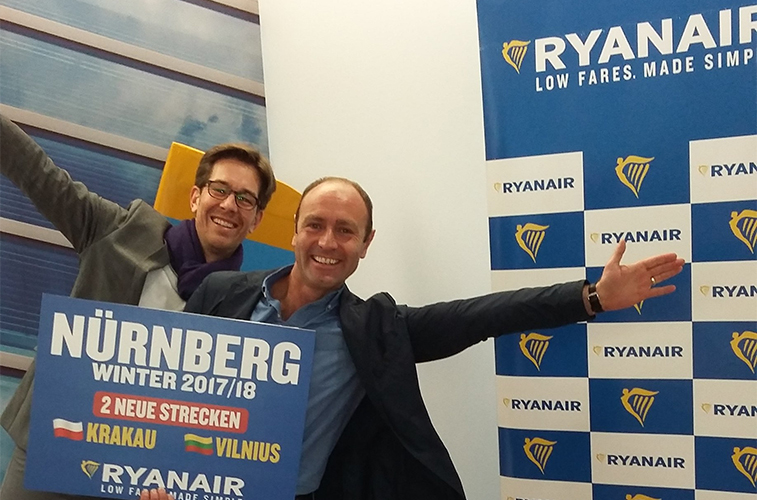 This week Ryanair also confirmed more expansion in Germany with the announcement that it will launch flights from Nuremberg to Krakow and Vilnius for W17/18, the city’s first connections to Lithuania and Poland. Seen announcing the new routes are Ryanair’s Tim Howe Schröder, Head of Corporate Sales & Senior Marketing Manager, and Kenny Jacobs, Chief Marketing Officer. 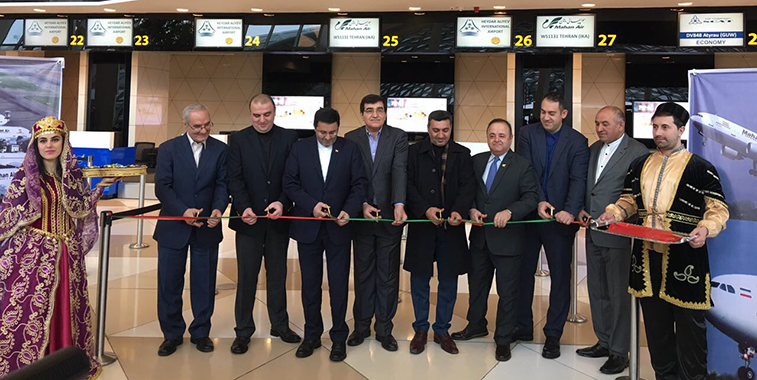 On 1 February Mahan Air launched its latest route from Tehran, a three times weekly A310-operated sector to Baku. From June the airline will increase the frequency on the route to a daily service. Seen cutting the ribbon are the Iranian Ambassador to Azerbaijan, Javad Jahangirzadeh, along with Baku Airport senior management and Mahan Air management. 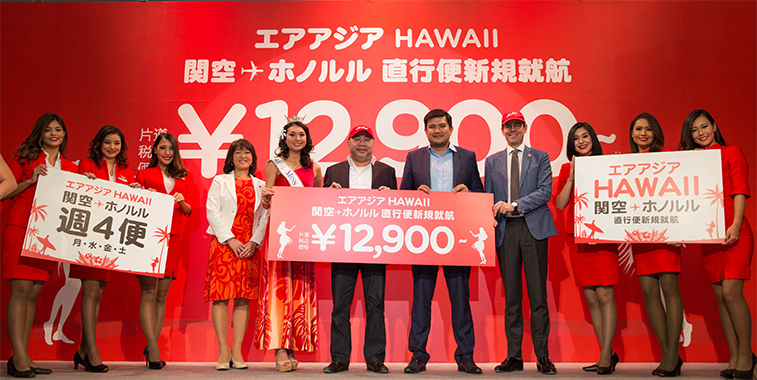 On 10 February AirAsia X announced that it will begin flights to Honolulu, its first destination in the US. Starting on 28 June, the airline will offer a four times weekly service from Kuala Lumpur via Osaka Kansai. AirAsia X Group CEO Datuk Kamarudin Meranun said of the news: “This is the game-changing destination we have all been waiting for. By connecting the Asean region and North Asia to the US with our world-class low fares offering, we will make it possible for those who could only dream of a vacation across the Pacific to take that trip. We wish to thank all relevant authorities and governments for their support. Their vote of confidence made today’s unique route launch possible and we will continue to work closely with all parties to ensure we can connect more people through this flagship intercontinental route.” Also present at the press conference were AirAsia X Berhad CEO Benyamin Ismail; Representative Director and Co-CEO of Kansai Airports, Emmanuel Menanteau; Hawaii Tourism Japan VP, Mitsue Varley; and the incumbent Miss Hawaii, Allison Chu.