Not in Las Vegas for Routes Americas? What goes on in Vegas goes in our show daily magazines 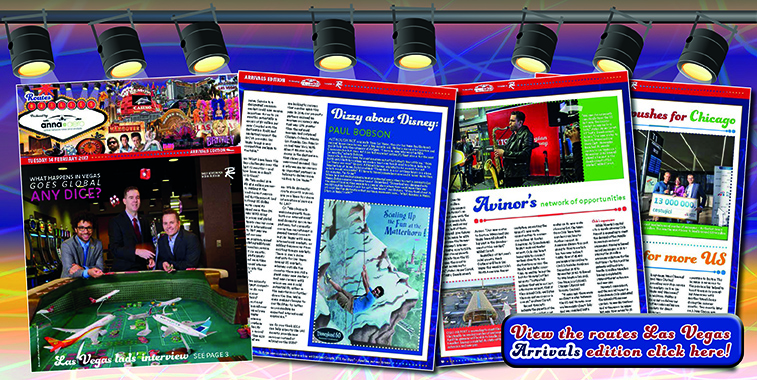 Arriving in Las Vegas: Featuring the interview with the Las Vegas air service development team that brought Hainan Airlines to the city in December, in-depth analysis of Southwest Airlines’ operation at McCarran as well as all of the pre-show news from some of the 260 airports which attended the event.

The two on-site anna.aero Show Dailies were written and printed overnight in Las Vegas, and gobbled-up at breakfast every day by hungry delegates excited to see detailed coverage of what they had been doing only hours before in the conference’s very own daily newspaper.

The event, the biggest in its history since it was launched as a stand alone conference in 2008, welcomed 830 delegates from 100 airlines, 260 airports and 40 travel bodies. As a result, there were 2,700 meetings between air service development professionals over the course of the three-day show.

Each daily edition was rammed full of the latest market updates from the great and the good of the assembled airport marketing teams here in Las Vegas to secure that next big route. Whether or not you attended Routes Americas, you can now sit in the comfort of your office, bar or bath while you browse through these flippable versions. 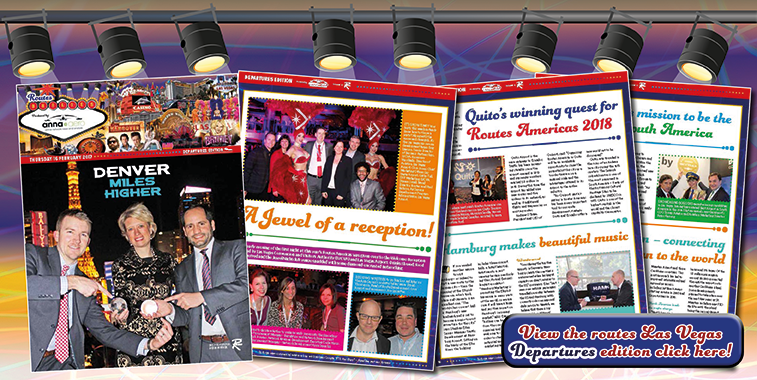 Departing (not leaving) Las Vegas: Want to know which airport air service development teams will be getting all the handshakes and pats on the back when they get back to the office having won a Routes Americas Marketing Award? Click above and get the low-down from the Las Vegas Networking Event, plus all the news from the show floor.