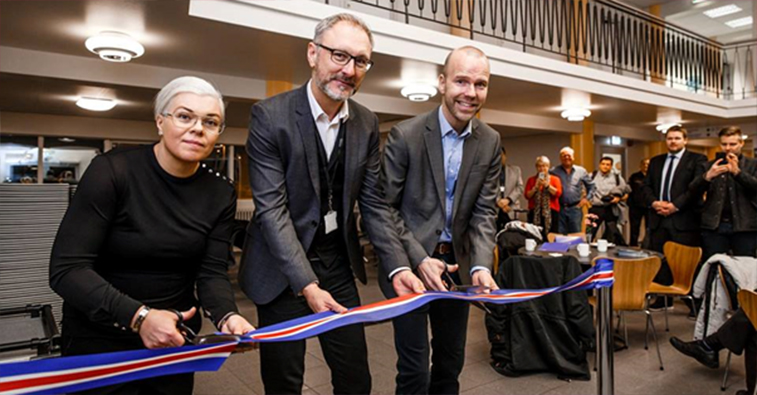 Seen cutting the ribbon at Akureyri Airport are: Hjördís Þórhallsdóttir. Manager, Akureyri Airport; Eiríkur Björn Björgvinsson, Mayor of Akureyri; and Árni Gunnarsson, CEO of Air Iceland. The carrier will operate seven flights weekly between Akureyri and Reykjavik/Keflavik according to OAG schedules, adding to the airline’s existing schedule of 33 weekly flights between Akureyri and Reykjavik Airport, situated in the centre of the Icelandic capital.