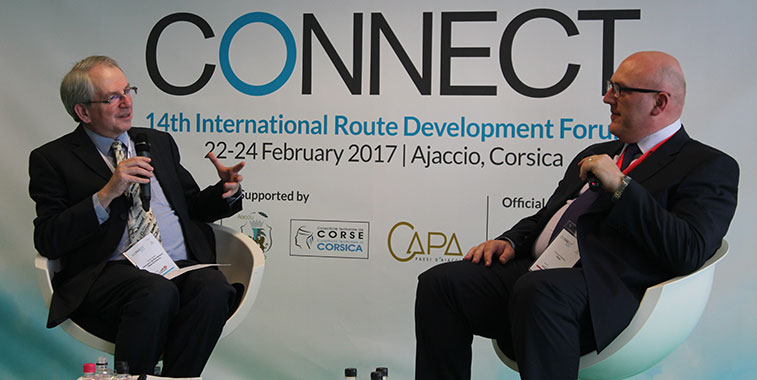 CONNECTing in Ajaccio last week were anna.aero’s Chief Analyst Ralph Anker and Flybe’s Chief Revenue Officer Vincent Hodder. In a lively 30-minute head-to-head, in front of a packed audience, Hodder emphasised how after a period of sorting itself out, Flybe now had a clear vision of where it was going. The airline’s decision to take advantage of reduced charges for domestic flights at London Heathrow will see the airline bring its Q400s to Europe’s busiest airport starting this summer, the only non-jets operating at the airport.

Flybe remains the UK’s leading domestic airline according to OAG data for 2016. The Exeter-based regional airline operates more UK domestic flights than British Airways and easyJet combined and also offered more seats than either of its competitors. With services from Aberdeen and Edinburgh to London Heathrow set to start at the end of March, the airline’s importance to the UK business traveller will grow still further. 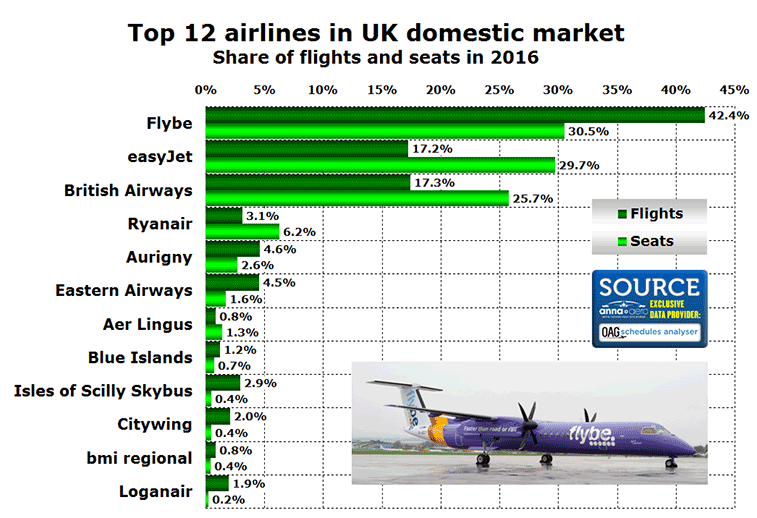 Flybe serving over 200 markets across Europe in S17

Over 200 routes spread across 86 airports will be flown in Flybe colours this summer, including those routes operated by Loganair (in Scotland), Stobart Air (from London Southend) and Blue Islands (in the Channel Islands). According to our analysis of OAG schedule data the airline’s network has grown from almost 190 routes last summer to over 210 this summer. Over 30 new routes have been added, of which 12 are from London Southend. Cardiff has gained four new routes since last summer, including a London City service that was initially only introduced while maintenance work closed the Severn railway tunnel. However, the route has been such a success that it has been continued.

Flybe operates multiple bases with no one airport dominating. However, the airline’s weekly seat capacity this summer at Birmingham, Manchester and Southampton is around 40% higher than the next biggest bases at Edinburgh and Belfast City. Among the airline’s top 20 airports just four (highlighted in light green) are outside of the UK with Amsterdam the busiest (in ninth place). Paris CDG, Dublin and Düsseldorf are the others, with the latter becoming a crew base this summer, the airline’s first such base outside of the UK. 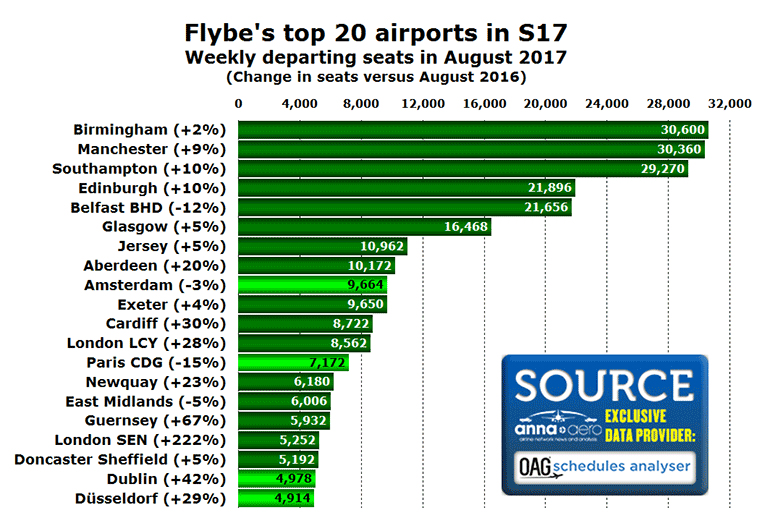 Taking into account sector length, aircraft size and weekly frequency reveals that the Birmingham to Milan Malpensa route tops the airline’s network in terms of ASKs (Available Seat Kilometres). While 14 of the top 15 routes using this metric involve one of the airline’s top three bases (the exception being the London City to Edinburgh route), seven of the top 15 are also international services (highlighted in light green). Three of these involve Amsterdam, two Milan Malpensa, while Berlin Tegel and Paris CDG are the other mainland European airports. 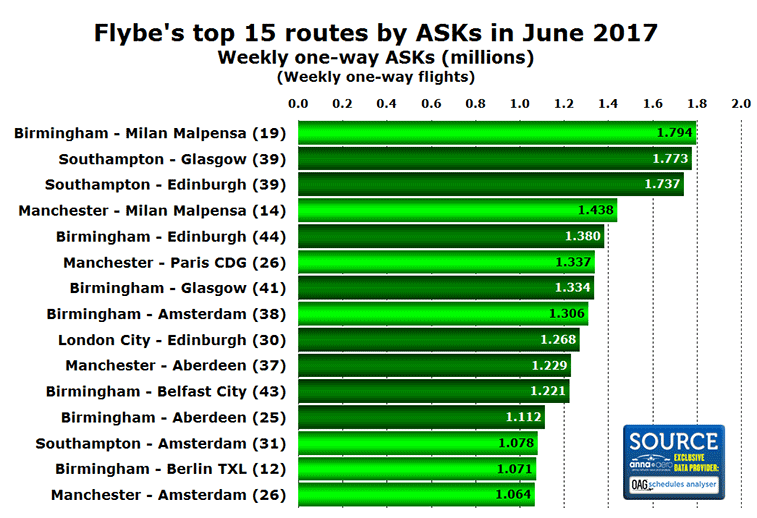 Looking ahead, the airline’s franchise agreement with Loganair is set to finish at the end of August 2016 when the Scottish airline will commence independent operations for the first time in 24 years. Prior to its 10-year franchise partnership with Flybe it had operated flights on behalf of British Airways for 14 years. 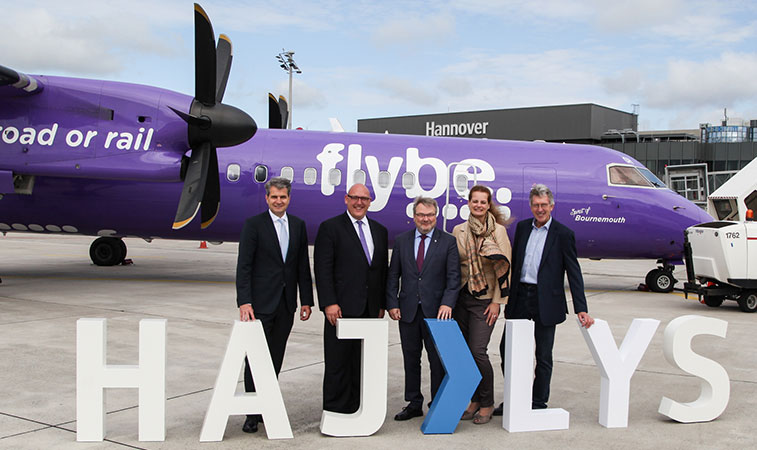 Although Flybe will operate over 200 routes this summer, Hannover to Lyon will not be one of them. The route, which started on 1 August 2016, was suspended in early January. However, the airline’s route between the German airport and Milan Malpensa, which launched the same day, is still operating and is the airline’s only intra-European route in mainland Europe.