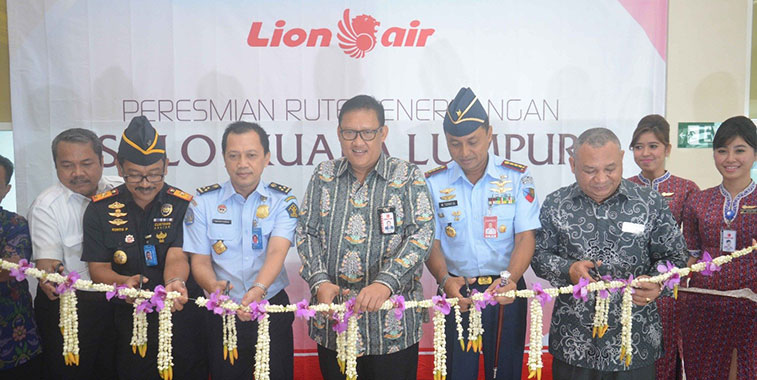 There was a ribbon cutting ceremony to celebrate the start of Lion Air’s new daily service from Solo to Kuala Lumpur. The route, launched on 22 February, is already flown by AirAsia, also with daily flights. 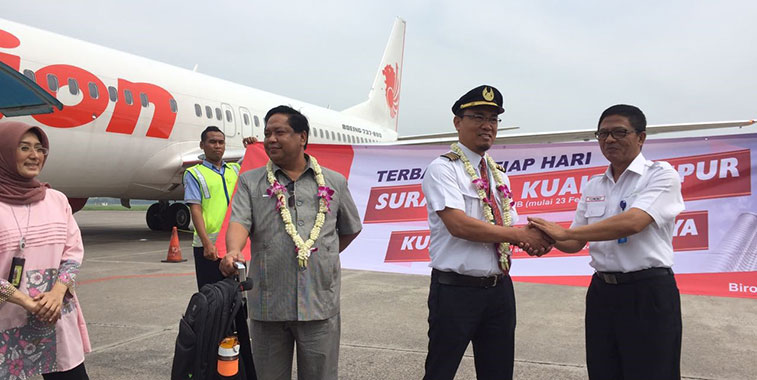 There was a handshake for the captain of the inaugural Lion Air service between Surabaya and Kuala Lumpur, which launched on 23 February. The carrier faces three incumbent airlines, all members of the AirAsia Group.