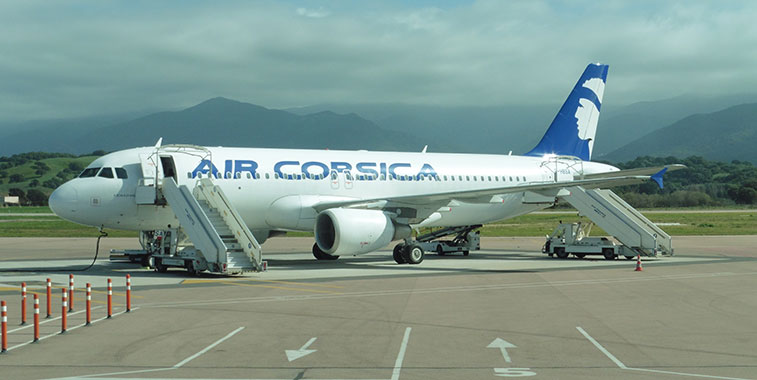 Corsica is nice in February. anna.aero knows this because we’ve just been there for CONNECT. But the island’s main airports in Ajaccio and Bastia are four times busier in August, which is challenging for local carrier Air Corsica. However, compared with some Greek islands, Corsica’s seasonality profile is not that extreme.

The recent CONNECT event in Corsica highlighted one of the industry’s biggest issues – seasonality. With expensive items such as aircraft leases and flight crews costing money all year round, the airline industry, certainly in the Northern Hemisphere, tends to make a lot more money in summer than it does in winter. Certainly in Europe, where people tend to get more annual leave than in North America, demand tends to peak in the summer months, notably July and August when children are off school and families tend to take their holidays.

As part of a panel discussion on seasonality at CONNECT, anna.aero presented a couple of slides highlighting the extreme variation in demand across a number of regions in the Mediterranean using actual airport passenger data for either 2016 or 2015, depending on availability. All the data was indexed so that like-for-like comparisons could be made. A total of seven regions were analysed, ranging from those with just one airport (Malta) to a basket of four Greek island airports. 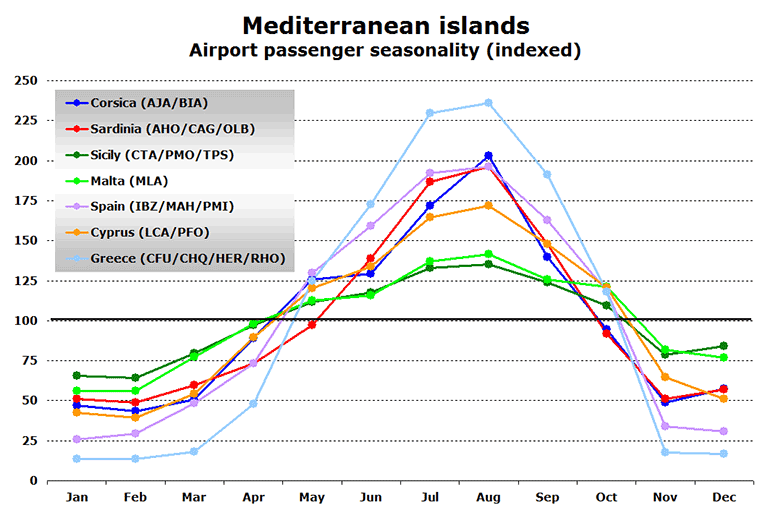 A quick glance at the graph will easily confirm that it is the Greek island airports that have the biggest seasonality issues, followed by Spain’s Balearic islands. There is not much difference between Corsica, Cyprus and Sardinia, while Malta and Sicily register a score of less than 10 using anna.aero’s Seasonal Variation in Demand (SVID) calculator. May and October are the two months when the seven regions have the most similar index values for their demand.

Is Jet2.com Europe’s most seasonal airline?

Airlines have more flexibility than countries to influence their demand profiles as they can move aircraft around more easily to follow where passengers want to go. However, some leisure airlines in Europe still have surprisingly seasonal capacity profiles. Leading the way are Jet2.com and Volotea. Both airlines have, until recently, had something important in common. They operated primarily with a fleet of relatively old and cheap aircraft, which cost less to keep grounded than newer, more expensive aircraft.

However, both airlines have started operating much newer aircraft types during the last 12 months. Jet2.com has taken delivery of six brand new 737-800s since September, though the average age of its fleet of over 60 Boeing aircraft is still estimated at around 18 years according to planespotters.net. Volotea’s much smaller fleet of 21 aircraft includes four A319s as well as 17 Boeing 717s. Here though there is little difference between the ages of the two fleets (both around 13 to 14 years) but the A319s are still likely to be costing the airline more in lease costs, though they will probably be more fuel efficient per seat-kilometre than the older technology 717s. 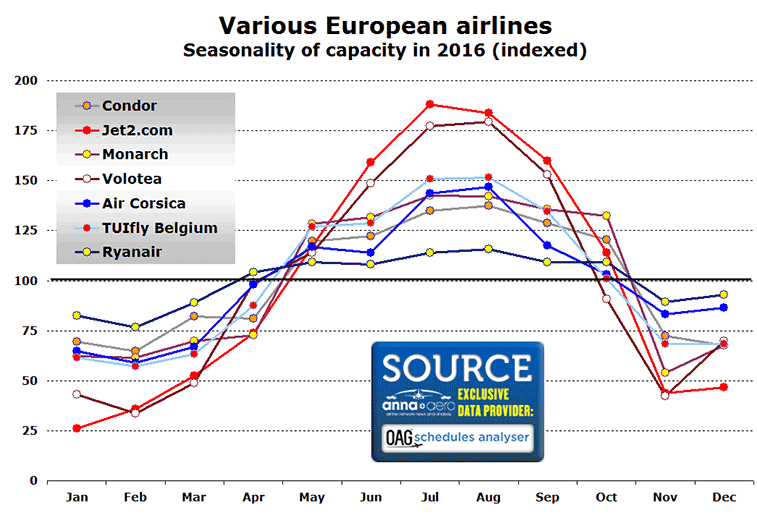 Ryanair, the least seasonal of the airlines in our leisure sample, manages the process in part by opening its new bases (or batches of new routes) later in the year. Last year it opened new bases in September (Bucharest, Sofia and Timisoara) and October (Hamburg, Nuremberg, Prague and Vilnius). The ULCC is already helping its seasonality in W17/18 by announcing the deployment of five additional aircraft in Frankfurt. 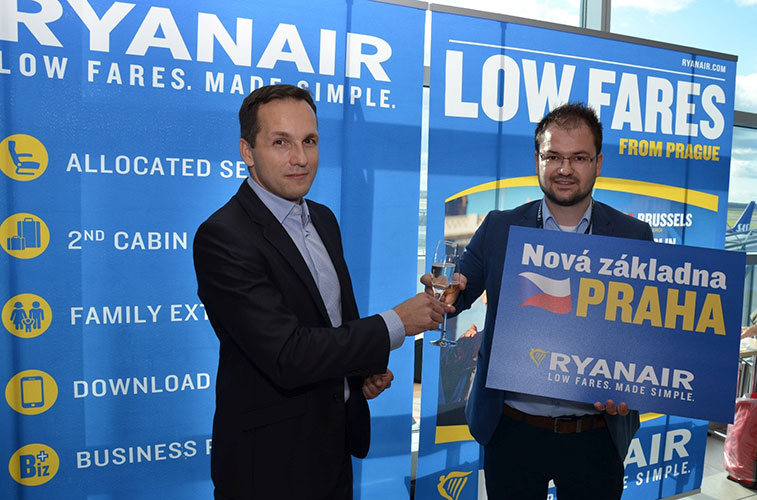 Despite catering predominantly to the leisure traveller, Ryanair mitigates its seasonality issues by opening most of its new bases in winter. Prague became the airline’s 84th base at the end of October 2016, one of several new bases the ULCC opened at the start of the W16/17 season.

SAS is odd one out among Europe’s major flag-carriers

Not surprisingly Europe’s major flag-carrier airlines exhibit much less seasonality as they rely more heavily on less seasonal business traffic. Analysing OAG schedules for seven of Europe’s biggest national airlines reveals some interesting variations. While at first glance the variation may seem as large as for the leisure airlines, the vertical axis scale here is very different, going from 80 to 120 as compared with 0 to 200 for the leisure airlines. 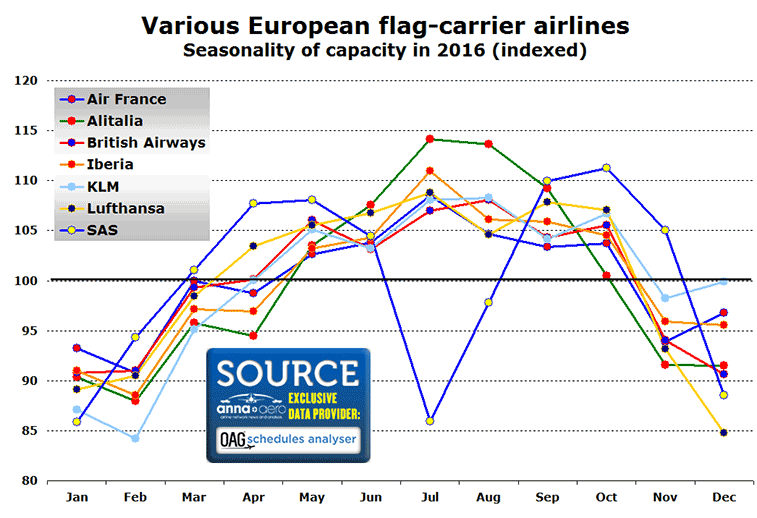 Using anna.aero’s SVID calculator to quantify seasonality Air France is the least seasonal with a score of 0.32, followed by British Airways (0.50) and Iberia (0.51). Then comes KLM (0.68) and Lufthansa (0.79). The most seasonal airlines among this group are SAS (0.96) and Alitalia (0.97). The last two score very similar despite having very different profile. The Italian carrier has a significant summer peak as might be expected but SAS has a dramatic dip in July. This is not a one-off in 2016 as the same big dip is shown in data for 2015.