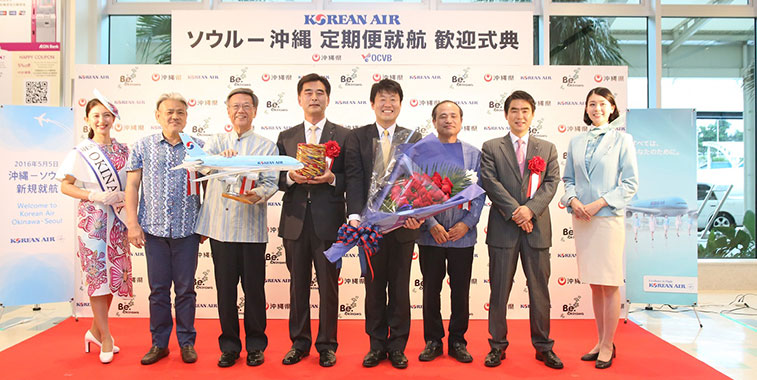 Okinawa in Japan will shortly be the venue for Routes Asia, the latest event at which airports and airlines get together to discuss and plan the possibility of new airline services. anna.aero will of course be there, producing our on-site show daily magazines at the event. The island is served primarily by Naha Airport which currently has a single 3,000-metre runway, though a second runway being built on land reclaimed from the sea is scheduled to open in 2020. The airport was Japan’s sixth busiest in 2015 according to government statistics, handling almost 18.4 million passengers, up 6% on the previous year. Last year passenger numbers grew by 7.3% to just under 19.7 million, suggesting that the 20 million milestone should easily be achieved in 2017. Since 2011 traffic has grown by an impressive 43%. 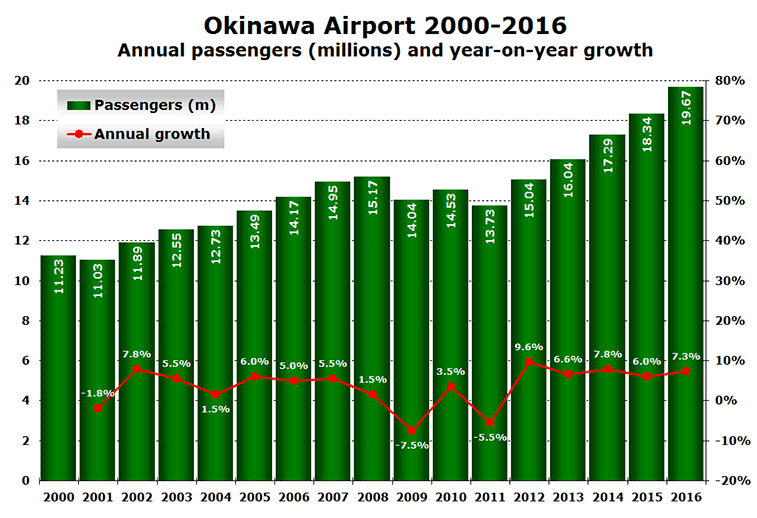 All Nippon Airways just beating Japan Airlines (and its subsidiaries)

According to OAG schedule data, although seat capacity at the airport grew by 3% in 2016, three of the top four airlines reduced their capacity slightly. All Nippon Airways is the biggest carrier at the airport offering over 4.5 million departing seats last year. Japan Airlines splits its operations between itself and two subsidiaries, Japan Transocean Air and Ryukyu Air Commuter. These three carriers offered just over four million departing seats in 2016.

The leading LCCs at the airport are Peach Aviation and Jetstar Japan, with the former overtaking the latter in terms of seat capacity in 2016. However, the fastest-growing carrier at the airport last year was Solaseed Air which more than doubled its capacity. Solaseed currently operates nine flights per day across five domestic routes. 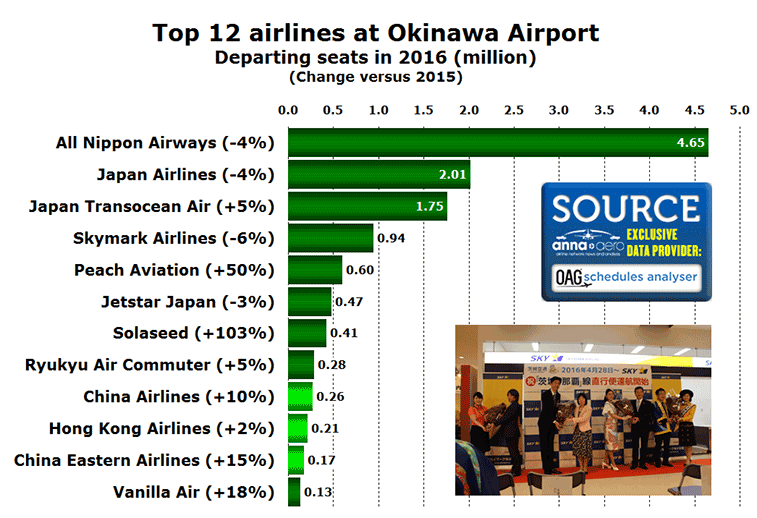 Of the top 12 airlines at the airport based on seat capacity in 2016, just three are not Japanese (shown in bright green). Leading the way for foreign carriers are Taiwan’s China Airlines, Hong Kong Airlines and China Eastern Airlines. A total of 25 airlines currently serve Okinawa. The newest airline to serve the island is Korean Air which introduced daily flights from Seoul Incheon last May. At 1,259 kilometres, Seoul is closer to Okinawa than Tokyo (1,530 kilometres), although Taipei is closer still, less than 700 kilometres away.

Not surprisingly the route to Japan’s busiest airport, Tokyo Haneda, is Okinawa’s busiest with almost four million one-way seats in 2016. Nine of the top 12 routes are domestic with the three leading international routes highlighted in bright green. Taipei and Seoul were also the two fastest-growing routes in the top 12, Seoul helped by the launch of Korean Air’s services which brought to six the number of airlines serving the route. Taipei is another highly-competitive route served by China Airlines, EVA Air, Peach Aviation, Tigerair Taiwan and Vanilla Air. The route was also briefly served by V Air between July and September 2016 before the carrier suspended operations. 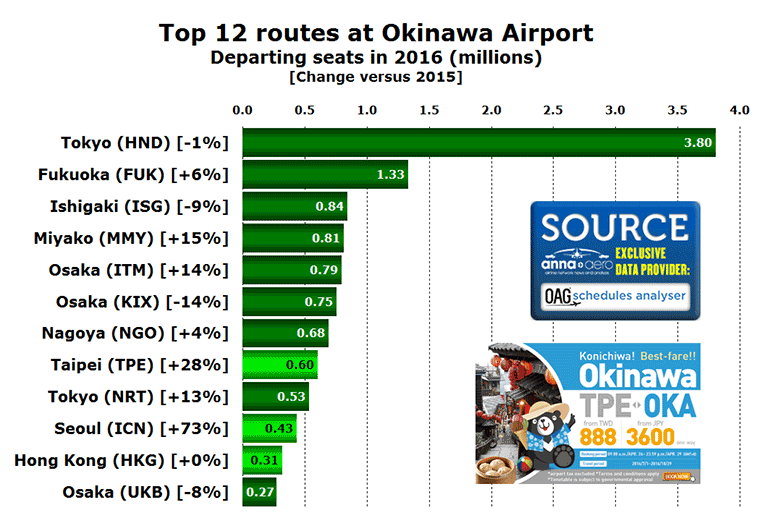 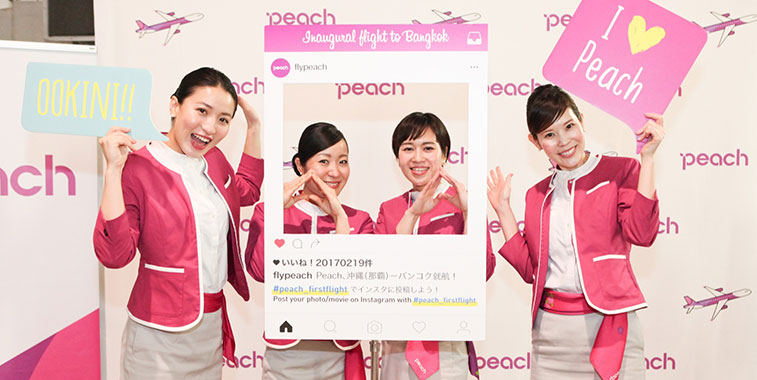 Peach Aviation began services to Bangkok from Okinawa on 19 February 2017, the airport’s first non-stop service to Thailand. At 3,125 kilometres it is also the longest route served from the Japanese airport. Peach offers domestic flights to Fukuoka, Osaka Kansai and Tokyo Narita from Okinawa, as well as international services to Hong Kong, Seoul, Taipei and now Bangkok.