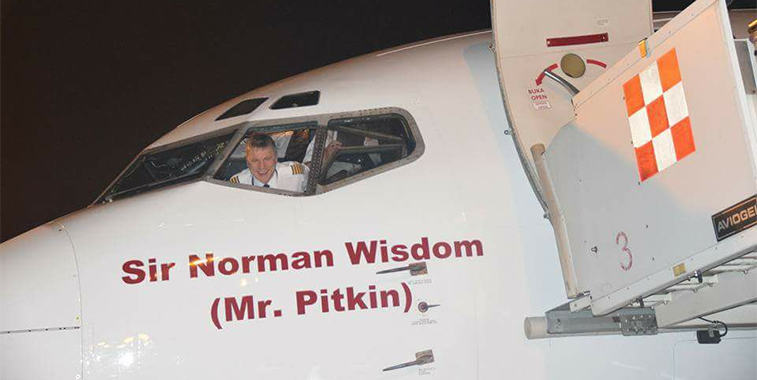 Bruce Dickinson of Iron Maiden delivered Albawings’ second aircraft, named Sir Norman Wisdom, a very popular actor amongst Albanians, mainly for his role of Mr. Pitkin, on 11 December. The 737-400 joins the carrier’s 737-500 which is named “Spirit of Tirana”. Last year Albawings was Tirana’s 11th largest airline, however with the arrival of a second aircraft, it should go further up the ranking in 2017.

Tirana Airport, also known as Nënë Tereza, is the only airport in Albania which offers scheduled flights. Situated 11 kilometres to the northwest of central Tirana, it serves a city with a population of over 800,000 people. In 2016 Tirana welcomed just under 2.2 million passengers, the first time in the airport’s recent history that it has passed the two million milestone. Traffic last year grew by 9.9% when compared to the 1.99 million that passed through the facility the year before. Since 2005, traffic throughput from Tirana has grown by an impressive 180%. 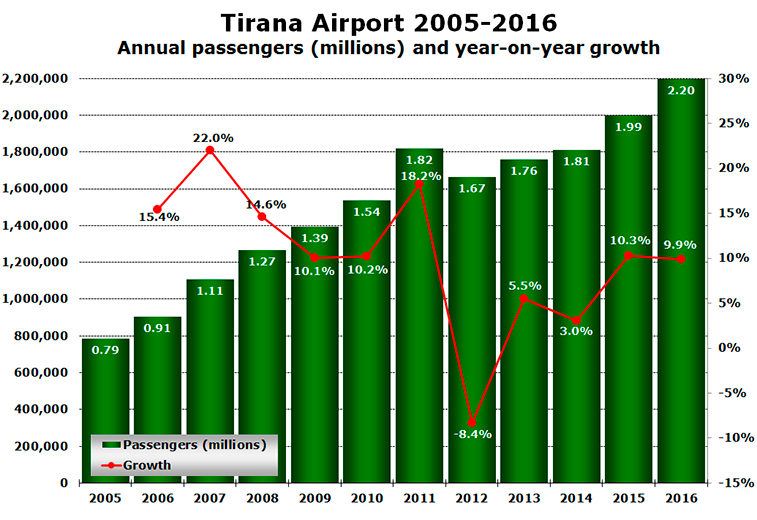 During the period between 2005 and 2016 only one year has seen traffic levels drop, with passenger numbers in 2012 falling by 8.4%. This also involved traffic movements dropping by 10% to 20,500 that year. Putting Tirana’s 2016 passenger statistics into anna.aero’s Seasonal Variation in Demand calculator (SVID), the airport performs okay, generating a score of 5.14 – a “Good” rating.

Rome is top of the charts

Rome Fiumicino is the largest route at Tirana, with it carrying just under 14% of all passengers from the airport in 2016. Fiumicino is followed by Milan Malpensa which carried 9.5% and Istanbul (both Atatürk and Sabiha Gökçen) which occupied 9.3%. The importance of the Italian market shows in Tirana’s top 12 routes, with seven of the top 12 being destinations in Italy. Of the 38 routes that were operated from Tirana last year, 18 were Italian. Overall Italian routes carried 58% of passengers from Tirana last year. 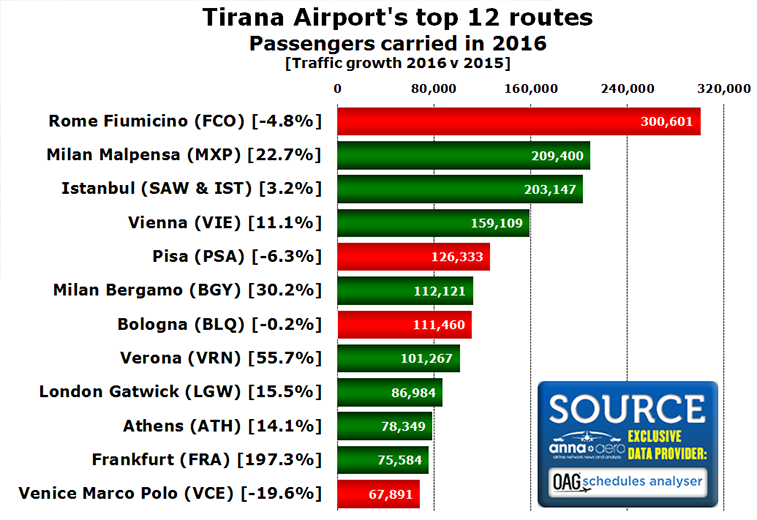 Of Tirana’s top 12 routes, four of them (highlighted in red) have seen a drop in traffic between 2015 and 2016. The worst performing route in the top 12 is Venice Marco Polo, with traffic on the sector falling by nearly 20% last year. Of the 38 routes which flew from Tirana in 2016, 11 saw traffic declines, most notably Munich which witnessed traffic fall by 42%.

Blue Panorama Airlines is the largest carrier at Tirana, with the Italian carrier commanding 26% of seat capacity from the airport in 2016. However, last summer the airline also had one 737-400 operated by Air Explore (highlighted in light green) flying services for it into Tirana, so including data for this carrier, Blue Panorama actually had a 31% share of seats from the Albanian capital last year. Looking ahead to this summer, airline seat capacity has grown 22% when compared to S16. However, not all airline schedules from Tirana have been completed for S17, so this figure may grow further or fluctuate depending on finalised timetables. 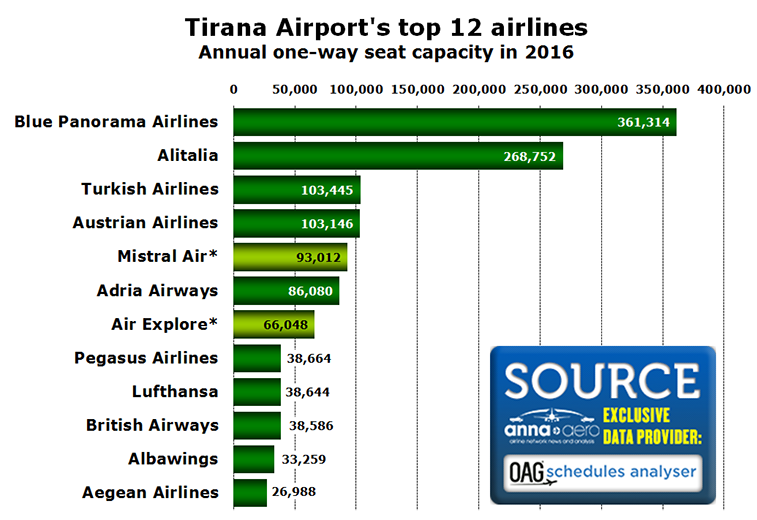 Another carrier also highlighted in light green is Mistral Air. The Italian carrier last summer became an operator of flights for the new start-up carrier Ernest, an airline which anna.aero analysed when it first started operations in S16. Originally operating nine routes from Tirana on a w-pattern with aircraft based at Ancona and Bari, the carrier has added routes from Tirana to Cuneo and Milan Malpensa. It should be noted that looking at the carrier’s booking engine, these flights are not bookable after the start of April, though neither are the carrier’s existing nine routes. A further examination of its booking engine also shows Bologna, Genoa, Rome Fiumicino, Venice Marco Polo and Verona as destinations. So although these services have not been confirmed, or able to be booked, it looks as though they will be coming online with the carrier in the future from Tirana. Finally since the start of 2017, Ernest has taken delivery of its first A319 (ex-Iberia) which has now taken over some services from Mistral Air.

Another recent addition to the Tirana carrier line-up is Albawings (11th largest carrier last year). Founded in February 2015, the carrier started operations early last year when it welcomed its first 737-500. A second aircraft, which arrived on 11 December – a 737-400 – was flown into Tirana and delivered by Iron Maiden’s Bruce Dickinson. Similar to Ernest, the carrier operates between Albania and Italy, offering routes from Tirana to Ancona, Florence, Milan Malpensa, Perugia, Rimini, Venice Treviso and Verona.

In April Tirana will welcome its newest airline, with Wizz Air beginning flights from Budapest. Scheduled to launch on 5 April, the carrier will initially offer a twice-weekly (Wednesdays and Sundays) service to the Hungarian capital on its A320s. Another route that is scheduled to commence from Tirana in S17 is Amsterdam. Pencilled in to commence on 10 May, Transavia will offer a three times weekly (Mondays, Wednesdays and Fridays) service to the Dutch hub on its 737-700s according to OAG schedules. 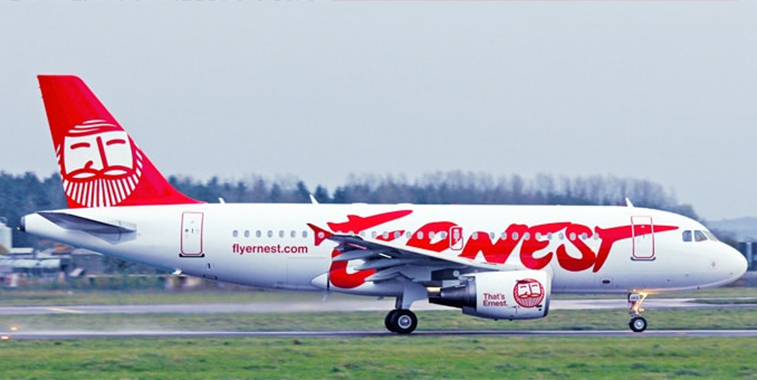 Does Ernest know best? Set up as a virtual airline during the middle of S16, the carrier now operates 12 routes from Tirana to destinations across Italy. It recently welcomed its first A319 (ex-Iberia), with Bologna, Genoa, Rome Fiumicino, Venice Marco Polo and Verona now showing in its booking engine from Tirana.