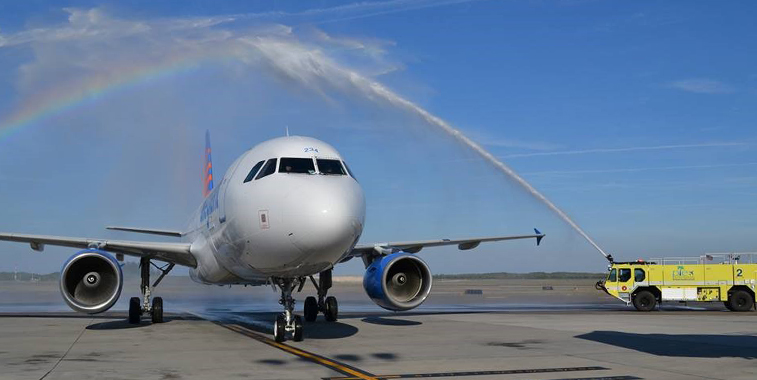 St. Pete-Clearwater welcomed Allegiant Air’s inaugural service from Austin-Bergstrom with a water arch salute (which appears to be half water, half rainbow) on 17 February. Launching flights from St. Pete-Clearwater on 16 November 2006, the carrier has grown its network from 12 initial routes to 53 in S17, with the airline carrying just over 1.8 million passengers from the airport last year. 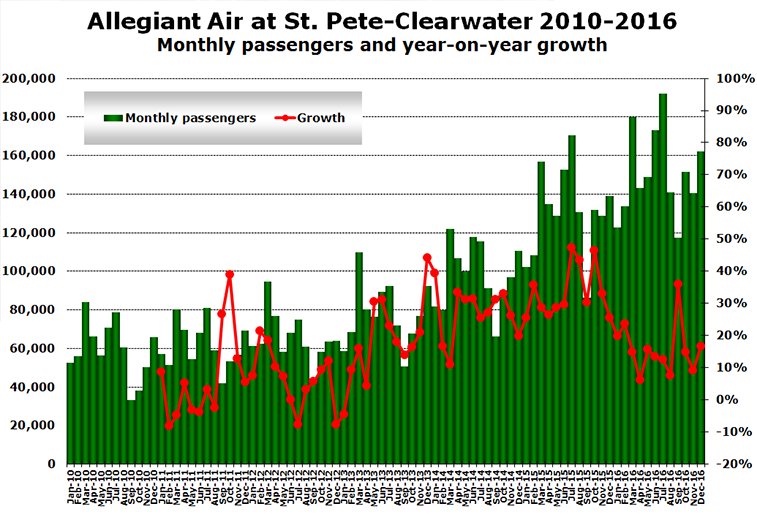 When referring to OAG schedules, Allegiant Air will be serving 53 routes from St. Pete-Clearwater this summer, up four when compared to S16. The latest routes launched by the airline from St. Pete-Clearwater were to Cleveland and Austin-Bergstrom, with the former having launched on 15 February, while the latter started the following day. Along with these two services, flights to Portsmouth were inaugurated on 17 November, while New Orleans joined the route line-up on 3 June. The carrier has got one new route planned from the airport in S17, with flights to Louisville in Kentucky expecting to begin on 24 May. 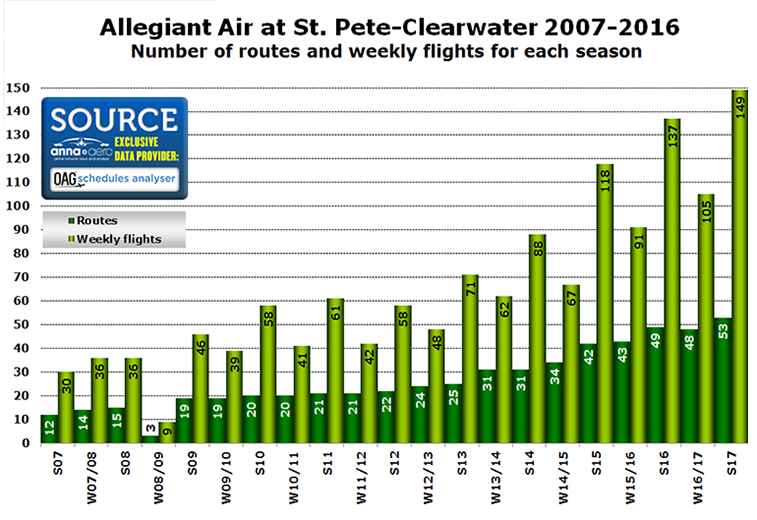 Allegiant Air’s number one route from St. Pete-Clearwater is Cincinnati, a route that occupies 5.4% of the airline’s 24,700 weekly one-way seats in S17. What is interesting to note is the frequency of the Cincinnati service. At eight times weekly, it is one of only 10 routes that the airline flies across its network with at least a daily frequency when referring to OAG schedules. As stated, the average weekly frequency of Allegiant Air’s services from St. Pete-Clearwater this summer is 2.8, with 20 routes from the airport seeing a weekly frequency of three or more. 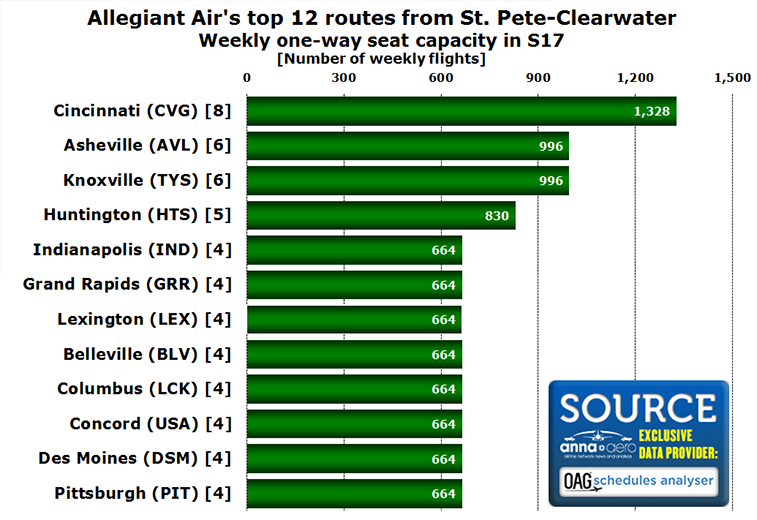 Unlike other airports in its network, Allegiant Air seems to have a more balanced weekly operation from St. Pete-Clearwater, with all 149 weekly flights this summer spread evenly across the seven-day period. The quietest day for the carrier is Tuesday (13 flights; 8.7% of weekly flights), while its busiest days are Thursdays and Sundays (24; 16%). Allegiant Air has grown from 12 routes in S07 to 53 routes in S17 from St. Pete-Clearwater. Last year the airline carried just over 1.8 million passengers from the Floridian airport, between 96-97% of the facility’s total traffic.