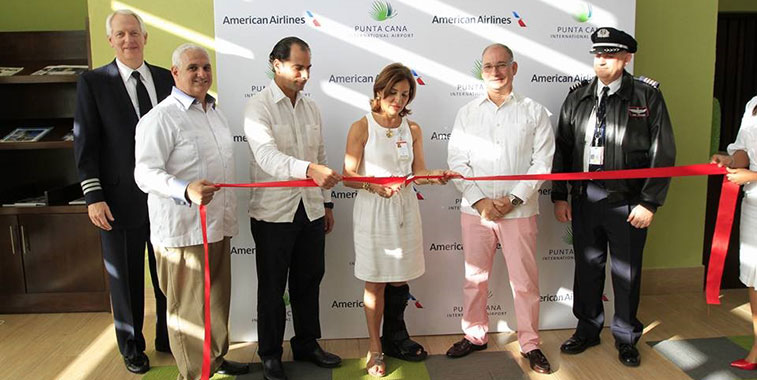 On 19 December 2015 Punta Cana Airport welcomed weekly flights by American Airlines from Chicago O’Hare and Dallas/Fort Worth. American Airlines is the second biggest carrier operating in the Dominican Republic after JetBlue Airways. Last year it increased its passenger numbers to and from the country by 12% to reach 1.43 million. Currently the oneworld carrier operates 17 routes between the two countries, flying from six US airports to five airports in the Dominican Republic.

The Dominican Republic lies around 1,200 kilometres south-east of the southern tip of Florida. With a population of around 10 million people and a bit bigger than Denmark, the country is the most visited destination in the Caribbean. It shares a border with Haiti and is just west of Puerto Rico.

Last year the country’s airports welcomed just over 13 million passengers, a new record, and an increase of 6.5% on the previous year. In fact, in the last three years passenger numbers have risen by 26%. This compares with growth of just 25% in the much longer period between 2005 and 2013. 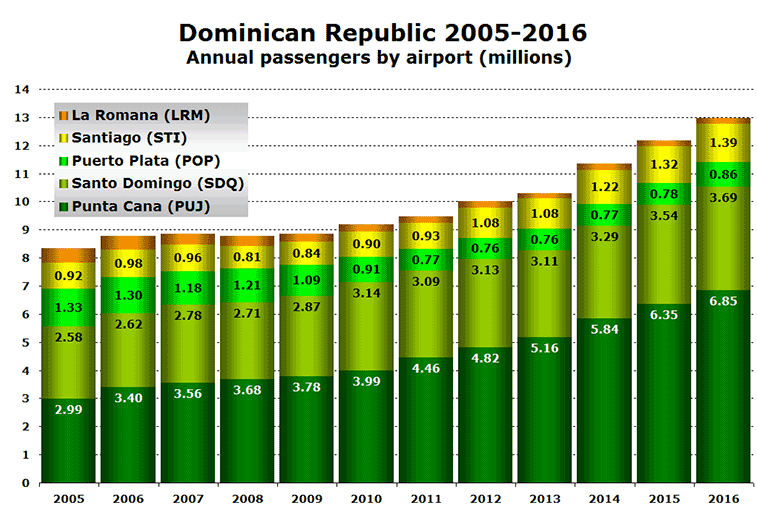 In the decade since 2006 the star performer among the country’s airports has been Punta Cana, located on the eastern edge of the country. Passenger numbers have doubled from 3.4 million to 6.8 million, with annual growth of between 7% and 12% in each of the last six years. Santo Domingo, which welcomed almost as many passengers as Punta Cana in 2005 (and is the country’s capital), has grown by just 41% in the last decade. Santiago has also seen growth of just over 40% since 2006 and is now the nation’s third busiest airport as Puerto Plata has seen traffic drop by over 30%, falling to fourth. Two more airports, La Romana and Samana, passed the 100,000 passenger threshold in 2016. 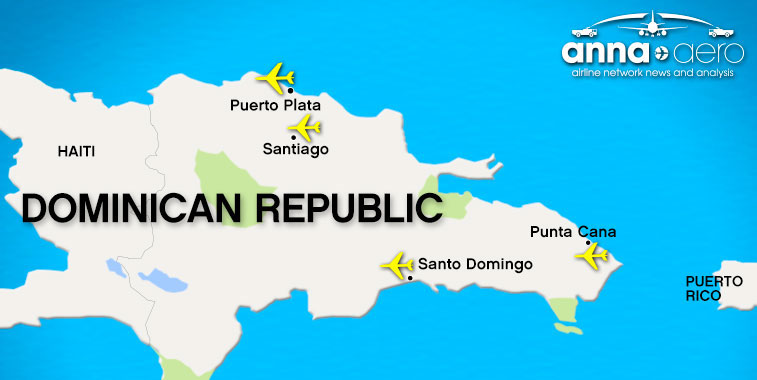 The four main airports in the Domincan Republic handled almost 13 million passengers in 2016 up from under eight million in 2005. Over half of all air passengers arriving or departing the country use Punta Cana Airport.

According to government statistics, scheduled airlines carried 11.5 million passengers to and from the country in 2016 (+4%), while charter airlines contributed a further 1.6 million (+29%). Based on airport survey data almost one third of passengers are aged over 50, while 90% were travelling for leisure, taking advantage of the country’s excellent weather, natural attractions, numerous beaches and golf courses.

For Punta Cana the two busiest months in 2016 were March and August, while for Santo Domingo July, August and December stood out. Analysis of both airports’ overall seasonality using anna.aero’s Seasonal Variation in Demand (SVID) calculator reveals that Punta Cana scores a “good” 2.40, while Santo Domingo does even better with an “excellent” 1.49.

The top four airlines serving the Dominican Republic are all from the US, with JetBlue Airways leading the way with 2.4 million passengers in 2016, representing over 20% of all scheduled passengers. American Airlines continues to hold off Delta Air Lines for second place with United Airlines a fair way behind in fourth place. Of these carriers Delta (+13%) was the fastest growing last year, just ahead of American (+12%). Two other US carriers (shown in bright green) also feature among the top 15 scheduled airlines, Southwest Airlines (in eighth) and Spirit Airlines (15th). 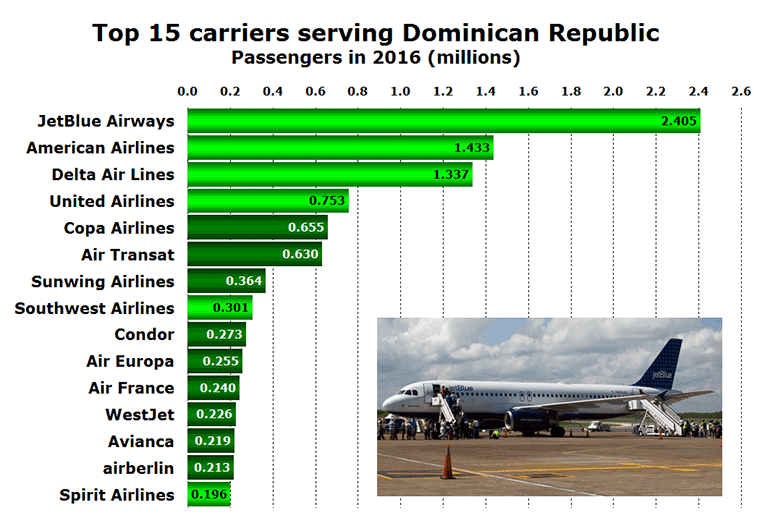 Analysis of OAG schedules data for 2016 shows that flights to and from airports serving New York generated more than three times as many seats as any other, with Miami trailing a long way behind in second place. US cities (shown in bright green) account for seven of the top 15 city links from the Dominican Republic. The leading non-US cities are Panama City, Toronto Pearson  and Madrid. Toronto is joined by fellow Canadian city Montreal in the top 15, the only other country to manage two entries. Among European cities, Madrid beat Paris with Frankfurt (16th), Düsseldorf (19th) and London (20th) just missing out. 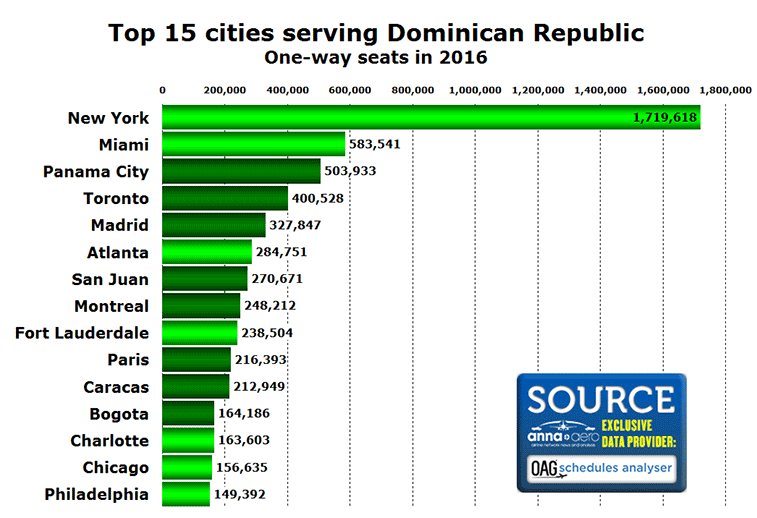 US dominates links to Dominican Republic

Not surprisingly, government statistics confirm that US routes are responsible for almost half of all passengers flying into and out of the Dominican Republic. Canada with 11.3% and Panama 5.5% are a long way behind. The leading European markets (shown in bright green) are Spain, Germany, France, UK and Russia. The top 12 country markets account for 92% of traffic. 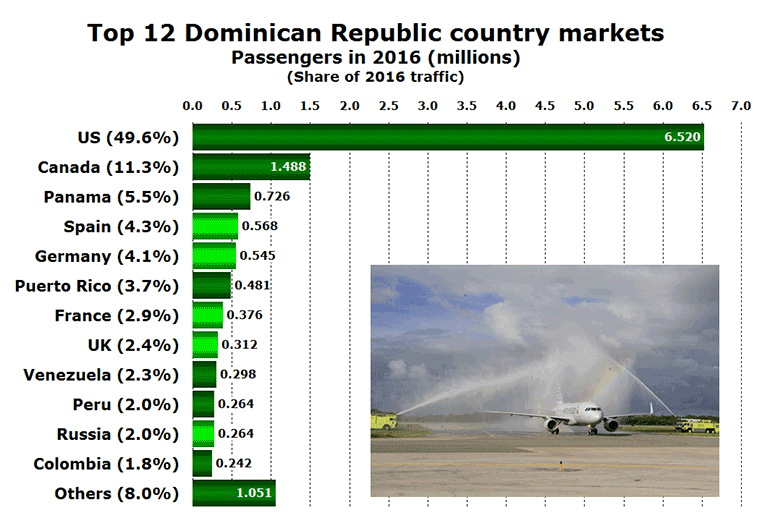 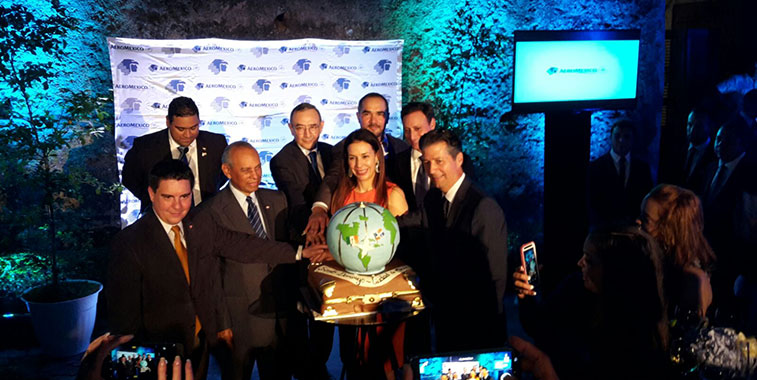 On 16 March 2016 Aeromexico launched a four times weekly service from Mexico City to Santo Domingo using its E190s. An impressive ‘globe’ cake was created to celebrate the start of the only scheduled flights between Mexico and the Dominican Republic.