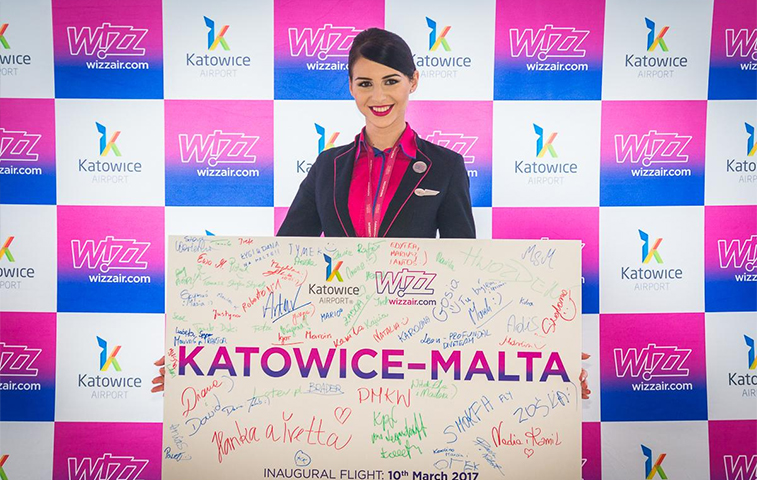 Wizz Air launched flights between Katowice and Malta on 10 March, one of four new services that the airline launched from the Polish airport this week. Katowice is the airline’s sixth largest base, with it being home to 3.7% of the airline’s weekly seat capacity. Wizz Air opened its fifth route to Malta on 10 March when it commenced flights from Katowice to the Mediterranean island. In welcoming the new service, Malta Airport baked this splendid cake. Wizz Air also links Malta to Bucharest, Budapest, Sofia and Warsaw Chopin. While 10 March was the day on which Wizz Air opened a connection between Cluj-Napoca and Bratislava, it was also the day on which the airline celebrated carrying its seven millionth passenger from the Romanian airport. The ULCC will operate flights between Cluj-Napoca and Bratislava twice-weekly (Mondays and Fridays), with no other airline serving the route. To celebrate both the seven millionth passenger and the new route to Bratislava, the Romanian airport baked a cake while a press conference was also conducted by David Ciceo, CEO of Cluj-Napoca Airport and Sorina Ratz, Corporate Communications Manager at Wizz Air.