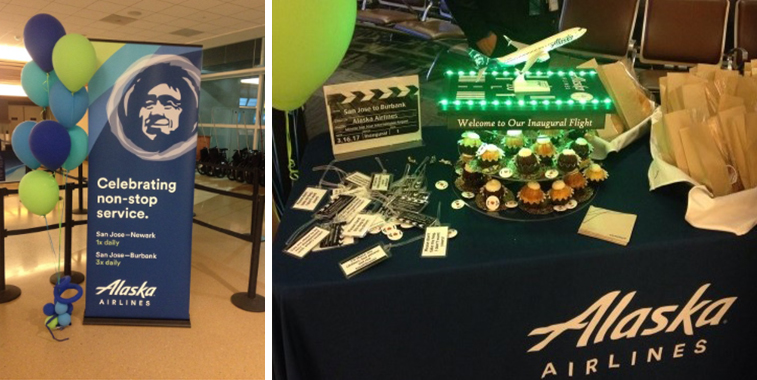 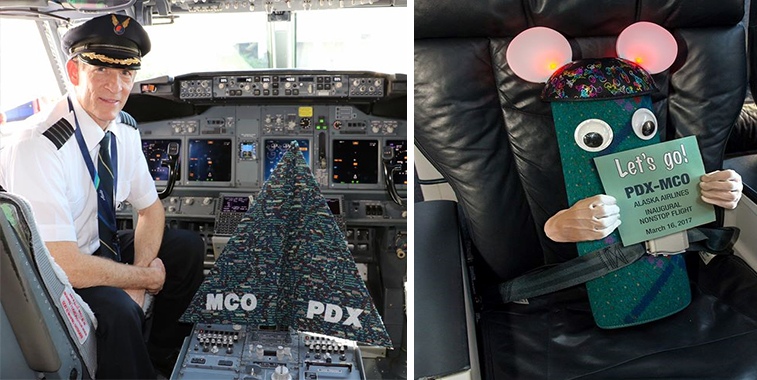 For the inaugural flight between Portland and Orlando on 16 March, both airports teamed up for something that has never been done before, a carpet exchange! PeeDee, Portland Airport’s lovable carpet character was on the first flight to Orlando from Portland, while Orlando sent “McCoy Force One”, a paper airplane made completely out of Orlando Airport carpet, was on the first return flight to Portland. Alaska Airlines will operate the 4,070-kilometre route daily.