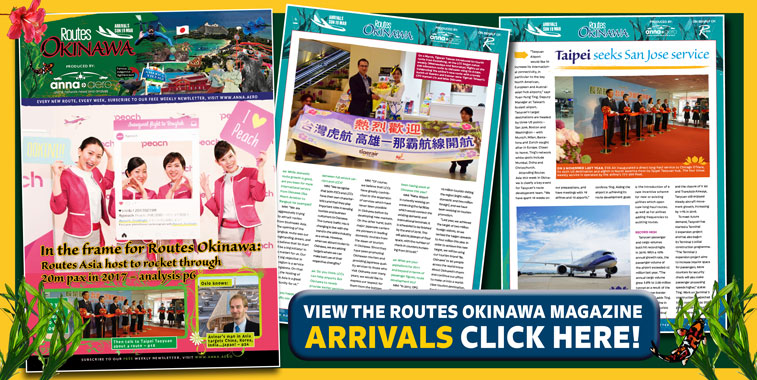 Not jetting into Japan? Read our electronic Arrivals Edition of the anna.aero on-site printed Show Dailies at the 15th Routes Asia conferecnce hosted by Okinawa Naha Airport, Okinawa Convention & Visitors Bureau and Okinawa Prefectural Government. There are 28 pages to enjoy, including an interview with Mitsuyuki Maeda, Director General of Okinawa’s Department Culture, Tourism and Sports, some of our trademark analysis, as well as plenty of pre-show news from attending airports. 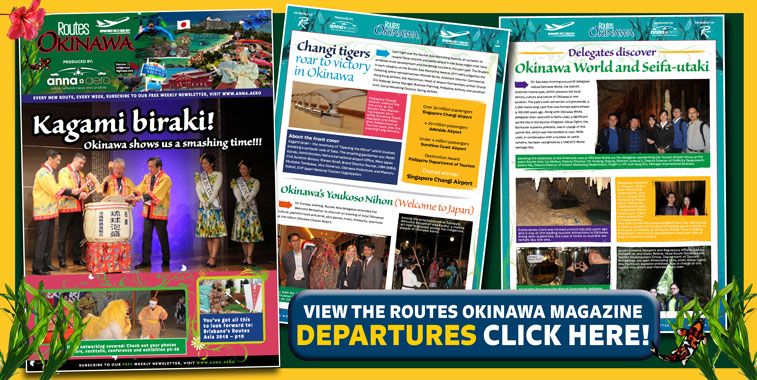 The tours! The networking! The show floor news! The Routes Okinawa Show Daily Departures magazine is crammed full of it all. Its like you are actually there…but without the jet-lag.

After a couple of weeks break, our data elves have got their suitcases and noise-cancelling headphones out again as they congress with Asia’s network planning ninjas and jet into Japan so we can produce the anna.aero on-site printed Show Dailies for the 15th Routes Asia conference, hosted by Okinawa Naha Airport, Okinawa Convention & Visitors Bureau and Okinawa Prefectural Government. For those of you not ‘Big in Japan’ (German synthpop/new wave band Alphaville had a hit with the song of the same name in 1984) at the Okinawa Convention Centre this week, you can catch-up on all our coverage of the tours, networking events and show news here!