Middle East LCCs battle it out for Arch of Triumph supremacy

It doesn’t seem like five minutes since it was Christmas and New Year, yet here we are just days away from the start of S17. As well as hundreds of routes being launched, next week marks the first of this year’s public votes for the weekly Arch of Triumph title. Yes, you the reader gets the opportunity to be judge and jury on the numerous FTWA offerings we will receive from around the world. So before you vote – remember these critical factors 1) Are the water jets meeting neatly over the aircraft fuselage? 2) Do the water jets resemble a pair of leaping dolphins (as you might see at Sea World)? 3) Can you see both fire tenders? 4) Can you see the airport’s and the airline’s branding? 5) Is there minimal apron clutter? 6) Any extra features? Coloured water? More than two water jets? Rainbows? And remember most importantly you have the power to make airport marketing team’s and firefighter’s dreams come true. Keep Monitoring!! 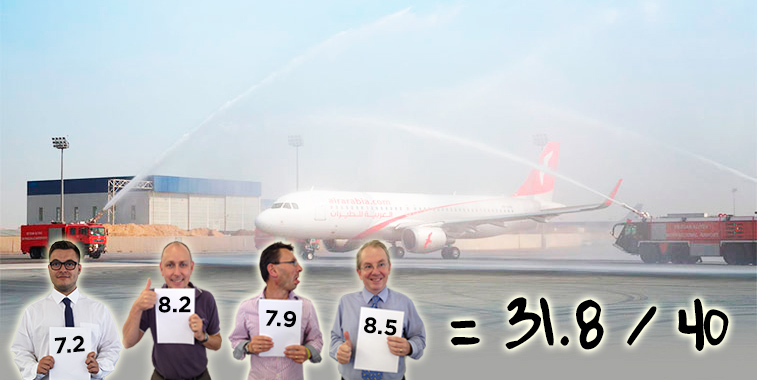 Judges’ comments: We love a double water arch, but when they do not come off there is almost double the disappointment at what might have been. One thing you can say is that both sides of the FTWA are consistent, with both left-hand side water jets level but higher than the two on the right-hand side, which are similarly level with each other, but not with those being produced on the opposite side of the taxiway…ah well…maybe better next time… 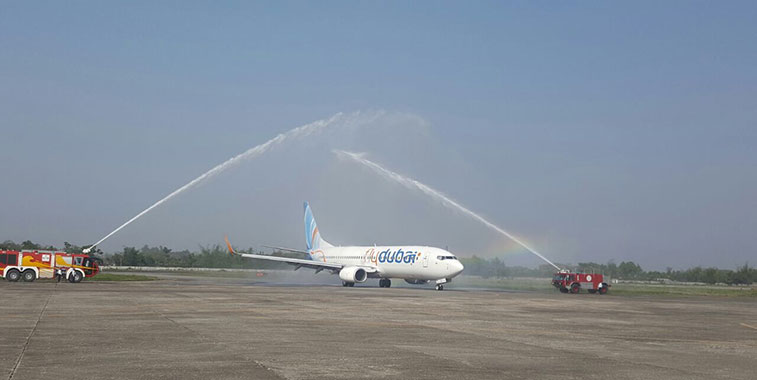 I know about perspective…but that right-hand tender looks tiny!! Is it a child’s toy??

Judges’ comments: As first attempts go, this is not a bad effort from the firefighters at Sylhet. They have even managed to get a tiny rainbow effect close to the right-hand tender. In fact, this is the first FTWA that we have ever received from any airport in Bangladesh. So the gauntlet has well and truly been thrown down to the nation’s other main airports – Dhaka and Chittagong – to prove who is #1…bring it on!!