Kansas City is commended by anna.aero with Cake of the Week victory 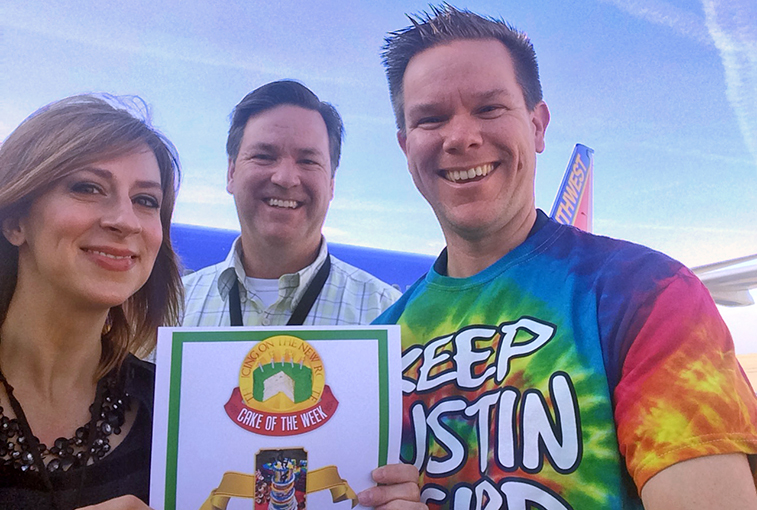 Kansas City this week celebrated winning the anna.aero Cake of the Week award. The airport was given the title for the scrumptious-looking cake it presented at the launch of Southwest Airlines’ new link to Austin. Seen celebrating Kansas City’s win are the airport’s: Kathleen Hefner, Marketing and Communications Manager; Joe McBride, Senior Manager – Marketing and Communications; and Justin Meyer, Deputy Director, Marketing. Another three airports winning SkyTrax awards this week. Michael Eggenschwiler, CEO of Hamburg Airport received the “Best Regional Airport Europe” award category for the third time, following victories in 2011 and 2012. For the tenth time in the past 12 years, Munich Airport was awarded the title of “Best Airport in Europe” and was accepted by its CEO Dr. Michael Kerkloh. For the third time in a row, Günther Ofner and Julian Jäger, Members of the Management Board of Vienna Airport are pictured with the Skytrax Award for “Best Airport Staff Europe“. 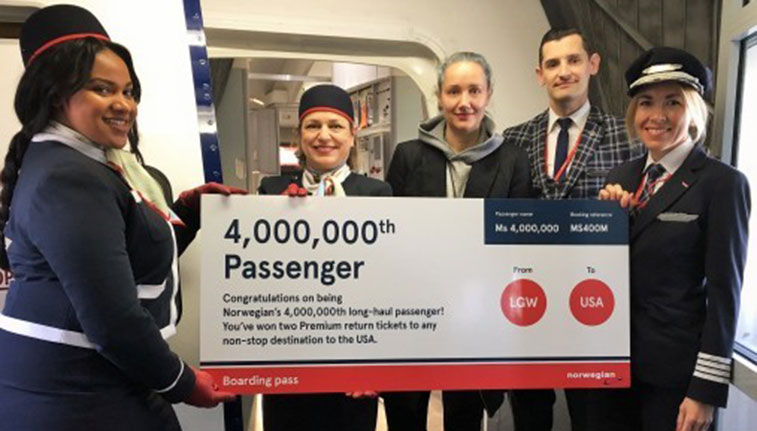 Norwegian has now flown more than four million passengers between Europe and its eight US destinations – New York, Boston, Fort Lauderdale, Orlando, San Juan (Puerto Rico), Las Vegas, Los Angeles and Oakland – since its first transatlantic service began in 2013. It first launched US flights from Scandinavia in May 2013, followed by services from London Gatwick in July 2014. At the end of 2016 Norwegian also launched flights between Paris CDG and the US, with four new transatlantic routes from Barcelona planned to commence in June 2017. Norwegian CEO Bjørn Kjos said: “Reaching this global milestone of flying four million passengers in under four years shows the huge demand for affordable travel across the Atlantic. Our low-cost long-haul flights to and from the US are only the beginning, as we have ambitious plans to continue offering passengers affordable high-quality transatlantic flights, to a range of other global destinations.” To celebrate the milestone, the LCC surprised one lucky passenger in London, Stockholm, Paris and Los Angeles with a pair of return Premium tickets for any Norwegian long-haul flight.