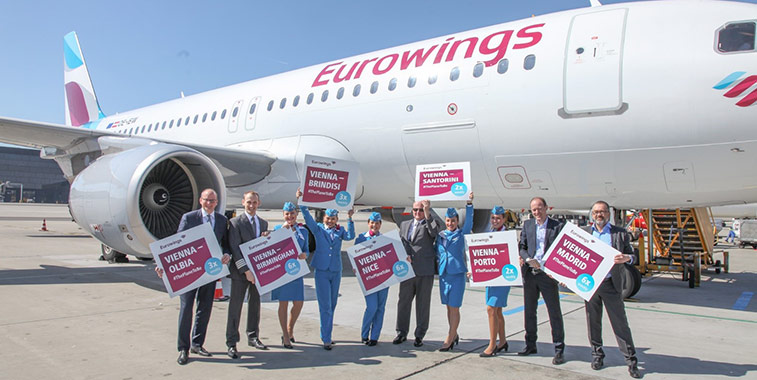 At the start of S17, Eurowings commenced two new routes from Vienna, to Nice and Birmingham. Later this summer it will launch operations to 15 new destinations, including Brindisi, Madrid, Olbia, Porto and Santorini from the Austrian capital city. Joining the crew on the apron were: Julian Jäger, Member of the Management Board of Vienna Airport and Robert Jahn and Dieter Watzak-Helmer, Directors of Eurowings Europe. 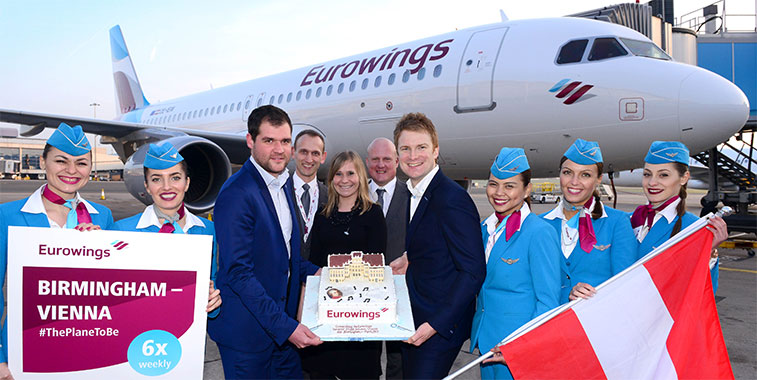