Blue Air opened its first UK base at Liverpool on 26 March with the inauguration of flights to Rome Fiumicino. Routes to Alicante, Hamburg and Milan Bergamo will be launched in the coming days. To celebrate the opening of its first UK base, the airline unveiled a Liverpool-themed livery on the 737-800 which it will base at the airport. Seen posing with the 737-800 in Liverpool, along with the flight crew, are: Liverpool Airport CEO Andrew Cornish; Blue Air CEO Gheorghe Racaru; Blue Air CCO Tudor Constantinescu; and Liverpool Airport Director of Air Service Development Paul Winfield. 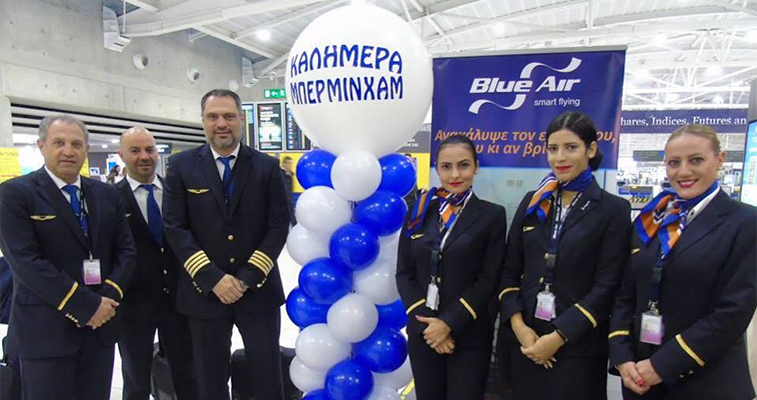 Blue Air on 26 March began its latest route from its Larnaca base, a three times weekly (Tuesdays, Thursdays and Sundays) link to Birmingham. The 3,396-kilometre route will face direct competition from three carriers, namely Cobalt,  Monarch Airlines and Thomson Airways.